Is Weed Legal in Massachusetts? [Updated 2022] 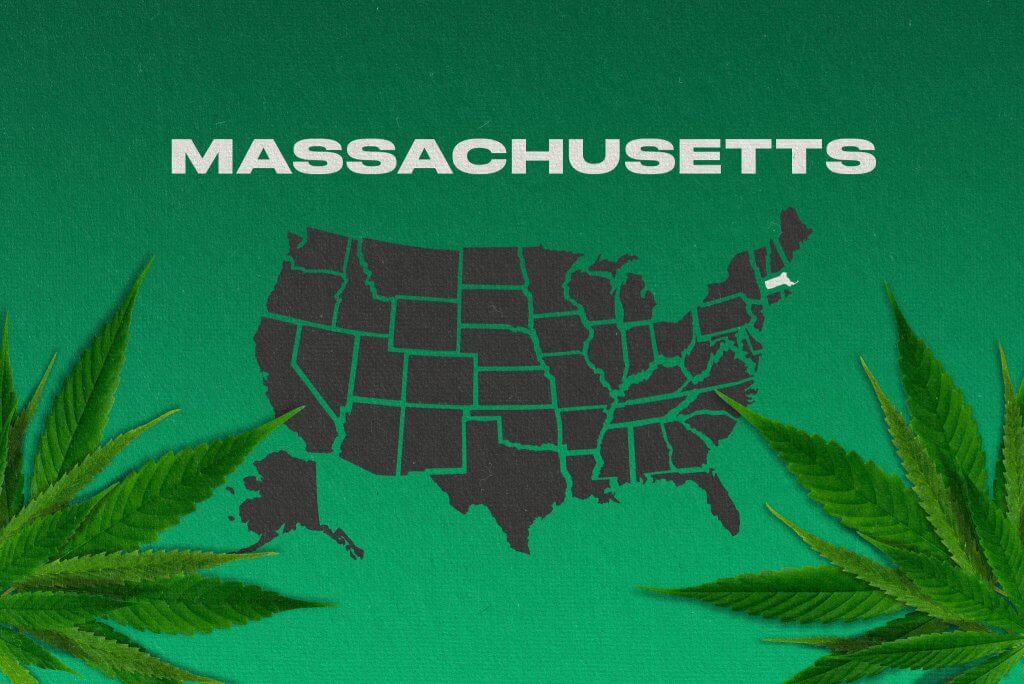 Is weed legal in Massachusetts? Let’s find out.

The state is famous for being a ‘living history book.‘ It’s here that the Mayflower landed with the Pilgrims. It’s also a place of ‘firsts.‘ The first thanksgiving, public library, and lighthouse all took place in MA for the.

Basketball and volleyball were also invented here, facts that explain why the state’s residents are the most diehard sports fans across the US. The list of firsts goes on with Fig Newtons and Dunkin’ Donuts. Both companies launched out of Massachusetts.

MA has been home to some of the most important artists, dancers, musicians, writers, and poets. For instance, Edgar Allen Poe and Theodor Geisel (Dr.Seuss) were both ‘Bay Staters.’

Pair its history with its famous art scene, and it might leave you wondering, is weed legal in Massachusetts? We’re pleased to say yes, and it’s clear to see why this liberal state is pro-marijuana. Being the first state to legalize weed is one thing MA doesn’t have the bragging rights for, however.

Take advantage of all the things this state has to offer. Read on to learn everything you need to know about Massachusetts marijuana laws.

It’s time to delve deeper into the burning question, is weed legal in Massachusetts? The simple answer to this question is yes. In the state of Massachusetts, recreational and medicinal marijuana is legal.

Possession, cultivation, and consumption are all allowed as long as you stick to the rules. Violating the limits set by the law is an offense.

Adults over 21, registered medical marijuana patients, and their caregivers, can purchase marijuana. They must buy weed only through state-licensed dispensaries. These stores can sell you one ounce of cannabis for adult use and 10 ounces for medicinal.

Massachusetts weed laws state that a person can own 10 ounces of cannabis at home. However, they’re only permitted to carry less than 1 ounce in public.

Medical marijuana delivery services are available in the state.

Designated caregivers can transport cannabis from the Massachusetts legal weed dispensary to the patient, but the weed must be in a locked glove compartment or sealed container in the trunk. Failure to do so can result in a fine of $500.

Is buying cannabis legal in Massachusetts?

If you’re 21 years old or over, you can buy marijuana for recreational purposes.

Licensed dispensaries are the only place authorized to sell weed. Under the limitations of the law, you can buy 1 ounce of marijuana or 5 grams of concentrate.

Under Massachusetts marijuana law, cannabis sales are subject to a 6.25% tax and a 10.75% state excise tax. A further state municipal tax of 3% can also incur. These figures put the total tax for recreational consumption up to around 20%.

Registered medical marijuana patients are exempt from these taxations.

If you’re a cardholder, you can buy a 60 day supply of medicinal grade pot at licensed dispensaries. The supply consists of 10 ounces of cannabis. Your healthcare provider may specify a larger quantity on your certificate.

Can I grow my own cannabis in Massachusetts?

MA marijuana legalization allows adults to cultivate up to six cannabis plants. If more than one adult lives in your home, you can have up to 12.

Medical marijuana patients wishing to grow weed plants must apply for hardship registration first. From here, they’re allowed to grow as many crops as it takes to fulfill a 60 day supply. Their caregiver is also allowed to cultivate on the patient’s behalf.

You can find cannabis seeds for sale at many of the local smoke shops and dispensaries. You can also access a broader spectrum by shopping online at a marijuana seed bank.

Is cannabis consumption legal in Massachusetts?

Massachusetts marijuana legalization gets a little more complex when it comes to consumption. Like many other states, it forbids public use. You cannot smoke, vape, or eat weed in public areas.

Smoking cannabis in zones where cigarette smoking isn’t allowed may also result in a fine of $100. Massachusetts recreational marijuana laws only allow you to consume pot on private property.

With that said, many cities across MA have local jurisdictions. They can set their own limitations surrounding public and social use.

The Cannabis Control Commission of MA provides a fact sheet. It’s handy to refer to when you’re unsure about recreational consumption in Massachusetts.

When will marijuana be legal in Massachusetts?

To clarify, for anyone still pondering is weed legal in Massachusetts?

Yes, it’s 100% legal for adult recreational and medicinal use. Voters in 2016 banded together for the legalization of weed in MA. As a result, the Massachusetts Marijuana Legalization Initiative was passed into law.

The new legislation, known as Question 4, turned the old laws on their head. Just over a year later, sales started under the Massachusetts marijuana laws 2018.

Registered medical marijuana patients can buy cannabis from a variety of licensed dispensaries. Worcester, Boston, and North Hampton have many stores to visit in person. You can also opt for online curbside delivery.

To qualify as a patient under Massachusetts cannabis legalization, you must receive certification from your healthcare provider.

Afterward, you can register with the Medical Use of Marijuana Program (MMP). Your registry ID is valid for three years. You can renew it on an annual basis with an agreement from your original health care provider.

Qualifying conditions for the MMP in Massachusetts include but aren’t limited to:

Indica strains are renowned amongst the medical community for easing symptoms of the above conditions. Buy Northern Lights, Diesel, or Crown Royale buds from your dispensary. Alternatively, order autoflowering and feminized seeds online for easy growing at home.

So there you have all the information you need to know to answer the question, is weed legal in Massachusetts? Marijuana legislation across the US is changing rapidly. We understand that staying up to date on current laws can be tricky.

In the months to come, you can expect an increasing number of states to reform their laws further. Stay in the know with Homegrown Cannabis Co., bringing you the latest news and updates across the US.