Is Weed Legal in Michigan? 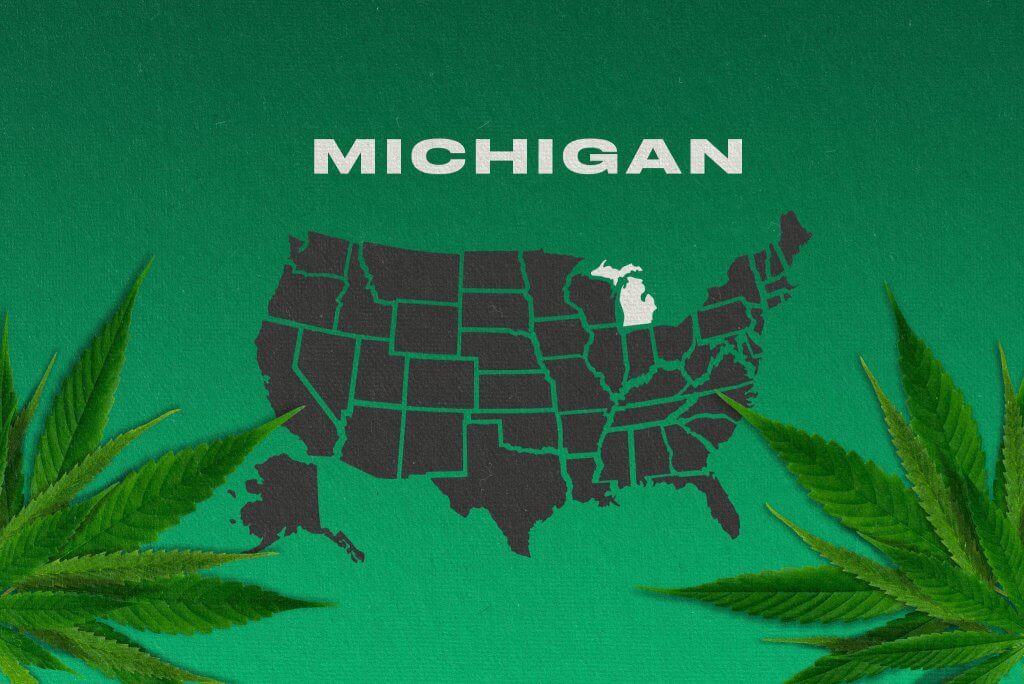 Is weed legal in Michigan? Yes! Not only is Michigan known for its Great Lakes, unspoiled natural beauty, breathtaking beaches, and stunning scenery. The residents can also boast about having legal marijuana.

This state has had a long journey with weed, legalizing it for medical use in November 2008 already. They’ve been thriving for a while and have developed a rich marijuana culture.

Fast forward to November 2018, and recreational weed is legal in Michigan. This state’s growing in the cannabis market.

The Michigan marijuana laws, similar to the cannabis rules in other U.S. states, only allow those 21 and older to be in possession of weed. Outside of their home, this is limited to 2.5 ounces or 15 grams in a concentrated form.

If you’re feeling generous, the law does permit you to give your family and friends some weed, provided its small quantities. The sale of cannabis without a valid license is prohibited.

You can hold a maximum of 10 ounces while at home. When it comes to cultivation at your residence, the Michigan marijuana growing laws allow adults to grow up to 12 weed plants.

If you’re a cannabis cultivator and for any reason exceed the 12 plants limit, you could face a $500 fine. If your violation becomes habitual, you could face imprisonment.

The medical marijuana laws in Michigan are set out in the Michigan Medical Marijuana Act. This regulation stipulates that you would have to suffer from a debilitating condition approved by the state to qualify as a patient.

These individuals can have usable marijuana, or its equivalent, in their possession but only up to 2.5 ounces. There isn’t a law against holding small amounts of weed seeds if you’re storing them for future use.

You can find more details about the laws and any other relevant information online.

Is buying cannabis legal in Michigan?

Purchasing recreational marijuana is legal in Michigan. The limit set for sales is similar to the possession threshold, which is 2.5 ounces.

You can buy cannabis products at retailers that sell only for adult-use. Some towns and townships have decided to keep the ban on recreational sales, but not for long.

While you’re waiting for your town to lift this ban, you can go ahead and grow marijuana at home if you’re interested. You can  buy cannabis seeds online at your convenience.

Can I grow my own cannabis in Michigan?

As mentioned before, cultivation at your residence is permitted. The limit to the number of plants you can grow is 12 per residence.

According to the Michigan marijuana growing laws and the subsequent Michigan Medical Marijuana Act, qualified medical patients can also grow cannabis. The same limit of 12 plants is also applicable to these patients or caregivers.

Whether for recreational or medicinal purposes, the requirement for growing weed is that you must do it within an enclosed area. This zone should be kept locked and not visible to any members of the public.

Is cannabis consumption legal in Michigan?

Although marijuana is legal in Michigan, you’re not allowed to consume it wherever you like. Consuming weed in public is strictly forbidden.

If you think smoking marijuana in your car will be alright, think again, as this too is illegal. Even driving while under the influence of pot is a crime.

You can enjoy your weed in private and out of public view. This means you should avoid public consumption at all costs.

The Michigan Medical Marihuana Program issues a registry ID card to patients who qualify to use cannabis for medicinal purposes.

According to the marijuana laws in Michigan, the qualifying criteria for patients are that they need to have one or more of the “debilitating medical conditions” listed below:

To qualify for the registry card, you need a written recommendation from a qualified medical doctor. The physician needs to certify that the recommended patient is suffering from one of the required conditions and will benefit from cannabis treatment.

This recommendation must accompany an MMMP (Michigan Medical Marijuana Program) application form and the patient’s proof of residency for the state of Michigan. You’ll also need to pay a fee of $60.

A patient who requires a caregiver needs to indicate it on the form. They must submit this together with their proof of residence and a $25 fee. To qualify as a caregiver, you need to be 21 or older and have no drug felony convictions.

With recreational marijuana legal in Michigan, the demand has been immense. This Great Lake state became the 10th state in the U.S. to legalize recreational use.

The Michigan marijuana laws allow you to only have 2.5 ounces in your possession or your residence, provided that you’re 21 or older. If the quantity in your home exceeds this amount, then the law requires you to secure the excess in a container.

Ensure that you don’t exceed 5 ounces in your possession, or you could face a maximum of $500. The law also prohibits you from being within 1000 feet of a playground, on school property, or a school bus if you’ve got any cannabis on your person.

Sharing your marijuana with a friend is allowed as long as it doesn’t exceed 2.5 ounces, your friend is an adult, and there’s no remuneration involved. A quantity exceeding 2.5 ounces and up to 5 ounces is a civil infraction, and you could be liable for a maximum fine of $500.

There are a few towns that still don’t allow the sale of recreational marijuana, so depending on where you live, you might not be able to purchase any. You can, however, invest in cultivation and buy marijuana seeds online.

If you’re a cannabis consumer residing in Michigan, you’re probably enjoying the new laws legalizing the use of weed in your state. Although there’s a fair amount of freedom for recreational users, there are also a few rules to observe.

Remember that not all states are as lucky as yours. So if you find yourself visiting out of state, be aware of their laws to avoid any legal action or interruptions on your weed journey.

« Is Weed Legal in Arizona?
The Best Temperature for Growing Weed »