Is Weed Legal In Minnesota? 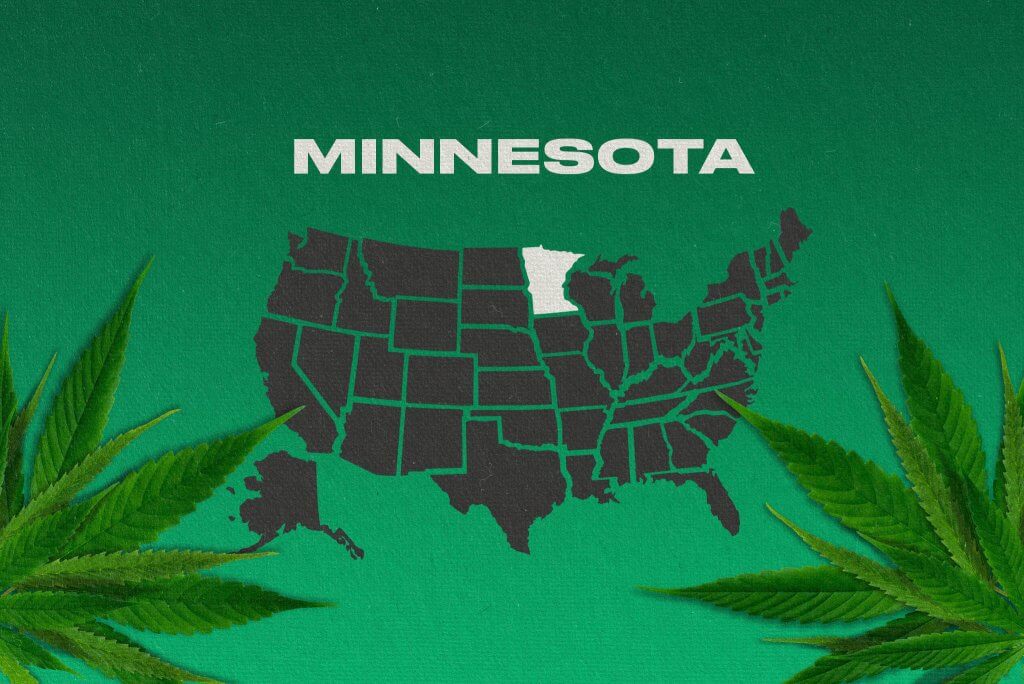 Many people vacation and live there to enjoy the vast number of lakes and cities such as Minneapolis. If you’re a marijuana smoker, you might be interested in visiting, but wonder, is weed legal in Minnesota?

We’re going to dive into everything you need to know about the Minnesota marijuana laws for both recreational and medical use.

Is recreational weed legal in Minnesota?

At the time of writing this article, recreational marijuana consumption is illegal under Minnesota cannabis laws, but it has been decriminalized. If you possess 1.5 ounces of pot or less, it’s a misdemeanor, and you’ll get up to a $200 fine.

Growing and selling cannabis is also illegal, but officials look at it the same way as possession, and the same penalties apply based on the weight of your weed, the plant, and marijuana seeds.

Medicinal marijuana in Minnesota is legal for those who qualify for a card. Patients can have up to a 30 day supply on them at one time. It must be in a non-smokable cannabis product.

To receive a medical marijuana card, your doctor must provide you with a prescription and diagnosis of one of the following;

Adding to the list in August 2021 are sickle cell disease and chronic motor or vocal tic disorder.

Under Minnesota medical marijuana law, if medical weed patients are caught with smokable products, cannabis seeds, or growing or selling, they face the same penalties as a normal resident, as it’s not permitted by the law for them to do that.

If it were legal, patients might want to look at high CBD seeds to grow. These marijuana strains help to treat anxiety, depression, inflammation, stress, arthritis, and migraines.

Is buying cannabis legal in Minnesota?

Buying cannabis is illegal for recreational use. Minnesota medical marijuana patients can buy up to a 30 day supply from a registered dispensary or online.

They can only have non-smokable forms of weed, such as edibles, pills, or creams. Buying weed seeds is not permitted.

Can I grow my own cannabis in Minnesota?

No, both recreational and medical growing of weed is illegal under Minnesota marijuana law.

If either group is caught cultivating cannabis with feminized seeds or any type of strains, officials will take the weight of the plant, and you’ll be fined based on possession. 1.5 ounces or under is a misdemeanor and up to a $200 fine.

Is cannabis consumption legal in Minnesota?

Cannabis consumption for recreational use is illegal under marijuana laws in Minnesota. However, medical use with non-smokable products is legal if you have a card and a prescription.

When will marijuana be legal in Minnesota?

If you’re a state resident and are interested in smoking weed, these Minnesota pot laws might be discouraging you. There’s good news and hope for the future. In May 2021, a bill is in the hands of Congress for legalizing marijuana. It hasn’t been passed yet, but it’s a promising step.

The proposed bill states that those 21 years or older can buy and possess up to 1.5 ounces of marijuana legally in Minnesota. People will also be able to grow up to 8 cannabis plants, and of those, only four can be mature.

You’d be able to buy cannabis seeds online or at a dispensary.

Is weed legal in Minnesota? At this time, recreational marijuana in Minnesota is illegal, and medical is legal. We’re hoping that lawmakers pass the proposed bill for Minnesota weed legalization soon, but we can’t make any promises.

Many other states have been changing marijuana laws to make recreational consumption and growing legal. It’s allowed in more than 15 states such as Michigan, Illinois, South Dakota, and Montana, all midwest states.

We’ll likely see this list grow in the coming months, as there’s a lot of discussion about legal marijuana throughout many states. You can read more about the latest news here at Homegrown Cannabis Co.