Is Weed Legal in Missouri? 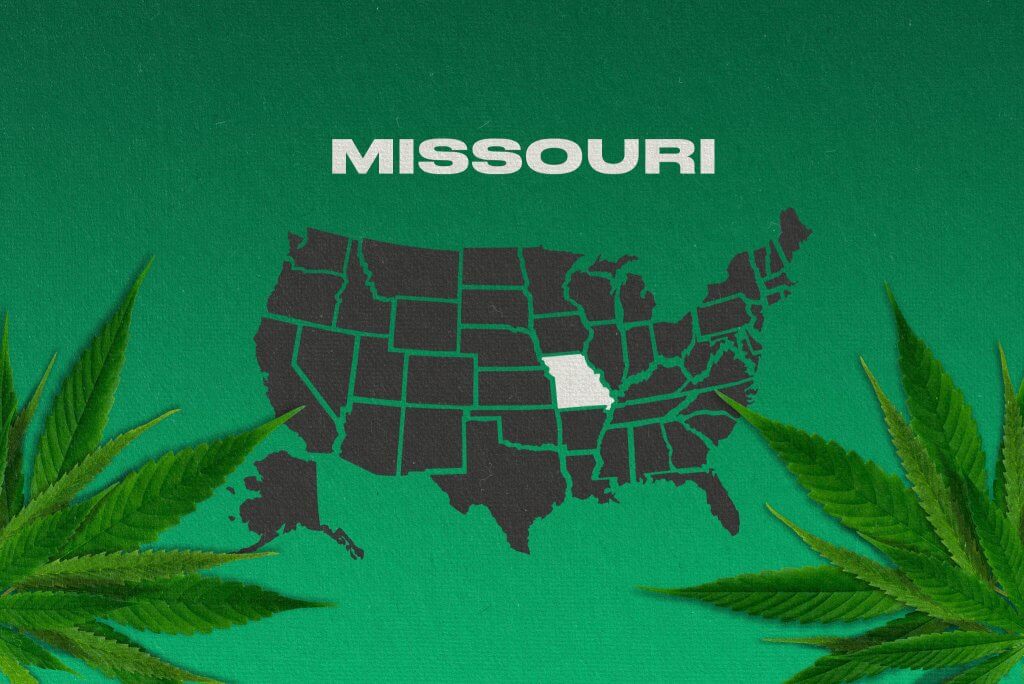 Is weed legal in Missouri? If you live in the Show-Me State and have a soft spot for cannabis, then you’ve probably had this thought before.

The marijuana laws in Missouri are relatively straightforward, but you have to understand the small details to see the bigger picture.

In this article, you can gain valuable insight into the weed laws in Missouri.

We discuss the legality of buying, selling, and using cannabis – both recreationally and medically. Read on to get the answers to the age-old question: is weed legal in Missouri?

In the Show-Me State, lawmakers have mixed views on the consumption of cannabis. Some people can grow, buy, and smoke weed at home, while others are strictly prohibited.

So, what are the Missouri marijuana laws, and when is it considered legal?

First things first, is recreational weed legal in Missouri? No—it’s always been illegal to use cannabis for fun in Missouri. Luckily, it was decriminalized in 2014, which meant reduced penalties, particularly for first-time offenders.

If you’re caught with less than 0.35 ounces of marijuana in public with no priors, you’ll receive a fine of up to $500. Further offenses can result in jail time and a criminal record.

The only way to consume cannabis legally is by being a medical user. In other words, you need to have a qualifying condition and apply for a medical marijuana card.

If you register for a patient cultivation license, you can also grow weed, as stated by the Missouri medical marijuana laws.

Is buying marijuana legal in Missouri?

If you want to buy weed in Missouri, you’ll need to visit a licensed cannabis dispensary. Currently, there are more than 200 retailers that operate online and in-store.

You can purchase your preferred weed varieties by visiting a walk-in dispensary or selecting the delivery option.

The sale of medical marijuana has been occurring since October 2020. The state imposes a 4% tax on all sales that goes towards the Missouri Veteran’s Health and Care Fund.

Remember that the Missouri medical marijuana laws require you to have a registered ID card before you can buy cannabis. What’s more, residents from other states can’t use their medical marijuana card to buy weed in Missouri.

You’re allowed to purchase a maximum of four ounces of unprocessed weed every 30 days. However, it’s possible to receive approval for higher doses if two independent doctors authorize it.

Can I grow my own cannabis in Missouri?

We know that medical weed is legal in Missouri, but are you permitted to cultivate cannabis seeds? Yes, you can—as long as you meet the requirements of the law.

To grow weed at home, you need to have a valid medical marijuana card with approval for cultivation. A qualifying patient can grow their own weed, or they can enlist a caregiver to cultivate on their behalf.

Once you receive the necessary authorization, you can begin growing regular, autoflower, or feminized seeds immediately. However, make sure you pay attention to the cannabis plant restrictions.

Missouri marijuana laws state that you can only have a specific number of weed plants at any time, including:

You need to adhere to many other cultivation rules if you want to keep in line with the Missouri medical marijuana laws.

For instance, your growing location must be secure and properly enclosed. It’s also possible to have a shared cultivation space with another licensed individual.

Is cannabis consumption legal in Missouri?

If you’re a medical marijuana user, you can safely consume cannabis in the privacy of your home. However, weed laws in Missouri have specific provisions for property owners, so make a note if you’re currently renting.

If you’re a tenant, the owner of the property can dedicate a certain area of the house solely for cannabis consumption. They can also limit your use of cannabis to edible form, which means you won’t be able to smoke your stock.

The best way to avoid clashes between your landlord is by approaching them and starting a conversation. Explain your point of view and why you’re required to use medical marijuana. Then, discuss the Missouri cannabis laws and ask them if they’re on board with the situation.

If you don’t have a valid medical marijuana card, you aren’t allowed to consume cannabis in Missouri at all.

Under MO marijuana laws, medical patients and their caregivers can possess a 60-day supply of weed, equal to eight ounces. If the user is authorized to cultivate cannabis, they can hold a 90-day supply of around 12 ounces.

You can receive a $200 fine if you’re caught with more cannabis than you’re allowed to possess. On top of this, you could even lose your medical identification card, so be cautious.

Is weed legal in Missouri for medical purposes?

As you now know, you can only use marijuana in Missouri for qualifying medical conditions, proven by a state identification card.

To apply for a medical marijuana card, visit a Missouri-licensed physician to get a PCF (physician certification form). Then, register with the online portal and fill in the form. You can expect to wait a maximum of 30 days for the state to approve your application.

Under Missouri marijuana laws, the qualifying medical conditions include:

When will marijuana be legal in Missouri?

Since the start of 2021, many individuals and organizations have been pushing for the legalization of recreational weed in Missouri. One of these parties is the Sullivans, a local couple that opened the first medical marijuana dispensary in Kansas City.

They’ve started a petition that they hope will amend the constitution during the 2022 ballot. This is how medical marijuana got approved in the state, and with enough signatures, it’s highly possible.

If you’re a resident of the Show-Me State, make sure you show your support by voting and backing the changes to the Missouri marijuana laws. This way, recreational cannabis might be legal sooner than you think.

A summary of the Missouri cannabis laws

By now, you probably know the answer to the widely-asked question, is weed legal in Missouri? While medical marijuana has been allowed since 2018, recreational use is forbidden but decriminalized. Cultivating weed with feminized seeds, for example, is also reserved for medical patients.

Luckily, all is not lost. New laws might finally legalize the use of this wonderful plant in Missouri, allowing you to grow your favorite weed strains like Orange Skunk Feminized and Black Jack Autoflower.

As of August 2021, over 15 U.S. states have fully legalized marijuana. This list includes Oregon, California, Nevada, Arizona, and Michigan, to name a few. Other states have mixed laws, while only a handful of regions have made it completely illegal.

As society’s view towards cannabis improves, we expect more and more states to legalize weed. If you want to stay updated on the latest developments, make sure to keep an eye on Homegrown Cannabis Co.