Is Weed Legal in Montana? 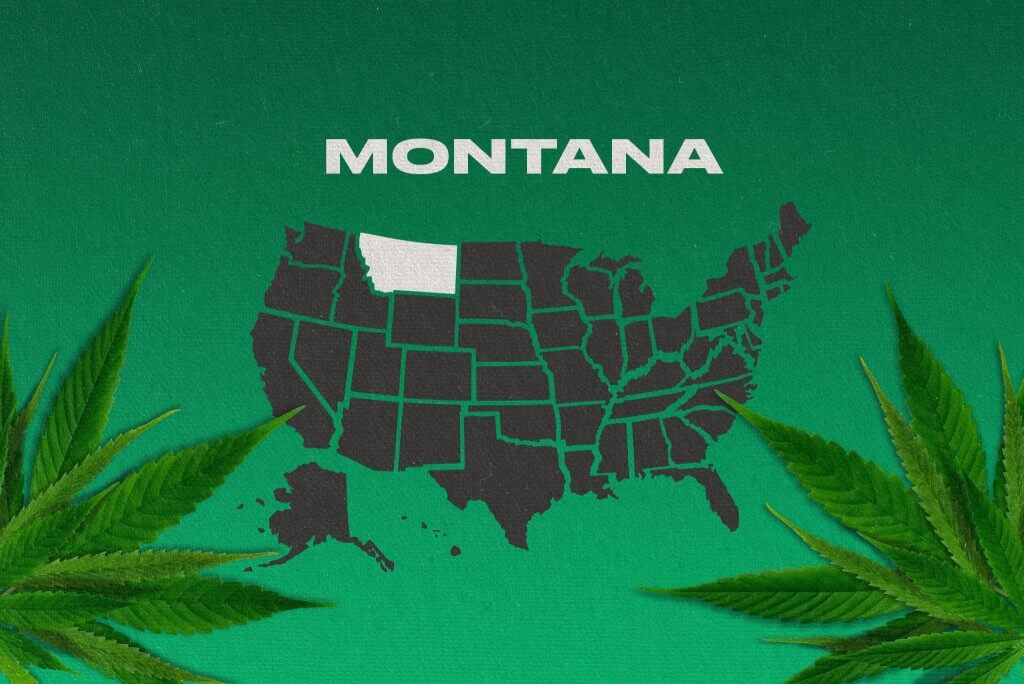 Montana is home to nine national parks, including Yellowstone and Glacier, covering thousands of miles and boasting breathtaking views. Is weed legal in Montana, and can you consume marijuana while hiking in the Big Sky Country State?

We’re going to walk you through the Montana weed laws.

Is medical marijuana legal in Montana?

In 2004, 62% of voters passed the Montana Medical Marijuana Allowance Initiative, making medical weed legal for those who qualify.

According to Montana weed laws, the qualifying conditions for a medical cannabis card in the Big Sky Country State include:

A registered medical cannabis patient can possess up to one ounce of usable weed, including dry herb, concentrate, resin, and other infused items.

Is recreational weed legal in Montana?

Montana voters passed the Marijuana Legalization and Tax Initiative on November 3, 2020. This law went into effect on January 1, 2021.

Adults 21 years or older can possess one ounce of cannabis. When you have more, the charges are as follows:

Is buying cannabis legal in Montana?

Is it legal to buy marijuana in Montana? Yes, buying cannabis is legal in Montana.

According to Montana weed laws, medical marijuana patients can purchase up to five ounces of pot per month, restricted to one ounce a day. Patients can buy from a dispensary or have it delivered by a licensed provider.

Recreational weed users can buy up to an ounce of cannabis from a licensed dispensary. Per Montana weed laws, all marijuana purchases have a 20% sales tax.

For an intense experience, look for cannabis products made from the flowers of Blue Haze feminized seeds. This mostly indica strain contains 23% THC and 0.6% CBD.

It has a sweet blueberry flavor on the inhale and an earthy tangy taste on the exhale. These feminized seeds produce weed plants that pack a punch. Expect a powerful cerebral buzz with soothing body relaxation.

Can I grow my own cannabis in Montana?

According to Montana weed laws, medical cannabis patients can grow up to four mature cannabis plants and four seedlings at a time.

Your marijuana plants can’t be visible to the public. You must also keep the crops in a locked area.

When growing cannabis, opt for strains like Critical Fast Bud autoflower seeds, which only take eight to nine weeks to flower. This fast harvest time is ideal when Montana weed laws restrict the number of mature crops you can have.

These autoflower seeds produce large buds with a generous amount of resin. When mature, this plant contains 15% THC and 0.2% CBD.

Is cannabis consumption legal in Montana?

Is weed legal in Montana for consumption? Yes, it’s legal to consume marijuana for recreational and medical purposes.

Under Montana weed laws, you can only consume pot on private property. It’s illegal to ingest cannabis products on school grounds, busses, or at places of worship. Driving a car under the influence of marijuana is also illegal.

When will marijuana be legal in Montana?

The legalization of marijuana in the Big Sky Country State began in January 2021. As a result, it might take some time for cannabis dispensaries to obtain their license and open up shop. However, it’s already legal to buy, possess, consume, and grow cannabis seeds in Montana.

Since voters passed the Marijuana Legalization and Tax Initiative in 2021, weed has been fully legal in the Big Sky Country State for medical and recreational purposes.

Knowing which states have legalized weed can be complex, so staying updated on the change in cannabis laws is crucial. Recreational use is now legal in more than 15 states, including Montana, South Dakota, Washington, and Oregon.

More states are likely to change their rules in the coming months. You can find all the updated laws here at Homegrown Cannabis Co.

« Is Weed Legal in Kansas?
Purple Weed: Myths, How to Grow & Why Is Some Weed Purple »