Is Weed Legal in Nebraska? 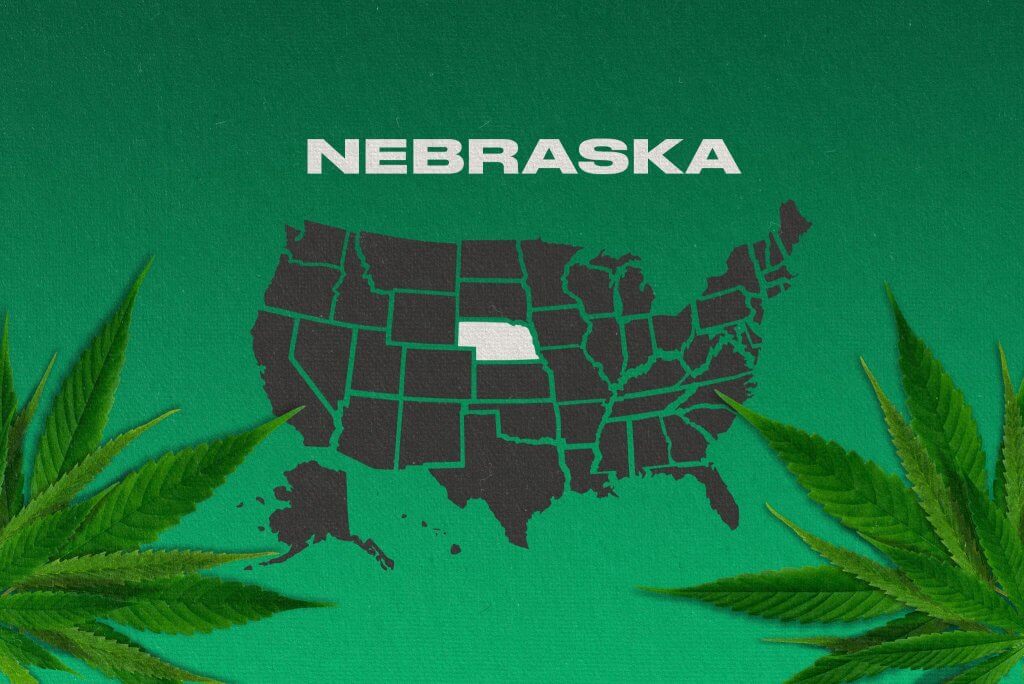 Is weed legal in Nebraska? No. The Cornhusker State outlawed the consumption, cultivation, sale, and distribution of marijuana in 1927. Since then, the state’s cannabis laws saw only a few minor changes.

While lawmakers are tirelessly working toward making medical weed legal in Nebraska, certain factors prevent them from achieving success. For now, residents of the Tree Planter State are limited to educating themselves on cannabis cultivation.

Under Nebraska weed laws, first offenders caught with less than an ounce of cannabis will face a civil infraction, punishable by a $300 fine and compulsory attendance to a drug-abuse education course. The state will deal with subsequent offenses and more significant amounts more severely.

While it may be legal to buy cannabis seeds in the US federally, Nebraska marijuana laws put restrictions in place, dictating what you can and can’t do. Therefore, it’s crucial to familiarize yourself with the state’s laws before purchasing, growing, or using marijuana (including weed seeds.)

Read on as we delve deeper into the marijuana laws in Nebraska.

Will weed be legal in Nebraska? While the state decriminalized possession of small amounts of marijuana for first-time offenders, overall, marijuana remains illegal.

According to a 2017 poll, more than 77% of voters in the Cornhusker State favor legalizing medical marijuana. Despite this, lawmakers have not yet followed through with any significant changes to the weed laws in Nebraska.

Is medicinal marijuana legal in Nebraska? No. Since 2010, legislators in the Tree Planter State have rejected various medical cannabis bills.

This bill effectively changed the Nebraska cannabis laws by allowing the distribution and growth of hemp-derived CBD products, provided that the state’s Department of Agriculture approves them.

In 2020, cannabis activists collected more than 182,000 signatures to place a restrictive medical cannabis bill on the ballot. Unfortunately, a Lancaster county sheriff challenged this initiative on a technicality.

Following the Nebraska Supreme Court’s ruling in favor of the sheriff, the state removed the measure from the ballot. The court concluded that the amendment didn’t meet the state’s strict rules for voter-initiated measures.

If the ballot passed, it would have been a great victory for the Nebraska weed legalization effort. It would have permitted patients with severe medical conditions to obtain a nurse practitioner or physician’s recommendation for the use of medicinal cannabis.

It would also have made the sale of medical marijuana legal in Nebraska.

While waiting for the weed laws in Nebraska to change, residents of the Tree Planter state should use their time wisely and educate themselves on the finer details of regular, autoflower, and feminized seeds.

Is buying cannabis legal in Nebraska?

Is it legal to purchase weed in Nebraska online? No, selling marijuana within state borders is illegal. While it’s legal under federal law to buy cannabis seeds regardless of where you are in the US, laws in the Cornhusker State are stringent, potentially making it illegal as well.

It’s in your best interest to get legal advice regarding this matter before ordering marijuana seeds in Nebraska online.

Nebraska marijuana laws dictate that should you get caught selling or cultivating weed; you’ll face felony charges with the following penalties:

Can I grow my own cannabis in Nebraska?

Is it legal to grow marijuana in Nebraska? While the state allows industrial hemp production with less than 0.3% THC, the cultivation of cannabis is illegal. You’ll be charged with a felony offense if caught growing even only one weed plant.

The penalties associated with this offense are the same as for cannabis retail, outlined above.

Fortunately, there’s progress in the Nebraska weed legalization effort. Soon residents of the Cornhusker state may very well be allowed to cultivate their choice of CBD or high THC seeds at home.

Is cannabis consumption legal in Nebraska?

Is it legal to smoke weed in Nebraska? While cannabis consumption remains illegal, the state decriminalized possession of small amounts of marijuana and the use of hemp-derived CBD products containing less than 0.3% THC.

Under the current Nebraska weed laws, the state deals with the first offense of cannabis possession of less than an ounce of weed with a civil infraction, punishable by a $300 fine. The judge may also order the offender to participate in a mandatory drug education course.

However, the weed laws in Nebraska are more strict when dealing with subsequent offenses and possession of more significant amounts of marijuana. The penalties associated with these cases include:

When will marijuana be legal in Nebraska?

When will weed be legal in Nebraska? Following the failed 2020 attempt to add a medical cannabis bill to the ballot, cannabis activists immediately filed a new initiative for the upcoming 2022 election.

Even though it’s too early to tell and impossible to predict the future, medical cannabis users may be able to cultivate their own medicine at home soon. They should now familiarize themselves with the finer details of feminized and autoflower seeds while waiting for the Nebraska weed laws to change.

Is CBD legal in Nebraska?

Yes. Following the federal government’s removal of hemp with 0.3% THC or less from the Controlled Substances Act, the Cornhusker State followed suit by introducing the Nebraska Hemp Farming Act.

While the state has yet to implement compliance and testing procedures, this bill did amend the weed laws in Nebraska. It effectively legalizes the possession and consumption of hemp-derived CBD products containing less than 0.3% THC within the state’s borders.

Although the Nebraska weed legalization effort may deliver fruitful results in the 2022 elections, it’s too early to tell.

When weed is legal in Nebraska, though, and you decide to cultivate your own cannabis, it’s crucial to only deal with a reputable online seed bank.

Homegrown Cannabis Co. offers a massive selection of the finest quality weed seeds, ready to be packaged and shipped at a moment’s notice.

To stay updated with legislation changes and check the latest news on the US states where weed is legal, stay tuned to our Homegrown Cannabis Co. blog and subscribe to our newsletters!