Is Weed Legal in New Hampshire? 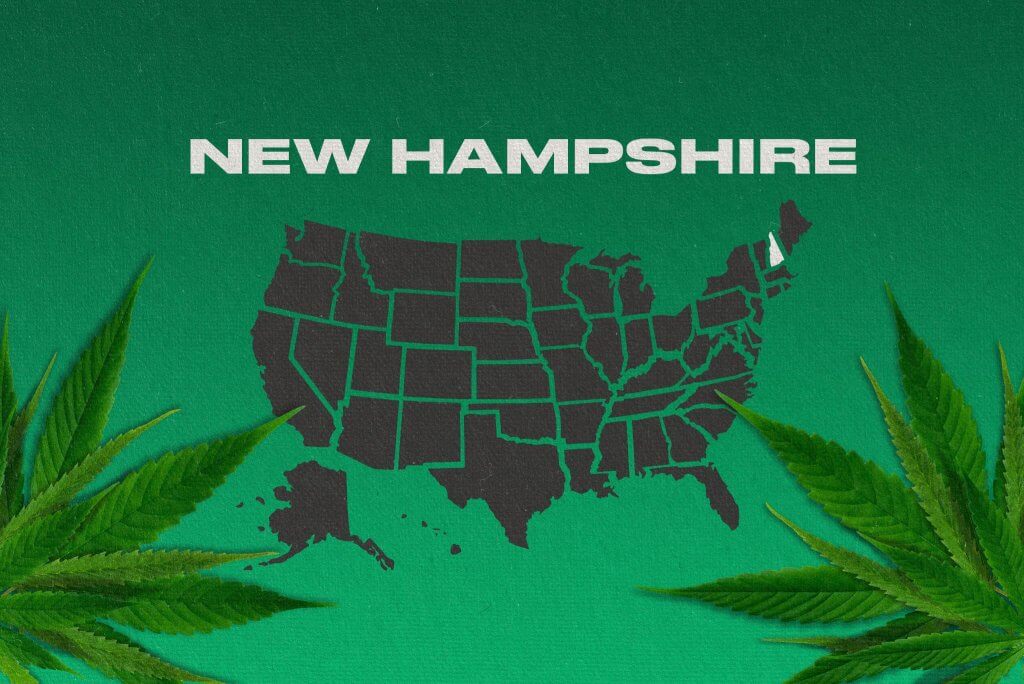 Let’s explore the ranges of the New Hampshire weed laws and determine if you can possess, buy, grow, or consume cannabis in the Granite State.

In 2013, lawmakers passed House Bill 573, making medical marijuana legal in the Granite State. You must have one of the following conditions and display severe symptoms that haven’t improved with other methods.

Once approved to be a medical cannabis user, the New Hampshire weed laws allow patients to possess two ounces of marijuana.

If you possess 0.75 ounces of cannabis or less, an officer will charge you a civil violation and a $100 fine. Under New Hampshire weed laws, when they find you with more than 0.75 ounces of marijuana, it’s a misdemeanor, a $350 fine, and one year in jail.

In 2021, the Granite State proposed House Bill 629, which changed New Hampshire cannabis laws to legalize weed. The Criminal Justice and Public Safety Committee retained the bill, and New Hampshire lawmakers will vote on it in 2022.

The Therapeutic Cannabis Program of the Department of Health and Human Services regulated all medical marijuana. Per New Hampshire marijuana laws, patients must purchase their supplies at the Alternative Treatment Center they chose during registration.

Per New Hampshire weed laws, medical marijuana patients can purchase up to 2 ounces of cannabis in a ten-day period.

Next time you’re looking for a new strain, look for products made from the harvest of CBD OG Kush feminized seeds. The dry herb is mostly indica and contains 1% THC and 15% CBD.

Per New Hampshire medical marijuana laws, you can use the plant from these high CBD weed seeds medicinally for anxiety, insomnia, nausea, stress, or depression. When consumed, this strain takes you to a state of clarity and calmness throughout your whole body.

New Hampshire recreational marijuana users can’t buy any weed products, but they can purchase ungerminated cannabis seeds as collector items. The pot seeds aren’t considered a drug and are legal to buy and possess in this form.

Some highly desirable and collectible cannabis seeds are Green Crack feminized seeds, which Snoop Dogg named. The famous rapper and others fell in love with the high from this strain because of the sativa effects.

When weed is legal in New Hampshire, you’ll be able to consume the dry herb from these feminized seeds, containing 15% THC and 0.5% CBD. This strain is perfect for a wake and bake because it won’t send you into a solid cerebral high but will boost your energy and mental clarity.

Can I grow my own cannabis in New Hampshire?

If an officer catches you growing cannabis plants, they’ll charge you based on possession. When the officer suspects or has proof you’re selling or intend to sell the cultivated marijuana, you’ll receive a stricter penalty.

Per New Hampshire weed laws, the penalties for selling or possession with intent to sell marijuana are as follows.

You can legally buy ungerminated marijuana seeds, but don’t grow them if you want to stay out of legal trouble.

If you want to consume at your place of work, you need permission from your employer to do so. Without your employer’s permission, consuming on the job is considered illegal.

When will marijuana be legal in New Hampshire?

Will New Hampshire legalize weed? We can’t say for sure.

New Hampshire weed legalization is up to the lawmakers. Currently, Governor Chris Sununu is in office for the Granite State, and he opposes legal marijuana in New Hampshire.

New Hampshire residents will have to wait until 2022 to see if House Bill 629 passes. Until then, we suggest only possessing and consuming weed if you’re a registered medical marijuana patient.

Understanding the states where weed is legal can be a headache, so it’s critical to stay updated as laws change. Recreational use of weed is now legal in more than 18 states, including Vermont, Massachusetts, Maine, and New York, with more likely to follow. You can find all the current news on the United States weed laws here at Homegrown Cannabis Co.