Is Weed Legal In New Jersey? 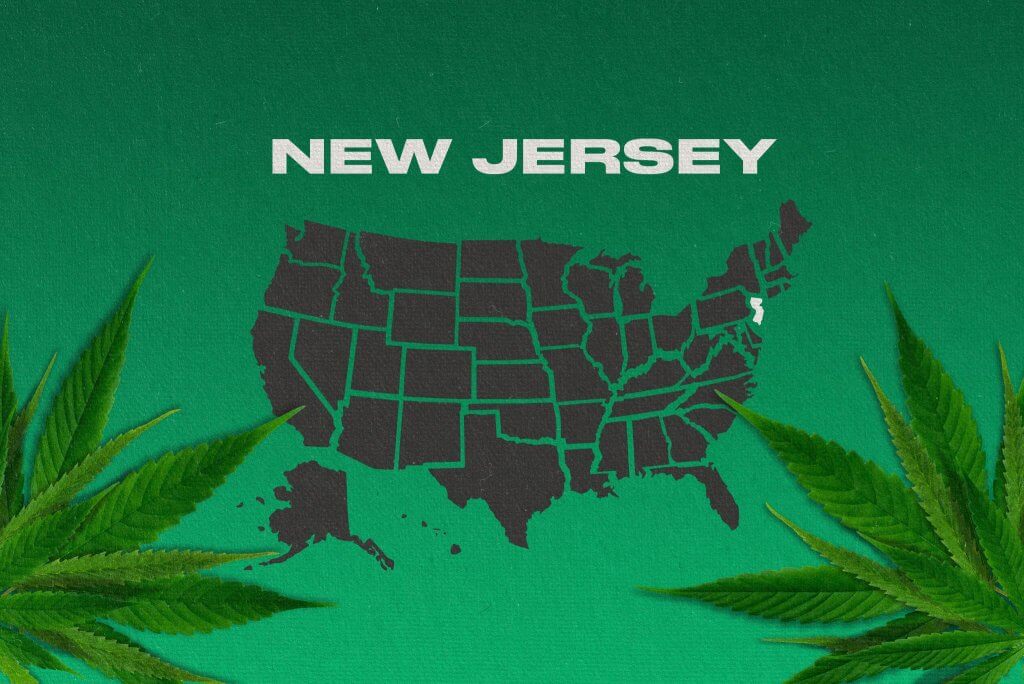 New Jersey has more diners than any other state. What’s the perfect food to relieve the munchies? A 2 am juicy hamburger with cheese fries from your local diner. Is weed legal in New Jersey, and can you enjoy diner food to beat your pot-induced cravings?

Let’s take a look at the New Jersey weed laws and find out if you can buy, possess, consume, and grow marijuana in the Garden State.

In 2010, the Garden State became the 14th state to legalize medical marijuana with the New Jersey Compassionate Use Medical Marijuana Act. This New Jersey weed law came to a halt when legislation changed from Governor Jon Corzine to Governor Chris Christie.

Jake’s Law expanded the medical marijuana program to increase the quantity of weed patients could have, add home delivery, and increase access to medicinal pot with more cultivators, manufacturers, and dispensaries.

Now, per New Jersey weed laws, patients in hospice care or terminally ill can buy an unlimited amount of cannabis. Those with less life-threatening conditions can possess up to 3 ounces in 30 days.

To qualify for New Jersey medical marijuana, you must be diagnosed with one of the following conditions.

During the 2020 presidential elections, voters passed the Marijuana Legalization Amendment, which legalized recreational weed for adults 21 years and older.

Adults can legally possess up to 6 ounces of cannabis in New Jersey.

Medical cannabis patients can buy their supplies at a registered dispensary with their medical marijuana card.

The Garden State is supposed to finalize the rules and regulations on recreational dispensaries in New Jersey by August 2021. After this date, businesses can start applying for licenses.

Although we can’t promise for sure, it’s predicted the first recreational marijuana dispensaries in New Jersey will open by the end of the year.

Luckily, you can buy your pot legally from a reputable online site now. When searching online, look for products from the plants of Super Lemon Haze feminized seeds for a unique psychoactive buzz.

The crops from these seeds contain 23% THC and 0.7% CBD, which will create an intense cerebral high.

Whether you consume this marijuana in New Jersey or elsewhere, you’ll instantly feel energized with heightened senses and more focused. The dry herb from these high THC seeds is perfect for a wake-and-bake or when you need to increase mental stimulation.

Since New Jersey legalized weed, seek out items made from the harvest of CBD Strawberry feminized seeds. It contains 15% CBD, 1% THC, and primarily indica.

When consumed, your body will be in a state of relaxation. You won’t get a powerful head high, rather mental clarity and feelings of happiness. You should use the products from the crops of these feminized seeds if you suffer from chronic pain, post-traumatic stress disorder, anxiety, or epilepsy.

Can I grow my own cannabis in New Jersey?

The new New Jersey marijuana laws don’t permit home growing for medical patients or recreational users. Among all states with legal recreational weed, New Jersey has some of the strictest laws regarding cultivation.

The penalties for growing marijuana in New Jersey are as follows.

You can purchase ungerminated cannabis seeds as collector items or souvenirs because, in this form, the law doesn’t consider them contraband.

Until the New Jersey weed laws on cultivation change, we recommend not growing your own and that you buy your supply online or at a dispensary.

Adults 21 years or older and medical marijuana patients must consume cannabis in a private residence. Consuming in public or your car is strictly illegal.

There are a few dispensaries that allow patients to consume in designated areas.

When will marijuana be legal in New Jersey?

Weed is legal in New Jersey now. The Garden State is working on getting its recreational marijuana dispensaries open as soon as possible.

We aren’t sure if the New Jersey weed laws regarding cultivation will change, so it’s best to buy flowers, edibles, oils, and topicals online or at retail stores for now.

Knowing the states where cannabis is legal can be a headache, so it’s vital to stay updated when legislation changes.

Recreational use is now legal in more than 15 US states, including New Jersey, New York, Massachusetts, and Virginia, with more likely to change their laws soon. You can read about all the latest updates on US weed laws here at Homegrown Cannabis Co.

« Is Weed Legal in Wyoming?
12 Tips on How To Identify Quality Weed Bud: Ultimate Guide »