Is Weed Legal in New Mexico? 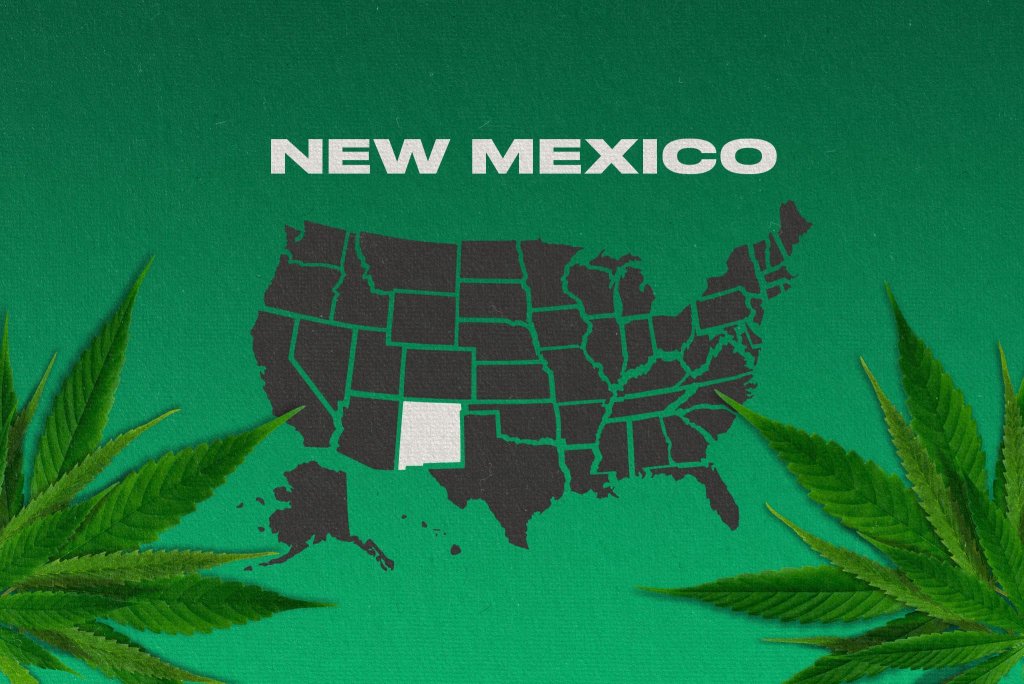 Is weed legal in New Mexico? You probably know that New Mexico was the first state to legalize marijuana for medical use. So what does this mean for recreational use and home cultivation?

Hold on tight and find out the current New Mexico weed laws in the “land of enchantment.”

We’ll take a closer look at the New Mexico marijuana legalization for medical and recreational use and regulations around cultivation.

Is weed legal in New Mexico? Yes, it is. New Mexico was the first state to legalize medical marijuana back in 1978.

Lynn Pierson, a patient fighting testicular cancer, was advised by his doctor to try smoking weed to alleviate the side effects of chemotherapy. After smoking, he found the symptomatic relief was almost immediate.

Lynn decided to lift the green flag of marijuana and began his fight against New Mexico cannabis laws. Unfortunately, he died before the law passed—he may not have been able to obtain cannabis legally, but the law was named after him to commemorate his memory.

To apply for a New Mexico registry card, you must have been diagnosed with one of the 28 qualifying medical conditions like:

Is recreational weed legal in New Mexico? Yes, it is.

You can now possess up to 2 ounces of weed and grow up to 6 plants per person or 12 per household. Remember that these regulations apply for consumption only, not where the intent is to distribute.

Big changes for marijuana legalization in New Mexico are happening as we speak, the most notable one being that the state’s already legalized growing weed.

NM is fully introducing cannabis into its pharmaceutical and recreational commerce. The legal cultivation of marijuana will be a big business for the state.

Soon you’ll be able to purchase weed at licensed retailers and smoke it on the premises of authorized shops legally.

Can I grow my own cannabis in New Mexico?

Yes, you can. The New Mexico recreational cannabis laws allow people 21 and over to possess up to 2 ounces of marijuana. Residents may also grow up to 6 plants at home, or a total of 12 per household.

New Mexico marijuana laws allow you to grow weed. Before you buy marijuana seeds, ensure that you understand the weather conditions, especially if you’re growing outdoors.

New Mexico offers a warmer climate in the south, winters are fairly mild, and most of the rain falls during the summer.

The north is colder, and this is mainly because of the higher altitudes. Summers are warm, while winters get quite cold. Most of the precipitation falls in the late summer,

Watch out for springs; they tend to be windy, dusty, and chilly in March and April.

The New Mexico marijuana legalization is great news! If you’re preparing to grow in New Mexico, we recommend these two weed strains, ideal for this weather.

Sour Diesel feminized: This sativa strain gives you a great kick and lots of energy. It flowers in 10–12 weeks. These feminized seeds require a bit more TLC, making them unsuitable for beginner cultivators.

Though it has higher THC levels at 22% compared to CBD at 0.7%, its medical benefits are fantastic for treating anxiety, arthritis, depression, inflammation, migraines, and stress.

Jack Herer feminized: This is also a mostly sativa strain with a tasty flavor and a well-balanced, long-lasting kick.

It flowers in 8–10 weeks, and it’s also suitable for beginner cultivators. These high THC seeds land around24% and CBD levels at 0.6%, making the strain effective against arthritis, depression, fatigue, inflammation, migraines, and stress.

Growing cannabis indoors gives you more flexibility, as you can control the temperature and humidity of your grow space. When choosing your weed seeds, always ensure that the strain you’ve selected is compatible with indoor cultivation.

Yes, under the New Mexico marijuana laws, you can consume cannabis legally in this state. Possession of up to 2 ounces of marijuana is legal, so go ahead and start growing your own.

When will marijuana be legal in New Mexico?

Fortunately, New Mexico recreational cannabis is already a reality; things are looking up as the state plans to introduce weed cultivation into the state’s economy.

The New Mexico recreational weed laws could amount to $318 million in the first year and create around 11.000 new jobs.

Please note that people who distribute without a license will face prosecution and may also face jail time.

Whether you’re a marijuana grower or user, you should know the law. The legal situation is constantly changing, so it’s better to stay on the safe side and be aware of your state’s position.

More than 15 states have legalized recreational use, including California, Maine, Massachusetts. More states will probably change their laws in the coming months. Find out all the latest news and changes on the US states where weed is legal and stay tuned to our Homegrown Cannabis Co. blog.

Since weed is legal in New Mexico, don’t hesitate to visit our store and browse our variety of seeds. You’re also welcome to join our community of growers, where you can not only learn from others’ experiences but also share your own.