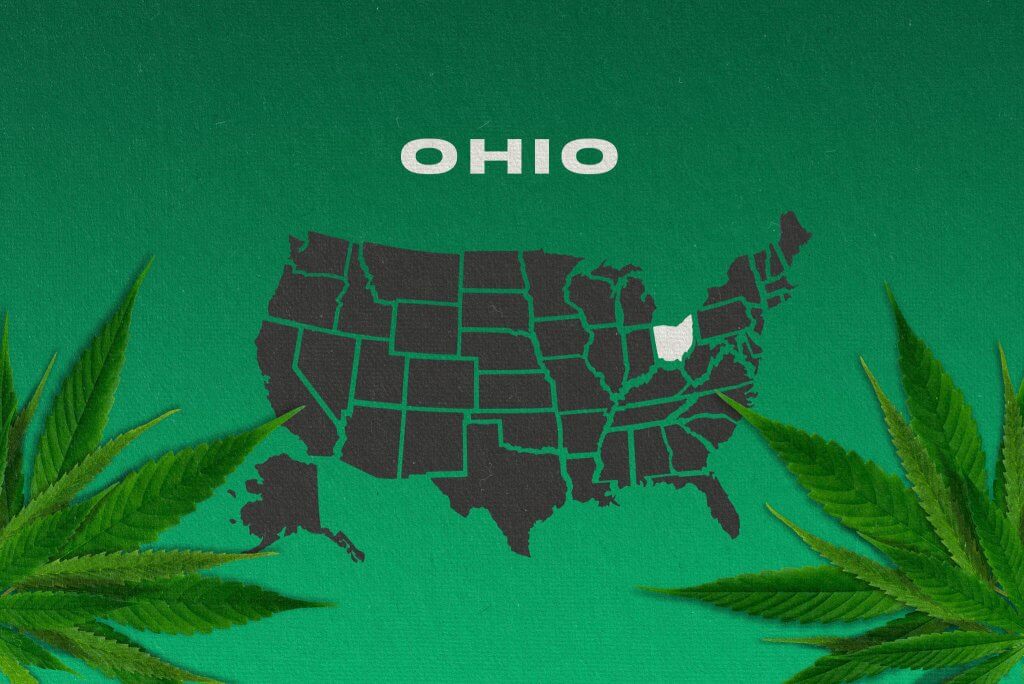 You may be wondering, is weed legal in Ohio?

The legalization of cannabis for medical and recreational use across the U.S.A. appears to be trending. Some states allow the legal consumption of weed for adults.

In other regions, marijuana use is limited to those who have a qualifying health condition.

For those who reside in Ohio, legal weed is only available for medicinal purposes. Even then, legislation is strict regarding consumption methods and the quantities that you can purchase.

Let’s dive right in to find out more!

Marijuana laws in Ohio are quite restrictive compared to other states. The state prohibits the recreational use of weed in all forms.

In 2015, state voters attempted to pass a bill that would legalize the recreational use of cannabis by adults. If passed, marijuana would be taxed and regulated similarly to alcohol.

The proposed bill failed to pass, but legal weed in Ohio might be a possibility soon. In 2020 cannabis was decriminalized in the state. If you’re found in possession of 100 to 200 grams, it’s considered a minor misdemeanor, and you’re liable for a fine of upto $150.

This change has resulted in recreational users purchasing weed seeds and visiting reputable sites like Homegrown Cannabis Co. for marijuana-related information. There’ll be another proposed bill for legalizing recreational marijuana in 2021.

The state currently classifies marijuana as a schedule 1 substance. This means that there’s a high potential for abuse with this product. Its medical value is generally not recognized, except in a few instances.

Driving under the influence of cannabis is still classified as a serious crime. Defendants convicted of a first offense OVI will face a fine of between $375 and $1,075, at least three days (and up to six months) in jail, or both. Their license could also be suspended for up to 3 years.

Is buying cannabis legal in Ohio?

If you want to buy cannabis seeds or high THC seeds, you’re likely to get in trouble with the law. Ohio marijuana laws only permit sales to caregivers or patients of specific medical conditions. You can only purchase limited quantities.

Medical marijuana cardholders may get up to a 45-day supply of legal medicinal cannabis. The level of THC determines the maximum purchasable amount in each form of available weed.

You can buy the following forms of legal weed in Ohio:

There are several licensed dispensaries in the state. Some even offer curbside pickup services. To use these services, you must have a medical marijuana card. The cards expire annually, and only cards issued in Ohio are accepted.

Can I grow my own cannabis in Ohio?

Patients that need cannabis often consider growing their own plants and get high CBD weed seeds from a marijuana seed bank. Unfortunately, marijuana laws in Ohio prohibit the cultivation of this plant.

The penalties increase with subsequent offenses. The distance between the proximity of the violation to schools and children also impacts the severity of the charges laid against offenders.

Proposed constitutional amendments that aim to legalize recreational marijuana will see cultivation laws relax as well. The proposed changes will allow up to six plants per household, with three in the flowering state.

Many restrictions will still apply, such as the concealment of the grow area, and growers won’t be able to put their cannabis seeds up for sale. These changes depend on if marijuana will be legal in Ohio for recreational purposes..

Is cannabis consumption legal in Ohio?

Medical cannabis is strictly regulated. You need to undergo an application process that involves registering with the MMCP. To apply, you need to be an Ohio resident and receive a physician’s diagnosis of a qualifying condition.

The medical professional must be board certified and approved by the state to recommend medical marijuana. You then need to create an online patient profile and pay a registration fee.

Veterans and patients with indigent status are eligible for discounts at many dispensaries. They will need to provide document proof of said status during registration.

You can add a caregiver’s details if you need to elect one. These individuals must be older than 21 and may only care for a maximum of two patients. All medical marijuana legal in Ohio is subject to lab testing.

If the general public wishes to add to this list, they can sign petitions and submit them to the medical marijuana control program.

The state doesn’t permit recreational marijuana. If you’re found in possession of between 200 and 1000 grams of weed, it’s classified as a fourth-degree felony. Larger amounts of cannabis result in harsher consequences.

When will marijuana be legal in Ohio?

There’s no clear indication of when there will be a relaxation of cannabis laws in Ohio. However, decriminalizing the substance is a step in the right direction.

Growers and stoners alike look forward to an amendment in the bill so that products like feminized seeds and Gorilla Glue #4 seeds are no longer illegal.

Even though cannabis is only legal for medical purposes, Ohio is one of the first states in the midwest region to start relaxing some of the legislation regarding cannabis. Growers who buy cannabis seeds and related products in Ohio risk trouble with the law.

Fortunately, residents of the state may petition for amendments to the current legislation. If you’re passionate about marijuana, consider signing the petition today.