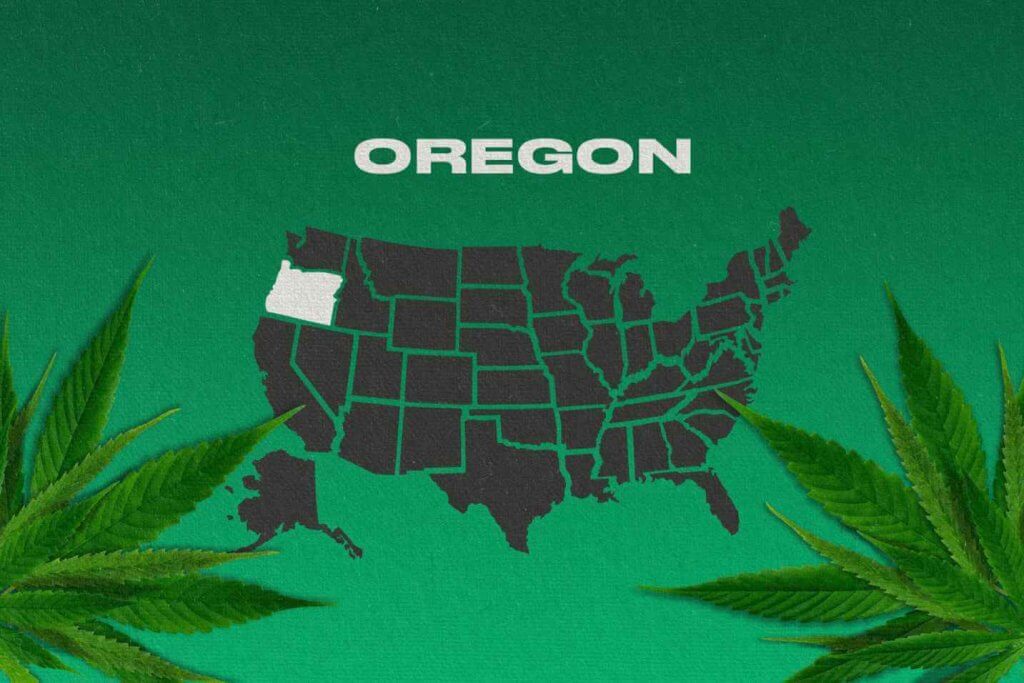 They are known as the 33rd state of the U.S. and one of the top manufacturing states of wood products. Oregon, like a few other states, has had marijuana legal for some time now. Since weed is legal in Oregon, sales have been increasing rapidly.

The COVID-19 pandemic currently gripping the country didn’t even deter the sales of marijuana. A top cannabis advisor referred to the weed industry as ‘pandemic proof.’

All this positive news makes you wonder how strict the Oregon marijuana laws are. You don’t have to worry; we’ve got you covered.

Read on to find out more about the regulations regarding the use and sales of legal marijuana in Oregon.

Adults 21 years and older are allowed to buy, possess, and use recreational weed. However, there are certain limits enforced.

Have a look at the table below of the penalties linked to the various quantities of possession:

The possession laws also extend to other forms of marijuana products. The list below indicates the legal amount of each product you’re allowed to have on your person in public:

Although recreational marijuana is legal in Oregon, you can’t consume it in public. To avoid any penalties or infringements, you shouldn’t use weed in the streets, playgrounds, recreation areas of apartments, or any amusement parks.

Yes, this includes using cannabis on your property and in view of other residents. If you’re going to consume it on your private property, ensure that no one can see you.

Remember that smoking is the same as consuming. Therefore, the legal age to smoke weed in Oregon is also 21 years and older.

When sharing your pot with others, ensure that you keep the possession limits in mind. Don’t accept any remuneration for the weed you’ve gifted, as this is illegal.

The limits you’re allowed to have on you when at home or on private property are identical to the amounts indicated in public possession. The only exception is the usable weed that has a limit of 8 ounces instead of 1 ounce.

If you don’t own your residence, you should consider the opinion of your landlord or the owner. They’re allowed to forbid your use of cannabis, although weed is legal in Oregon.

Is buying cannabis legal in Oregon?

With legal weed in Oregon, purchasing cannabis or any of its products is no problem. With a valid ID, any adult 21 years and older may buy weed, edibles, cannabis concentrates, and clones.

You can also buy cannabis seeds and a few other items which contain cannabinoids. The list for permitted possession limits above indicates the rules for weed purchases allowed per day.

If your regular purchases are mostly products, then you should familiarize yourself with the limits of THC per container.

Can I grow my own cannabis in Oregon?

As per the current Oregon marijuana laws, cultivate your own weed is allowed. The law further indicates that you need to be 21 years or older, and it limits cultivation to four cannabis plants per residence.

If you decide to start growing, look at the variety of cannabis seeds available at an online marijuana seed bank. The range includes Gorilla Glue 4 seeds or the ever-popular Big Devil autoflower seeds.

Remember to gain permission from your landlord before starting the growing process. They do maintain the legal right to prevent you from cultivating cannabis on their property.

Once you’ve started sowing your marijuana seeds, ensure that the area is enclosed and secluded. Keep in mind that you may not have more than four cannabis plants. There’s a fine of $125,000 and jail time if you cultivate more than this set limit.

If your residence is within 1000 feet of the local school, you can’t grow any weed on your premises. You could incur a maximum fine of $375,000 and 25 years of incarceration for growing your marijuana near a school.

Is cannabis consumption legal in Oregon?

Although consuming weed is allowed, you may not do this in public. Using marijuana is strictly permitted on private property only.

This restriction also includes smoking in your vehicle. You should avoid this even if your car is parked and also if you’re the passenger.

Driving after using weed at home could get you charged with DUI. This could mean jail time, fines, and suspension of driver’s license.

There’s a legal process to follow to qualify for medicinal marijuana: the patient must be diagnosed with a qualifying condition by a licensed MD (Licenced Doctor).

The conditions could be anyone from the list below:

There are also treatments given for illnesses that could result in any of the following:

To make a legal purchase of cannabis for medicinal purposes, you need to have a marijuana medical card. Application for this card requires you to submit a completed form together with a written motivation from your physician.

These documents, your ID, and a $200 fee completes the application process. A patient is required to pay an additional $200 if he/she wishes to cultivate weed.

The Oregon medical marijuana growing laws permits patients or their caregivers to produce a maximum of six mature plants and twelve immature ones. However, if you qualify for medicinal cannabis, you still need to apply for a license to grow.

The laws regarding recreational weed are primarily similar to other U.S. states with legal weed. They all require you to be 21 and older before using, buying, or growing.

The smoking of pot should only take place in your residence or private property, and when you’re out in public, don’t exceed the limits set for possession.

If you’re planning a vacation out of state, then it’s best to leave your weed at home. Transporting weed to another state is illegal.

To ensure that you’re permitted to buy weed there, you should also check out the other state’s laws before traveling. Although weed is legal in Oregon, the same isn’t true for others.

When will weed be legal in Oregon?

The state joined the green train almost fifty years ago, decriminalizing it in 1973.

Now with recreational marijuana legal in Oregon joining the party, the state is flourishing.

Ever since recreational weed is legal in Oregon, the sales have been highly positive. It’s, therefore, safe to say that this state has welcomed the change in the marijuana laws with great enthusiasm.

Although the regulations are strict, it’s a small price to pay for the freedom cannabis lovers now enjoy.