Is Weed Legal in Pennsylvania? [Updated 2022] 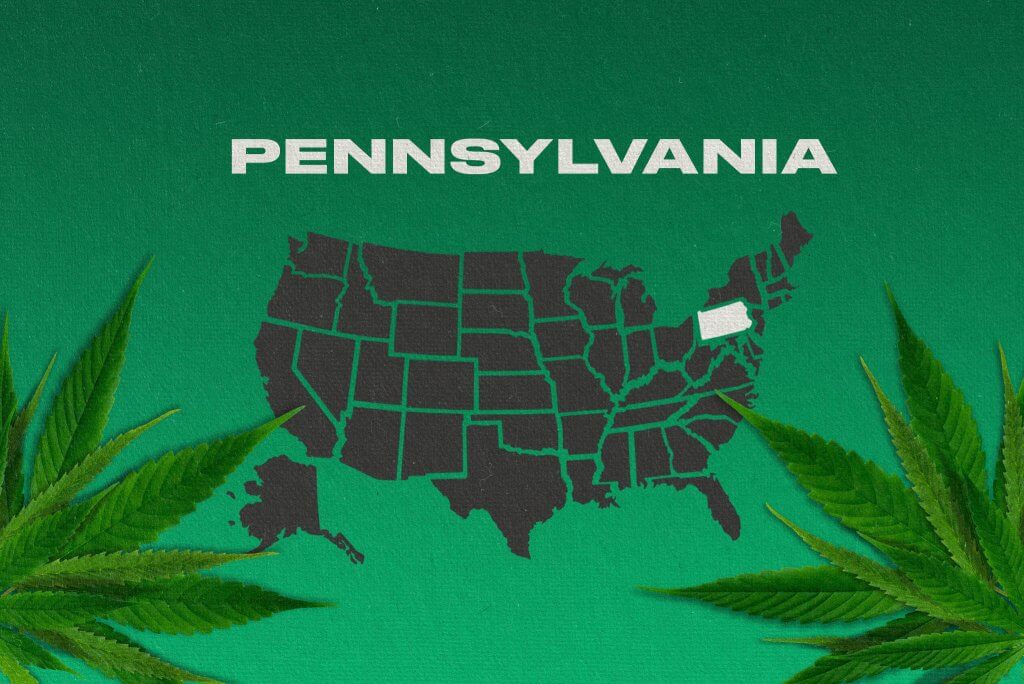 Pennsylvania is known as the Keystone State since it’s built many of the legal foundations in America. Since it’s a trailblazer of many legal policies, you may be wondering, “is weed legal in Pennsylvania now?”.

In recent years, marijuana advocates have gained ground on the discrimination and legalization of medical and recreational cannabis use.

Read on as we discuss the current Pennsylvania marijuana laws regarding growing, medical use, and recreational use.

It’s a tricky question to answer as in some cases it’s legal, and other times, you may face grave punishments.

Let’s break it down:

Medications like opioids have caused countless problems, such as accidental overdose and addiction. Considering that approximately ten Pennsylvanians lose their lives daily to a substance use disorder, regulating drug and substance laws is essential.

Many people suffer from severe ailments, and cannabis is a safer way to treat some of the symptoms. Understanding when is weed legal in Pennsylvania for medical use is essential.

In April 2016, the state made marijuana legal in Pennsylvania for medical use only, and since February 2018, it’s been available on prescription at dispensaries throughout the commonwealth.

The good news is that Senate Bill 350 (Pennsylvania General Assembly, 2019), which will make changes to Acts 3 (Agriculture), 18 (Criminal offenses), and 42 (Judiciary and Judicial Procedure), has been proposed and is currently under discussion. This act will legalize and regulate recreational Pennsylvania legal marijuana use.

The bad news is that it’s currently illegal, and you could get 30 days in prison and a $500 fine for having 30 grams or less in your possession. Growing your own with cannabis seeds can also get you serious jail time.

So, is smoking weed legal in Pennsylvania? Not for recreational use.

Is buying cannabis legal in Pennsylvania?

It depends. To make a Pennsylvania weed legal purchase, you must be registered and certified by a medical professional. Then, you can buy cannabis from any dispensary.

Possession of small amounts of weed is decriminalized in some areas, but it’s not worth the risk of prison time and fines.

Can I grow my own cannabis in Pennsylvania?

Is marijuana legal in Pennsylvania for growing? Cultivating cannabis plants is a rewarding experience. Some strains, such as Gorilla Glue 4 seeds, are beneficial for medical conditions like anxiety and arthritis.

Unfortunately, growing weed could get you 2.5 to 5 years of jail time and a $15,000 fine, even if it’s for personal use. To make weed legal in Pennsylvania, Senate Bill 350 must be passed, which may allow limited home growth for medical marijuana patients.

If it becomes legal, you could buy marijuana seeds online at super affordable prices. Since it may only be an option for medical marijuana patients, remember that high THC seeds, such as blue haze, help conditions like chronic pain. High CBD weed seeds, like CBD cheese, are excellent for anxiety.

Is cannabis consumption legal in Pennsylvania?

The Pennsylvania marijuana laws in 2021 permit registered medical cannabis patients to consume weed, making it legal for medicinal use only. There are a few loopholes, though, since, in some places, a minimal amount is decriminalized.

Let’s break down this sticky situation (no pun intended):

Those who are licensed medical weed patients can legally consume cannabis. There are four steps to get medical marijuana (Commonwealth of Pennsylvania, N.d):

Is weed legal in Pennsylvania 2020-2021 for recreational use? The straight answer: No. Marijuana advocates are making great strides in legalizing it, but currently, you shouldn’t risk it.

By law, you have to be a medical marijuana patient to purchase or possess cannabis in any form. There are many laws and penalties to prevent recreational use in any form. Here are some of the charges:

When will marijuana be legal in Pennsylvania?

This year (2021), Governor Tom Wolf declared that legalizing marijuana is a top priority. He added that it would help with economic growth and restoring justice. So to answer the question “when will marijuana be legal in Pennsylvania?”- soon (hopefully).

There’s hope that recreational marijuana laws will change for the better. If the government pass bill 350, people over 21 will be able to smoke cannabis recreationally, and they can grow cheap weed seeds. Those who’ve been incarcerated for non-violent marijuana crimes will be released.

The glimmer of hope is getting brighter with more political leaders advocating for weed. Many are starting to see the health benefits and realizing the unfairness of incarcerating people for non-violent marijuana crimes.

A change is coming and hopefully, in the next few years, weed enthusiasts will have more freedom. Until then, Pennsylvanians will have to stick it out until they can live the high life and buy their first marijuana seeds.

« Is Weed Legal in California? [Updated 2022]
How to Set Up Grow Tent Ventilation »