Is Weed Legal in Rhode Island? 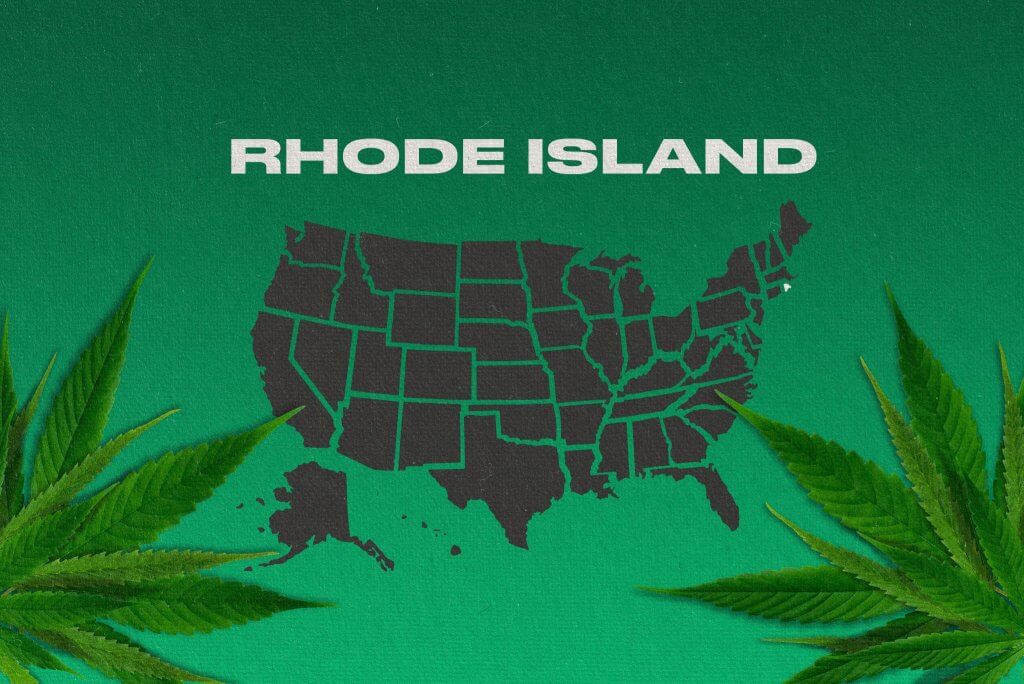 Is weed legal in Rhode Island? Whether you’re a resident or a visitor, you may be eager to know what the laws are surrounding cannabis use in Little Rhody.

It’s not always easy to stay up to date with the marijuana rules and regulations in the USA as they change all the time.

In 2012, Washington became the first state to legalize recreational cannabis use, and 17 states have followed since. This may leave you confused as to whether weed is legal in Rhode Island.

We’re in high hopes that America will be a weed-friendly country one day, and you’ll be able to smoke your Black Jack autoflower buds freely.

Until then, we’ll keep you updated on all the legislative decisions made throughout its regions.

For now, we’ll walk you through the ins and outs of ganja use in Rhode Island.

In Rhode Island, marijuana has been decriminalized in small amounts for recreational use.

This means that it’s not legal to buy cannabis products, but if you’re caught in possession of less than 1oz. you’ll be subject to a civil penalty and a fine of no less than $150.

You’ll be charged with a misdemeanor if you receive three citations within 18 months.

In Rhode Island, medical marijuana is legal for those who have qualifying conditions and are in possession of a remedial cannabis card.

If you would like to register as a patient, you’ll need a written letter from your physician confirming you suffer from a debilitating condition and that the benefits of weed will outweigh the risk for you.

If you suffer from one of the below qualifying conditions, you can get a weed card.

Is weed legal in Rhode Island to buy? You’ll only be allowed to purchase cannabis if you’re a registered medical marijuana user with a legitimate cannabis card. If you’ve got a license, you can buy weed seeds from a recognized dispensary, like our marijuana seed bank.

According to the marijuana laws in Rhode Island, it’s not yet legal to cultivate crops for recreational use. But it won’t hurt to stock up for the day you can grow—as long as you don’t germinate the seeds.

Can I grow my own cannabis in Rhode Island?

Is weed legal in Rhode Island for cultivation purposes? Only registered patients may germinate cannabis seeds in the state.

If you’re a medical weed user, you can legally grow up to 12 adult plants and 12 seedlings within your residence, provided they’re stored in an indoor facility out of the public eye.

The germination of cannabis seeds remains prohibited. The only way you can possess your favorite Grandaddy Purple feminized seeds is by purchasing them and keeping them as souvenirs until the laws on causal use change in the Ocean State.

The RI medical marijuana laws stipulate that medical cannabis can’t be consumed in public areas or anywhere that the use of tobacco products is prohibited. The safest way to light up is to keep your smoking sessions to a private residence.

The consumption of recreational marijuana in Rhode Island has been decriminalized but isn’t yet legal in this north-eastern state. The Rhode Island weed laws are undergoing massive changes, but until the new conditions are set in place, you won’t be allowed to light up in the state without being fined.

When will marijuana be legal in Rhode Island?

Senate Bill 568, which will allow adults over the age of 21 to consume, possess, and cultivate cannabis, has been approved by the Senate and will be sent to the House for further consideration.

Rhode Island recreational cannabis is within arms reach for weed lovers across the state who are itching to plant their feminized seeds. We look forward to seeing the Ocean State in the list of states where weed is legal very soon.

Understanding the states where weed is legal can be challenging, so staying updated as legislation changes is essential.

Recreational weed use has now been made legal in more than 15 states, including Montana, Arizona, New Jersey, and South Dakota, with more likely to change their laws in the coming months. Fear not, as you can find out all the latest news and developments about weed legality in the U.S. states & more here at Homegrown Cannabis Co.

« Everything You Should Know About The Weed Leaf
Is Weed Legal in Mississippi? »