Is Weed Legal in South Carolina? 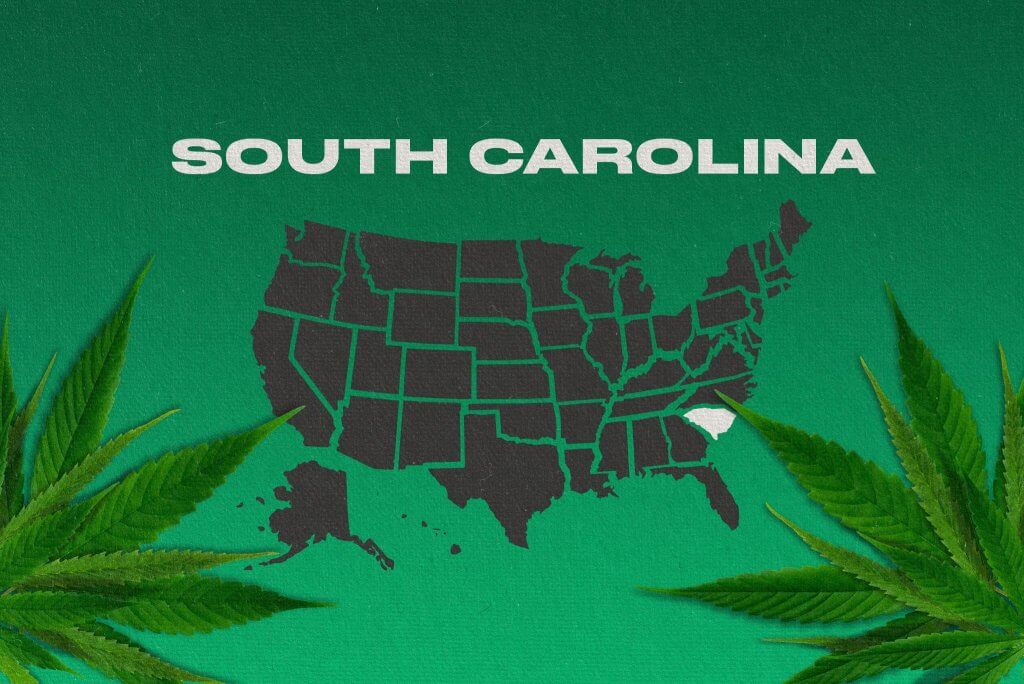 Ready to find out the answer to the question “is weed legal in South Carolina”?

An interesting fact about South Carolinians is that they have no professional sports teams such as the NBA, NFL or MLS. They also don’t have any weed that’s legal in South Carolina unless you’re a patient.

Other states have seen benefits in tax revenue by legalizing marijuana. The Palmetto State still needs to “see the light” for this to happen, leaving residents to scratch their heads, wondering when will weed be legal in South Carolina.

The state has recently made its first steps by allowing patients to use medical CBD products only – with strict limits. Let’s dive in and get to know these limits.

Any amount up to one ounce is regarded as a misdemeanor when it comes to weed possession. You’ll be fined $200 and receive a 30-day incarceration. This is only for first-time offenders.

It gets worse; selling or trafficking weed can get you anything between five to twenty-five years in prison with a possibility of a whopping fine. South Carolina cannabis laws further stipulate that if you’re found with any hash or concentrates under 10g, you could be incarcerated for one month and be fined $200. It gets worse for subsequent offenses.

Can I grow my own cannabis in South Carolina?

While weed isn’t legal in South Carolina,  you’re allowed to grow your own hemp. Hemp, however, has less than 0.3% THC. You can find out more about this in the South Carolina Code Laws.

Application to grow hemp needs to be made with the South Carolina Department of Agriculture. It can only be made between 1 January and 28 February every year.

Applicants should be residents of the state, have a criminal background check, and pay a fee. If successful, you’ll be issued a farmer’s permit.

If you don’t intend to grow any hemp but plan to handle it by transporting, storing, or becoming a seed dealer, then you need a handler permit. It’s important to understand the South Carolina cannabis laws and the definition of hemp to ensure you stay within the right boundaries.

While you can’t grow marijuana plants yet, you can still purchase some high-quality cannabis seeds as a souvenir as long as you don’t germinate them.

Growing a cannabis plant with a higher THC content than hemp is illegal.

South Carolina weed laws regard the consumption of cannabis for recreational purposes as illegal. They do, however, allow it to be consumed for medical reasons, provided it’s not ingested via smoking.

The South Carolina medical marijuana bill is considered the most conservative one in the country. Patients with qualifying conditions are allowed to purchase a maximum of two ounces of cannabis every fourteen days.

In South Carolina, medical marijuana is allowed in oil form with cannabis extracts low in THC and high in CBD. Edibles and topicals are permitted as long as it’s in a non-smokable form. This allowance was made possible by the Compassionate Care Act in January 2021.

These products also needs to be encased in a packaging that is child-resistant, making it difficult for a child under five years to open it. To qualify as a patient, you need to reside in South Carolina. You should also have access to your medical records to prove that you’ve got one of the specified conditions.

A written motivation is also needed from your doctor, indicating that cannabis will relieve the patient’s condition. Then you can apply for a medical marijuana card.

The conditions that make a patient eligible for medical cannabis include various forms of epilepsy like dravet syndrome and refractory epilepsy. Another qualifying illness is lennox-gastaut syndrome.

Once the marijuana laws in South Carolina allow for recreational use and cultivation, you could explore the various strains of seeds. You can choose from feminized seeds that produce all-female cannabinoid-rich flowers, or if you need to grow in a hurry, fast-growing autoflower seeds.

When will marijuana be legal in South Carolina?

It’s not clear when weed will be legal in South Carolina. With many conservatives happy to keep current laws, South Carolina won’t legalize weed fully in the foreseeable future.

The measures as set out in the medical cannabis bill are designed to quell momentum recreational use. For recreational use to become a reality, a citizen-led initiative process, like the successful ones in other states, is sorely needed.

So although qualifying patients are allowed to use certain prescribed CBD products, South Carolina medical marijuana is not yet a reality. Although the debate about this bill was on the state House calendar for 2021, it seems as if it won’t get a hearing till the next legislative session in 2022.

South Carolina has some spectacular scenery in its state parks, and we long for the day we can legally light up in one. Till then, we’ve got to wait for progress to march its way into law slowly.

In the meantime, medicinal users would love Gorilla Glue #4 seeds: a strain famed for helping alleviate stress and tension. They’ll make for the perfect grow when weed is legal in South Carolina.

There are nearby states where weed is legal, like Georgia, where prospective growers face a brighter situation. Hopefully, the government chills out, we’ll all be enjoying legal marijuana sooner. And no one will need to ask is weed legal in South Carolina again.

We’ll be sure to keep you up-to-date when things change. Stay tuned to all the latest developments in weed laws across the US with us at Homegrown Cannabis Co.