Is Weed Legal in South Dakota? 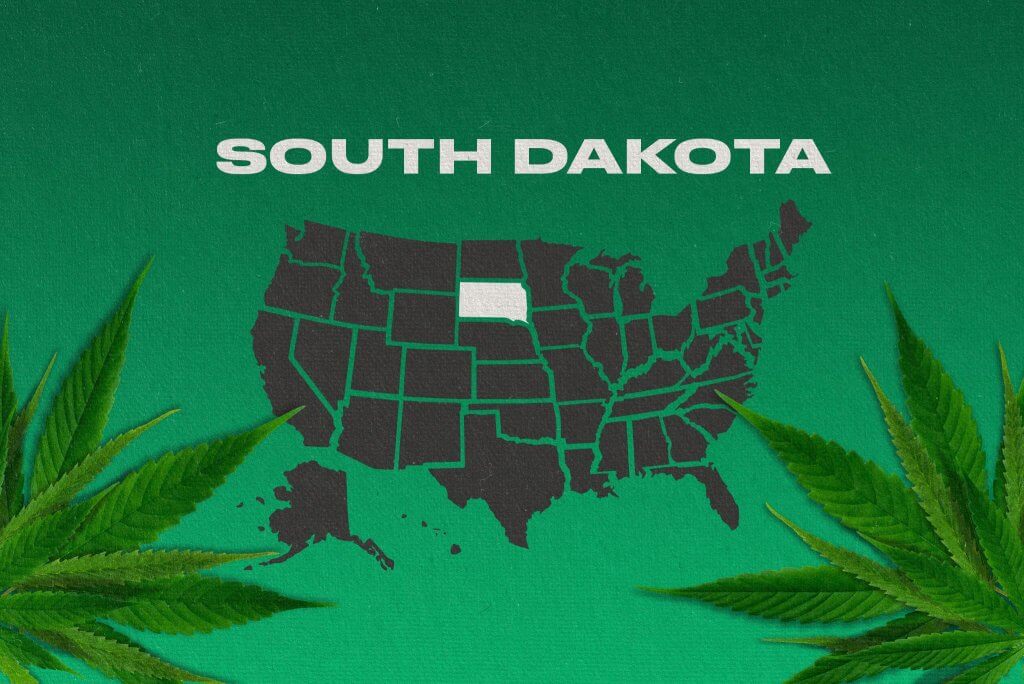 South Dakota is known as the Mount Rushmore State for the national monument that depicts some of the Founding Fathers—who by the way used hemp products in their everyday lives. Is weed legal in South Dakota, and can you use marijuana items as these men did?

Let’s explore the South Dakota weed laws and determine if you can possess, buy, grow, and consume marijuana while you’re in the Mount Rushmore State.

South Dakota weed laws changed by votes from the 2020 presidential elections. It was a historical event because the Mount Rushmore State was the first state ever to legalize recreational and medicinal marijuana in the same year.

Currently, medical marijuana in South Dakota is legal, but the Department of Health has six months from July 1st to begin the application process and license dispensaries.

Per South Dakota marijuana laws, adults can have 3 ounces of weed if they claim they’re using it to relieve symptoms of a medical diagnosis. There aren’t South Dakota medical marijuana cards yet, so this is how the Mount Rushmore State is compromising during the transition period.

54% of the Mount Rushmore State’s voters passed the Marijuana Legalization Initiate, also known as Constitutional Amendment A, during the 2020 presidential election. South Dakota recreational weed is now legalized for adults 21 years and older.

The updates to the South Dakota cannabis laws changed on July 1, 2021, making history in the marijuana legalization revolution in the United States.

That being said, the South Dakota dispensaries aren’t open yet because the Mount Rushmore State hasn’t given licenses out.

When they do open, there’ll be a 15% sales tax on all marijuana purchases. A portion of the revenue will go to the public school systems.

Look for products made from the flowers of Fire OG feminized seeds online. The dry herb from these seeds contains 23% THC, 0.4% CBD, and is primarily indica.

Since South Dakota cannabis laws allow consumption, when you consume the products from the harvest of these high THC seeds, the herb will instantly hit you with a powerful cerebral high.

You’ll feel mentally stimulated and creative. Once time passes, the psychedelic aspects will fade, and your body will be in a state of relaxation. You can use this South Dakota medical marijuana to treat anxiety, depression, insomnia, arthritis, or inflammation.

Can I grow my own cannabis in South Dakota?

A good beginner purchase is Lemon autoflower seeds. The plants from these seeds are very short and can fit in a closet. The branches don’t extend outward, so all of the nutrients go to the center cola.

Since South Dakota marijuana laws allow cultivation, when you grow these autoflower seeds in the USA indoors, the yield is 12 to 14 ounces per meter squared. The harvest from these seeds contains 21% THC and 0.2% CBD. When smoked, the strain has a citrus flavor with hints of spice, which isn’t too intense for novice users.

Per South Dakota marijuana laws, medical and recreational users can consume on their private properties. Using cannabis in public is strictly illegal.

Lawmakers need to finalize the South Dakota weed laws to determine if there’ll be designated social smoking areas or lounges.

When will marijuana be legal in South Dakota?

Understanding the U.S. states where weed is legal can be a headache, so it’s vital to stay updated as laws change.

Recreational use is now legal in more than 18 states, including South Dakota, Montana, Washington, Oregon, and California, with more likely to revise their laws soon.