Is Weed Legal In Tennessee? 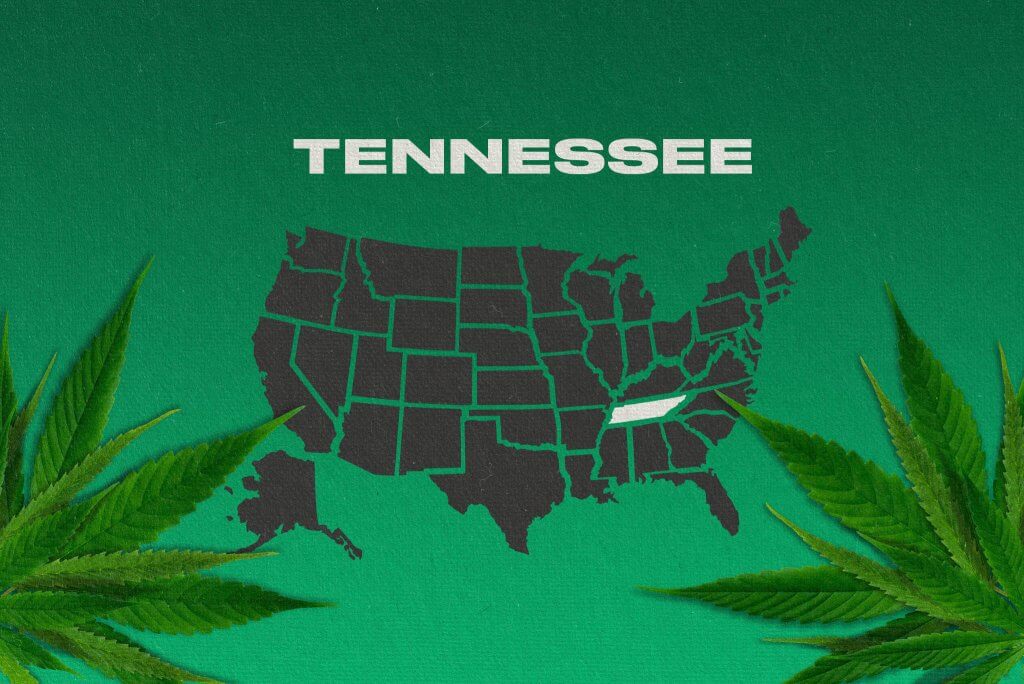 Is weed legal in Tennessee? Let’s look at it this way. Country music, whiskey, and hot wings all make the state of Tennessee a wholesome place. The rolling hills of the ‘the Volunteer’ state nestle between conservative Kentucky and Alabama.

At the heart of the ‘Bible Belt,’ churches for various Christian denominations are on every corner. It’s not hard to see why the fight to decriminalize cannabis in TN is an upward battle.

The simple answer to the question is weed legal in Tennessee is no. Both the recreational and medicinal use of cannabis is punishable by law. However, CBD consumption isn’t, and in recent years medical marijuana has been gaining support in the state.

Let’s take a closer look at Tennessee weed laws. We’ll explore the state’s progression and delve deeper into what you can and can’t do inside the border.

Here’s the rundown on is weed legal in Tennessee? Cannabis is illegal in every sense despite the efforts to reform Tennessee marijuana laws in 2020. The rejected bill aimed to overturn Tennessee medical marijuana laws and raise the possession limits.

The state’s two largest cities, Nashville and Memphis, have fought for ordinances over the possession law since 2016. Instead, they allowed police discretion when it came to small amounts.

Although the state revoked the ordinance, Nashville marijuana laws overturned it again in 2020. The city declared that cannabis weighing under 0.5 ounces wouldn’t be charged as a felony.

Is buying cannabis legal in Tennessee?

TN marijuana laws make it illegal to sell or buy cannabis. Anything from 0.5 ounces to 10 pounds will incur a minimum sentence of one year in prison. The maximum penalty is six years in jail and a $5,000 fine.

Although buying cannabis is illegal in the state, it is legal to purchase cannabis seeds. Due to the low content of THC present in an ungerminated seed, they aren’t considered a drug.

Instead, they are souvenir items or collectibles. You can buy high-quality seeds from an online marijuana seed bank like Home Grown Cannabis Co. Keep them safe for the day that Tennessee’s legal weed cultivation begins.

Can I grow my own cannabis in Tennessee?

Marijuana laws in Tennessee stipulate that the cultivation of cannabis is illegal. Doing so can lead to six years in prison for ten or fewer plants. You’ll also receive up to $5,000 in fines. If you grow 10 to 20 plants, you’ll face a maximum of 12 years in jail and a fine of up to $50,000.

Is Cannabis consumption legal in Tennessee?

Tennessee marijuana laws state If you’re caught in possession of up to 0.5 ounces of weed, then you can face a year in jail and a $250 fine. You’ll also have to attend a drug offenders school. Any subsequent offenses double the penalties.

The exchange of marijuana between an adult and a minor will lead to two years imprisonment.

When will marijuana be legal in Tennessee?

However, over 80% of its residents support medicinal marijuana. The fact is that only elected officials have the final say in state law.

Advocates for the decriminalization of cannabis will make another effort in 2022. They aim to pass legislation surrounding medical marijuana.

Medicinal marijuana is illegal and punishable under the same laws as recreational. The question remains, is CBD legal in Tennessee?

Yes, CBD oil is legal for medical use. The manufacturer must test the products to ensure they have less than 0.9%THC content. Currently, you can only qualify to use CBD oil if you suffer from intractable seizures such as epilepsy.

We hope that this article has helped answer the question: is weed legal in Tennessee?

We appreciate that understanding where you can use weed is a challenge nowadays. On a positive note, things are changing every day across the US.

If you’re a cannabis enthusiast, you should stay up to date with the current laws. That way, wherever you live or visit, you can stay out of trouble. More than 15 US states allow recreational use of weed, including close TN neighbor Illinois.

You can find out all the latest news as the movement developments here at Homegrown Cannabis Co.

« Should I Use Hydrogen Peroxide to Treat Cannabis Problems?
All You Need To Know About Trichomes »