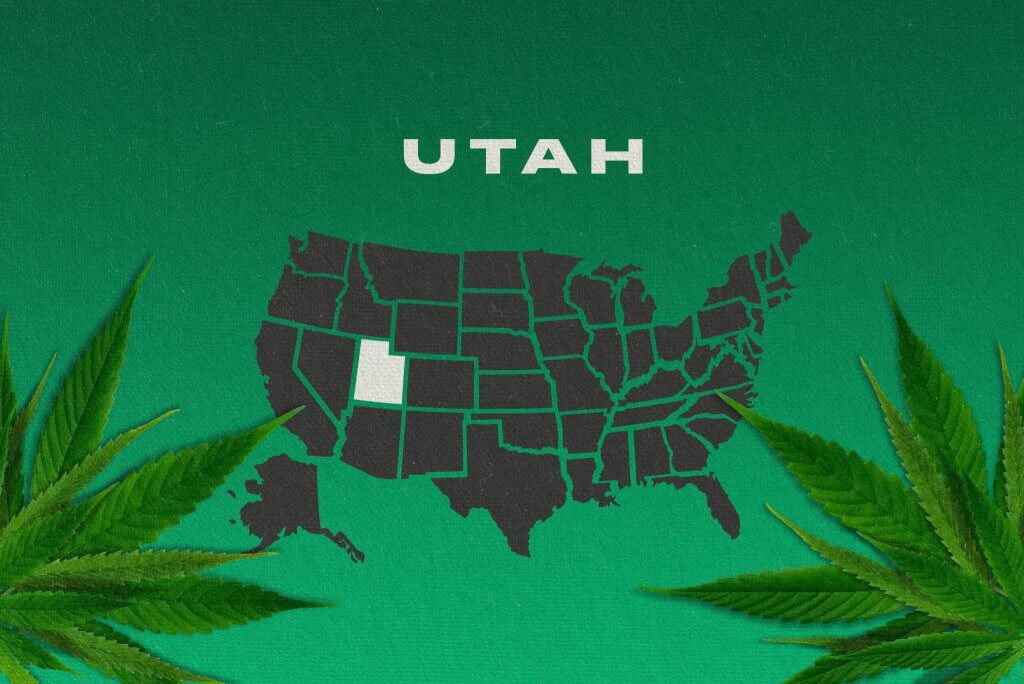 Before planning a visit, you may ask, is weed legal in Utah?

As the world changes, so do laws. And a common topic amongst cannabis enthusiasts that stands out is the legalization of recreational marijuana use.

Even though weed is legal in some states and has even gone as far as legalizing growth from marijuana seeds for own consumption, it’s not that simple in the ‘Mormon State.’.

With cannabis being legalized across the US, the number of consumers has skyrocketed. Many modern-day pot smokers plan their holidays, relocations, and business trips based on weed consumption legality in that area.

The Utah marijuana laws have a long way to go before they legalize recreational cannabis.

CBD or low THC medical marijuana is legal in Utah, provided you have a prescription and purchase from a recognized dispensary. On March 2, 2020, the sale of cannabis as medicine began after they passed a law in 2019 to modify their medicinal weed sale program.

Possession of medical cannabis in Utah is legal in small quantities (one month supply specified by doctor), provided the user has obtained a medical marijuana card.

It’s important to note: this card doesn’t exempt employees from rules in the workplace. Employers may prohibit the use of weed while on the job.

Is recreational weed legal in Utah?

Currently, the only weed legal in Utah is prescribed by a doctor for a medical condition. Recreational use is punishable by law. The measures taken will depend on the weight of marijuana the user possesses.

Is buying cannabis legal in Utah?

It doesn’t explicitly note in the Utah marijuana laws that buying pot is illegal, but once purchased, it’ll be in your possession. The law on this is as follows.

Can I grow cannabis in Utah?

Growing cannabis from weed seeds will leave you behind bars. Under no circumstances is growing weed legal in Utah.

If you were thinking of growing your favorite White Widow seeds here, it might be time to reconsider.

When will marijuana be legal in Utah?

The Utah marijuana laws from 2020 are still underway. Many expected that by January 2021, 14 medical marijuana dispensaries would be operational. With all these events occurring so recently, it’ll take time for recreational marijuana to be made legal.

All hope is not lost. Arizona, (borders on Utah) modified its legal act, decriminalizing recreational weed use. This will likely spark surrounding states to follow suit.

If you’re looking to get hold of medical weed in Utah, you’ll need to have a condition that warrants a medical marijuana card.

Here are the recognized conditions that qualify for a card.

Conditions that are similar to many of the above may justify a card too. Contact your healthcare provider for more info.

Once you’ve received a diagnosis of one of the above conditions from a registered medical provider. The following steps will be followed to receive your medical marijuana card.

It’s important to remember that a medical marijuana card won’t permit you to grow high THC seeds or high CBD weed seeds at home. You’ll still need to get all products from a dispensary.

In Utah, driving under the influence of any drug that impairs your ability to control a car safely is punishable by law. Should traces of THC metabolite be found in your blood, you’ll be kept in prison for 48 hours and be charged a minimum fine of $700.

If you’ve been partaking in any cannabis use, it’s best to stay away from the driving wheel in this state.

The fight for the legalization of marijuana worldwide continues with more and more users advocating for weed recreational use. There’s hope that Utah will soon follow. For now, it’s best to play it safe and abstain from buying marijuana seeds when visiting this state.

If you want to find out more about states where recreational weed is legal, sign up to our page or visit our Homegrown Cannabis Co. website now!