Is Weed Legal in West Virginia? 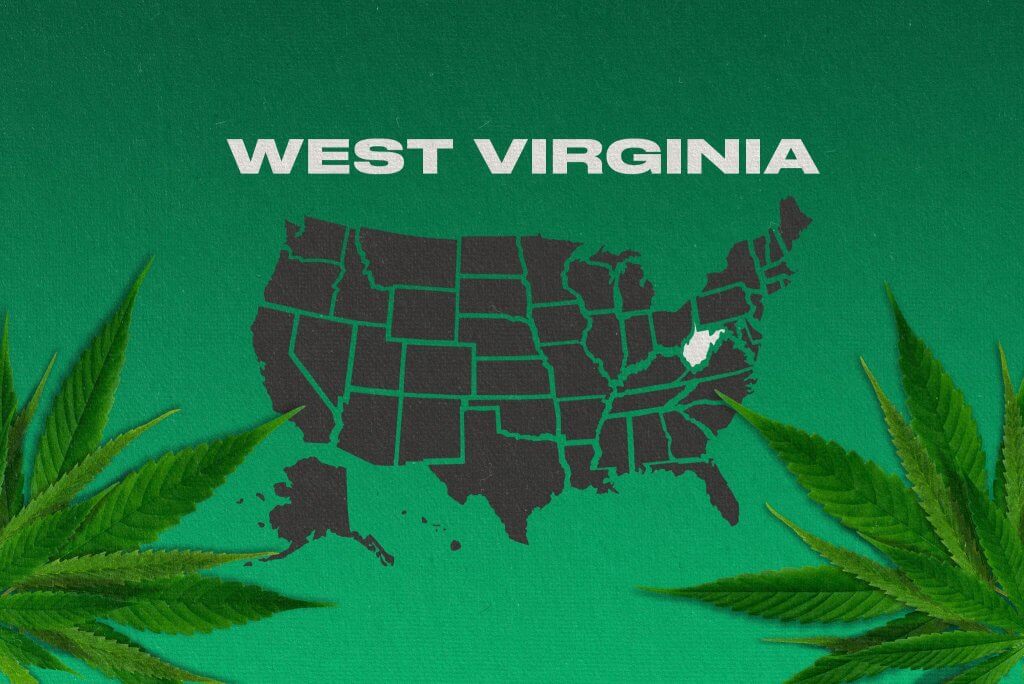 Everyone enjoys a Golden Delicious apple. This sweet flavored fruit originated in West Virginia. Something else that’s sometimes fruity and sweet is cannabis. Do residents of the Mountain State get to savor the taste of marijuana? Is weed legal in West Virginia? No, not entirely.

While marijuana for adult use is illegal, medical cannabis has been legal since 2017. Hopefully, recreational use will be bursting onto the marijuana scene soon. So, stay tuned.

Continue reading to discover more about West Virginia pot laws and how patients can register for medical marijuana in West Virginia.

2017 was a great year for patients in West Virginia using medical marijuana when the authorities legalized their favorite medicine. Yet, four years later, and with many patients already registered, they’re still waiting to purchase their much-needed remedy.

The good news is that it might be available by the end of 2021. But how do patients qualify to be part of the marijuana medical program, according to the West Virginia weed laws?

To sign up, you need to see a registered physician who’ll submit a Patient Certification form on your behalf and give you a copy. In addition, the medical practitioner is required to attend an education course before obtaining their registration.

Following that, register online and forward your copy of the form together with a duplicate of your ID or driver’s license to the West Virginia Office of Medical Cannabis. They also require a digital photo, proof of residency, and a registration fee.

West Virginia cannabis laws ensure that the enrollment takes approximately 30 days for completion. Having a medical marijuana card allows you to purchase the following forms of cannabis:

Furthermore, the West Virginia Medical Marijuana Act lists the following conditions as a requirement for patients to be eligible for medical cannabis:

Currently, there are no dispensaries open yet where patients can purchase any medical marijuana in West Virginia. However, by registering for a medical marijuana card now, you’ll be able to access them easily once opened.

West Virginia marijuana laws also allow patients to designate up to two caregivers to assist them. One caregiver can’t be responsible for more than five patients at a time.

Recreational weed remains illegal in the Mountain State, with its legalization pending at the House and Senate.

Weed isn’t legal in West Virginia, so you can’t legally buy it anywhere in the state. The law clearly outlines the sales of marijuana as a felony.

Anyone found guilty of selling pot is sentenced to a mandatory prison term with a minimum of one year for any amount and a maximum of five years. The West Virginia cannabis laws also impose a fine of $15,000 in addition to imprisonment.

The same punishment’s enforced on those who traffic marijuana or possess weed to sell. However, something that you’re able to purchase is cannabis seeds. It’s not illegal to buy weed seeds in West Virginia, provided that you keep them in their ungerminated state.

Since there aren’t any retailers where you can purchase these seeds, you’ll have to buy them online at a marijuana seed bank. One trustworthy and reliable supplier is Homegrown Cannabis Co.—we ensure discreet delivery to all our customers.

Once the medical dispensaries are operational, patients with valid medical marijuana cards can buy up to 30 days provision as set out in the marijuana legislation in West Virginia.

Can I grow my own cannabis in West Virginia?

According to the West Virginia Industrial Hemp Development Act, you can cultivate hemp in this state. CBD oil in West Virginia derived from hemp is legal, and you can purchase hemp-derived CBD at various retail stores.

Then there are high CBD seeds which are more common among medical marijuana patients. They contain a high level of CBD, which is a non-psychoactive ingredient and has many therapeutic benefits.

MediBerry Fast Version is a strain with an increased amount of CBD and has a few remedial advantages. It enhances your mood, creating calm and serenity, and allows sleep to befall any struggling insomniac.

Is weed legal in West Virginia? Consumption of weed is currently still forbidden. The penalties for violating this law are similar to the possession regulations.

The West Virginia marijuana law regarding the possession of any amount of pot is a misdemeanor. The penalty for breaching this law is 90 days to six months imprisonment and a $1,000 fine.

As previously mentioned, patients can purchase up to 30 days supply of medical marijuana in West Virginia. However, the same amount governs the possession limit, and any patient exceeding this amount could face up to six months in jail.

When will marijuana be legal in West Virginia?

At the moment, three bills are pending at the House and Senate. These bills support marijuana legalization in West Virginia.

We’re not quite sure when the state will address these bills. The supporters, however, remain hopeful that it’ll happen soon.

There’s plenty for the Mountain State to look forward to. The future looks promising with the pending bills of marijuana legalization in West Virginia, and the day is fast approaching when patients can buy medical cannabis.

Weed is now legal in more than 15 states, including New Jersey and Connecticut, with more states to follow. Keeping up with the various legislation changes can be confusing. You can find out all the latest news and developments here at Homegrown Cannabis Co.