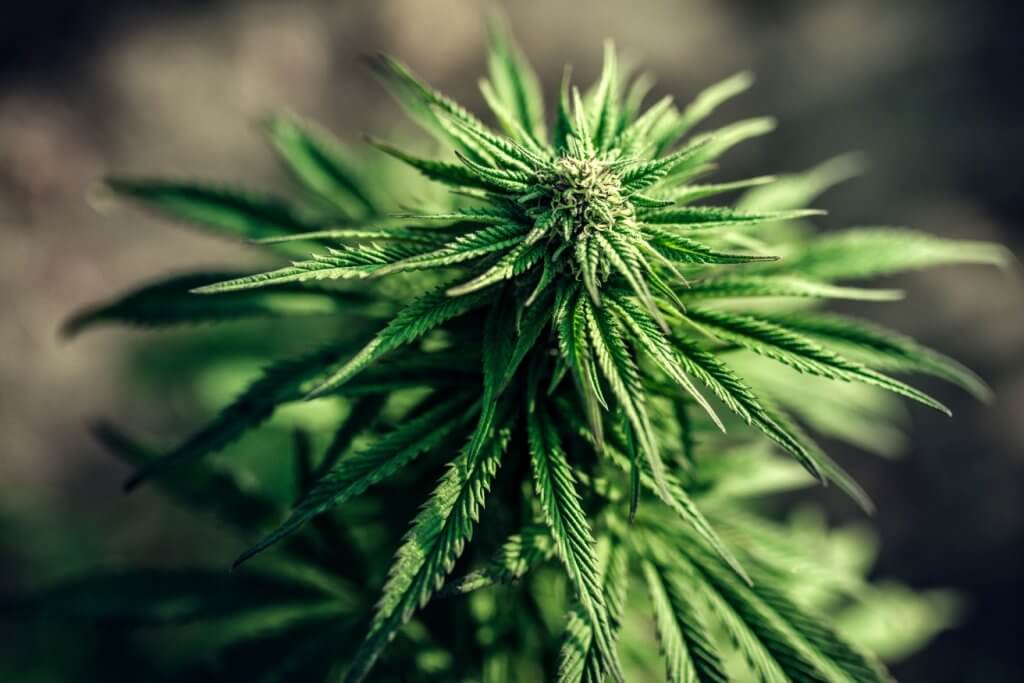 When you step into the magical world of weed, the first terms you typically come across are sativa, indica, and hybrid. In this article you will find a list with the best sativa strains. But before, here’s a brief rundown on the three:

With thousands of cannabis types, choosing the perfect cultivar can be confusing. To help make things easier, retailers have broken down these strains into those three main categories. This categorization method may not be perfect, but it’s a helpful tool that can aid you in understanding the sativa vs. indica distinction.

Sativa weed strains often get associated with a head-high, meaning that it’ll stimulate your mind without leaving you feeling too sleepy or heavy.

To give you a better understanding of this heady marijuana variety, we’ll look at the sativa strains’ effects and provide you with a list of the top cultivars to consider.

What are sativa strains?

Introduced in the 18th century, the term “Cannabis sativa” traditionally described hemp plants in western Eurasia and Europe, where they were grown for seed and fiber production.

Sativa cultivars are the giants of the weed kingdom. The best outdoor strains can reach heights of up to six meters in optimal settings. These tree-like strains initially spend most of their energy growing tall, resulting in an extended flowering period.

Today, retailers trace plants’ genetics and use the terms indica, sativa, and hybrid to organize and categorize the thousands of cultivars now available.

While not all pure sativa strains have energizing effects, most stoners note that these cultivars tend to produce an uplifting and stimulating head-high. Consumers often use this type of cultivar to boost their energy, creativity, and motivation.

What are the effects of sativa strains?

The effects commonly associated with strains of sativa include:

Smokers also report that due to these effects, sativa-dominant strains also provides relief for symptoms related to:

What are the best sativa strains?

The most popular sativa strains have an uplifting, energizing effect on the user, making it ideal for active daytime smokers to interact socially. These cultivars produce a broad range of highs with the potential to spark creativity, ease a distracted mind, and increase concentration.

Strains of sativa are all also used for medicinal purposes, with users reporting relief from symptoms related to chronic fatigue and mood disorders.

Have you considered growing some sweet, svelte sativa strains yet? Just you wait: without further ado, here’s our list of the best sativa strains for 2021.

Bred from crossing Strawberry Diesel and OG Kush, Bruce Banner is a widely-acclaimed sativa-dominant strain. Don’t let the demeanor of its comic book namesake fool you, though; like the Incredible Hulk, this cultivar packs a heavy punch, leading to its meteoric rise to popularity across the states.

The shrubs grow hulkingly dense, dank, and potent buds imbued with a rich diesel aroma and sweet undertones. When smoked, this sativa strains’ effects will swiftly hit you with a burst of euphoria before its delightful, earthy after-kick uplifts the mood while simultaneously relaxing you. Bruce Banner is the ideal strain for fighting off daytime sluggishness.

The Sour Diesel strain is a sativa-dominant strain, the result of accidentally crossing Super Skunk and Chemdawg. This East Coast cultivar reached worldwide fame to such an extent that the rappers Styles P and Nore wrote a song about it. A connoisseur’s delight, this weed is globally praised for its sour, super pungent buds.

As one of the strongest sativa strains, its resinous and dense light-green buds produce an exceptionally strong gas stench underlined with sour fruit flavors. Besides smelling and tasting great, Sour Diesel is well-known for delivering a potent high, leaving the consumer feeling stoned and relaxed but not incapacitated. Experienced stoners looking for a daytime remedy can’t resist this cultivar.

As one of the best indoor strains, Strawberry Cough is renowned for its sweet, berry aroma and flavor. Resulting from a cross between a Vermont Fields indica and a pure haze, this sativa-dominant strain delivers a mellow, uplifting high, commonly associated with feelings of happiness and euphoria, leaving you focused. Strawberry Cough is ideal for anytime consumption, but it’s particularly helpful when used before tackling the day’s chores.

Crossed between Blueberry and Haze, Blue Dream is a sativa-dominant strain that’s high-yielding and easy to grow, making it every cultivator’s dream. When smoked, this cultivar tastes like sweet berries and delivers a balanced high associated with gentle cerebral invigoration and full-body relaxation.

Sharing its name with Jimi Hendrix’s 1967 song, Purple Haze is probably the most famous purple sativa strain. It’s believed that this cultivar came into being due to a cultivator crossing Purple Thai and Haze. It produces buds with vibrant hues of lavender, further justifying its name.

When smoked, it passes on a mix of earthy and sweet flavors, underscored by sharp spice and berry hints. Being a sativa-dominant strain, it delivers a heavenly burst of euphoria, followed by a high-energy cerebral stimulation, sparking blissful contentment and creativity throughout the day.

The Jack Herer strain was named so in honor of the “Emperor of Hemp,” the famous author and weed activist Jack Herer.

This sativa-dominant strain is one of the few cultivars officially recognized by the Netherlands as medicinal weed. With its origins cloaked in mystery, it’s assumed that the Jack Herer strain is an intricate mix of Haze, Shiva Skunk, and Northern Lights #5. When you first smell the plant, you may sense notes of black pepper underscored by pine needles. Most users smoking this sativa strain report a surge of cerebral energy, making it an excellent choice for daytime activities.

As with most old school cultivars, the Green Crack strain’s origins are somewhat enigmatic. Cultivators assume that it’s the product of crossing an Afghani landrace, Skunk #1, and an ’89 Super Sativa Seed Club. As a result, the plant develops dense, citrus-flavored buds, loved by many for their mango-orange terpenes.

The shrub is pleasing to the eye and appealing to the taste buds. However, the effects of this popular sativa strain are the real reason so many people come back for more. When consumed, it hits you with a super burst of cerebral effects that quickly overtakes your entire body. If you need a caffeine replacement, Green Crack will give you the kick you need.

The highly-acclaimed award-winning Super Silver Haze strain was the High Times Cannabis Cup’s first prize winner in ’97, ’98, and ’99. It was created by mixing Northern Lights #5, Haze, and Shiva Skunk. As a result, the world got a citrusy and earthy strain that’s well-known for its euphoric, energetic, and arousing effects.

As one of the best strains for energy, it’s widely used as a daytime weed by everyone that wants a morning kickstart. It delivers an energetic boost coupled with creativity-inducing effects and a sense of calm. When consuming this cannabis, you better make sure you’re ready to work, or else the rush of energy might be too much to handle.

Durban Poison is a pure sativa strain that’s native to South Africa. Many consumers claim that this cultivar is the most energizing weed they’ve ever tried.

This plant is well-known for developing exceptionally sticky buds that produce a sweet and often ammonia-like fragrance. It’ll send your senses off on a ride long before you even inhale the smoke.

The effects after consumption cover almost the entire spectrum. Taking a hit or two will leave you feeling energized, spark the creative juices, and get you ready to face the day. Overindulge yourself in Durban Poison, and unlike most other sativa strains, you’ll end up couch-locked and ready to take a long fat weed nap.

The Trainwreck strain is a brutally potent, mind-bending sativa-dominant cultivar, with effects that typically hit like a freight train. With its origins in Arcata and derived from a blend between Thai and Mexican sativas and Afghani indicas, this cultivar has become a Northern California staple. While growing, it passes along aromas of spicy pine and sweet lemon.

Smoking this sativa strain will deliver a swift rush of euphoria, sparking feelings of happiness and inducing creativity.

For medicinal users, this popular sativa strain is a true blessing. The cultivar’s high-THC content crushes the symptoms related to arthritis, pain, and migraines. Many patients also consume Trainwreck for relief of PTSD, ADHD/ADD, and anxiety.

Smoke sativas and float to the clouds

Sativa-dominant and pure sativa strains across the board share many of the same characteristics. These cultivars are creativity-inducing, uplifting, and energizing. While this is generally true, keep in mind that the effects of any cannabis variety can change due to other factors, too.

If you enjoy weed and truly want the full experience, you should consider growing your own. Log on to Homegrown Cannabis Co. and access the largest selection of seeds for the best sativa strains for 2021.

« How to Tell if Your Plant is Male or Female Before Flowering?
Kosher Kush Strain Information & Review »