Hash Strains: Everything You Should Know 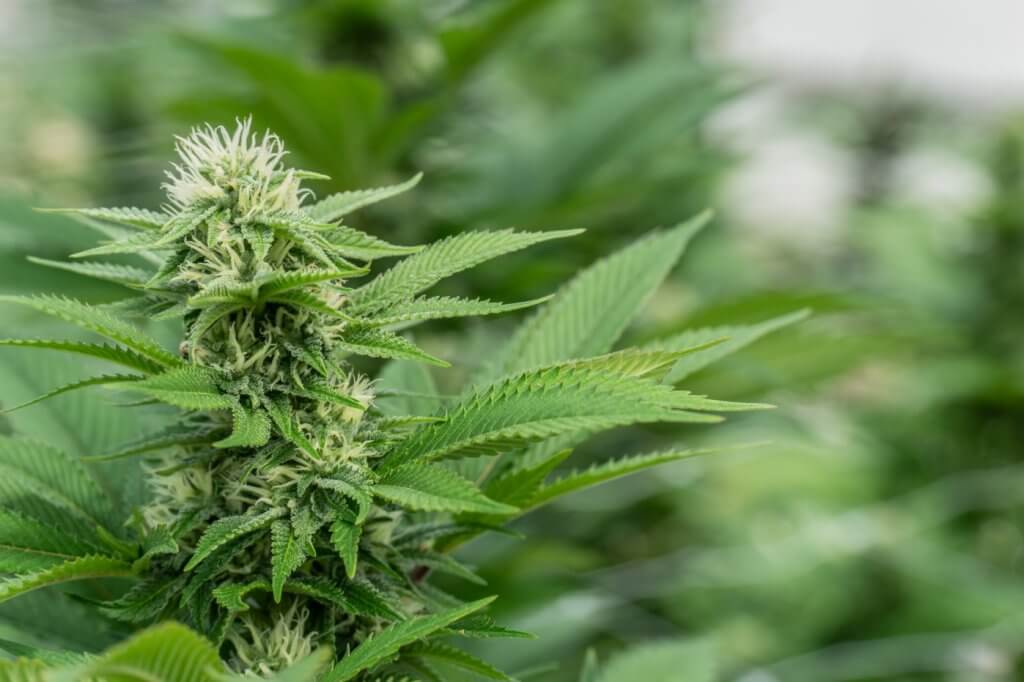 From these strains, they produce one of the most legendary cannabis products in existence—hash.

In essence, hash is an old-school cannabis concentrate that can be manufactured in various ways. Regardless of how hash is produced, though, you can always expect it to deliver a clean, clear, and euphoric impact.

Read on as we explore what properties make the best strains for hash production and take a closer look at the top three hash cultivars.

What are cannabis hash strains?

Hash strains are weed cultivars used to produce hash, a cannabis concentrate derived from separating the resin-packed trichomes from the plant matter.

The extracted matter then gets heated and pressurized to form a flat brick or pliable ball.

This process concentrates the terpenes and cannabinoids, maximizing the weed cultivar’s potency and flavor.

While you can create hash from any weed strain, some marijuana cultivars are better suited for this process than others.

There are various methods for making hash, including:

While cultivars rich in trichomes and resin generally make the best strains for hash, you also need to consider the phenotype (pheno).

Every weed plant grown from seed develops genetic variances referred to as phenotypes.

Once you identify a particular pheno as a hash strain, managing predictable and consistent results becomes easy.

What are the hash plant’s effects?

While the unique effects of hash strains are as varied as the cultivars you can extract it from, it does deliver an intense impact.

The experience of smoking big weed is all the more enjoyable if you have a big flavor, and nothing is more aromatic than premium quality hash.

Unfortunately, the answer isn’t straightforward when it comes to the main reported flavor.

The aroma you can expect would be entirely dependent on and concentrated variants of the weed strain you’ve derived it from.

What makes a strain good for making hash?

When it comes to finding the best strains for making hash, it’s all about trichome production.

Trichomes are tiny translucent appendages that glimmer like small crystals on cannabis plants and are the key to the therapeutic benefits of marijuana.

The fine art of hash making involves the extraction, isolation, collection, and preservation of these tiny globes.

Even though it’s possible to manufacture hash from any strain, not all cultivars produce enough trichomes, making this extraction process costly—bringing hash strains into play.

The best weed strains to make hash produce highly resinous flowers with an abundance of trichomes.

The trichomes consist of a large bulbous head attached to a stalk that are held together by a thin, skin-like protective membrane, encapsulating all the precious terpenes and cannabinoids.

The best hash-making strains’ have a strong, high-yielding bud structure with trichomes that have a weak connection between the glandular head and stalk, allowing easy detachment.

What are the 4 best strains for hash production?

As mentioned before, not all weed cultivars are equally equipped for hashish production, so here’s a list of the four best strains for making hash.

OG Kush is an ideal choice and one of the best strains for making hash.

As an indica-dominant strain, this cultivar boasts THC levels ranging from 19–26% and a long list of terpenes resulting in a blended aroma of earthy, woody, pine, and citrus notes.

Apart from being mouth-wateringly delicious, hash produced from this cultivar delivers a calming and satisfying high that’s not overly intense.

What places Gorilla Glue #4 amongst the top hash strains is its exceptional glue-like resin production.

This beastly hybrid boasts THC levels as high as 28% and a modest yet powerful terpene profile, responsible for its unique, potent chemical scent and rich herbal pine aroma.

When consumed, hash from this cultivar has an exceptionally positive impact on your body and mind, providing you with a dose of cerebral freedom.

As a perfectly balanced hybrid, the widely acclaimed, award-winning White Widow is another top of the list.

This classic Dutch cultivar features up to 25% THC content, medium levels of CBD, and a powerhouse terpene profile. The latter infuses every hit with the grounding flavors of pine and earth.

Bubba Kush is as much of a pleasure to cultivate as it’s to smoke.

When grown, this cultivar retains a short yet dense stature that develops a coat of white trichomes as it starts to flower.

Its moderate THC levels ranging between 14 and 19% are more than made up for by its extensive terpene profile and abundant resin production.

Overall, this cultivar is by far one of the best hash-making strains.

When choosing a hash strain, you also need to consider how much weed you’ll initially harvest.

To provide you with a point of reference, here are four of the highest yield strains.

As a sativa-dominant cultivar, the 3 Kings thrives in both outdoor and controlled environments.

These weed plants typically grow about six feet tall, but you can easily manage their vertical growth with some training techniques.

Indoor cultivators can rely on harvesting 18–21 oz./㎡ of gluey nugs after nine to ten weeks of flowering.

Grown outside, you can expect a yield of 25 oz./plant by mid to end October.

As a heavy-yielding, indica-dominant hash strain, G13 happily grows indoors and outside.

When grown indoors, this cultivar provides you with yields as high as 21 oz./㎡of trichome-rich nugs after ten to eleven weeks of flowering.

Cultivating this high-yielding strain outside, however, is like putting oil to a fire.

Under optimal conditions outdoors, G13 will give you as much as 35 oz./plant of dense, resinous buds by the end of October to mid-November.

While Chemdawg #4‘s genetics may be open to question, there’s no doubt that it’s one of the highest yielding hash strains.

With an average height of about 3.3 feet, it’s reasonably small in stature, making this cultivar ideal for stealth cultivation.

Growing this strain indoors, paired with ScrOG (Screen of Green) setup, should produce 16–19 oz./㎡ of high-quality weed after a nine to ten-week flowering period.

Cannabis growers cultivating this cultivar outside in a Mediterranean climate can expect a harvest of 25–30 oz./plant by mid-October.

Lemon Garlic OG is another high-yielding hash strain, especially when cultivated outside.

This cultivar develops into reasonably tall plants, typically reaching heights between six and ten feet. It can be challenging for indoor cultivators to grow them.

That said, when grown indoors, this hash strain typically produces between 14 and 21 oz./㎡ of delicious buds packed with pungent-smelling trichomes after ten to eleven weeks of flowering.

When cultivated outside in Mediterranean climates and with some trimming and pruning, this cultivar generously rewards you with about 35 oz./plant by the third week of October.

Although the cultivars mentioned in this article are some of the best strains for making hash, they’re merely the tip of the iceberg.

Plant genetics isn’t the only variable determining whether a weed cultivar is a good hash strain, though.

It’s also crucial to cultivate the plants under optimal conditions in an ideal environment, harvest them at the right time, and follow the correct handling procedures for extraction.

The trichomes’ quality is, however, greatly determined by the cultivars’ genetics.

So, knowing which are the best strains for hash production will help guide you to success as you’re getting started.For experienced hash makers looking to broaden their horizons, our list of the four best hash strains may just point in the right direction. Visit our store and happy growing!

« The Benefits of Using Marijuana for Pain Relief
pH For Cannabis Explained: Master The Scale »