All You Need to Know About Orange Weed Strains 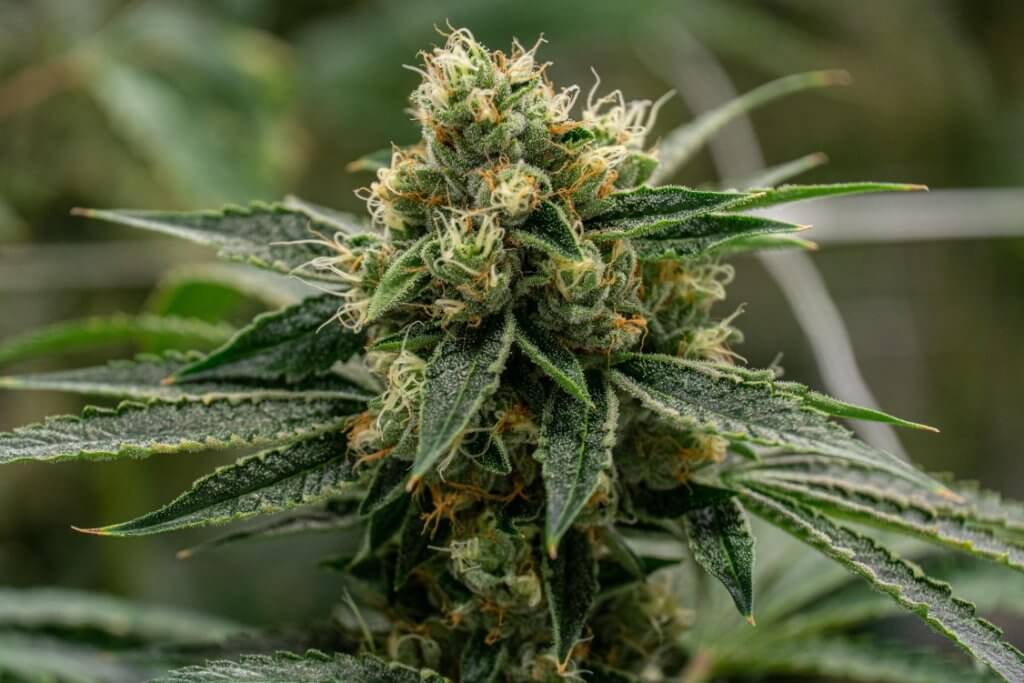 What happens when the 420 scene and a delicious citrus fruit collide? A collection of delectable orange weed strains that tantalize the taste buds emerge. There’s an orange strain to suit most palates.

The effects differ from one cultivar to the next, with the common attribute of sweet citrus aromas and lemon-orange flavors. Join us as we explore what makes orange weed strains so popular.

Let’s kick things off by defining what these cultivars are.

What are orange weed strains?

Orange weed strains refer to the various cultivars that exude citrus aromas and flavors. Some tokers also use the term to describe weed strains with orange hair. You can usually identify strains that fall into this category by their orange weed names.

These citrus properties result from a unique blend of terpenes, and in some cases, cannabis genetics. Marijuana with dominantly lemon flavors usually contains limonene. This terp, along with myrcene, often fuse to give orange weed strains a distinct taste with earthy undertones.

Many weed strains with orange hair don’t always have citrus properties but may have an orange cannabis parent or grandparent strain. These tasty Mary Jane options not only share aspects of their flavor profile but, in most cases, have similar effects and medicinal advantages.

The history regarding orange marijuana is slightly obscure, but what we do know is that these citrus-scented cultivars rose to fame in the early 80s, with the original Orange Bud strain at the forefront of orange weed types.

Those on the 420 scene tend to agree that Orange Bud originated from two skunk parents; however, strain-specific information regarding its genetic lineage remains a mystery.

What are the weed orange plant’s effects?

The orange weed strains list is quite extensive, and each has unique traits. Depending on the THC and CBD levels in each cultivar, the effects vary. Orange strains of weed aren’t typically sativa or indica based on their flavor profile; genetics play a major role.

This is why it’s hard to distinguish if orange-flavored weed strains cause a trippy euphoric high with energizing effects or if these cultivars induce body-melting couch lock. We can only look at the similarities of these strains.

A common factor in most orange-smelling weed strains is the limonene terpene.

It’s an oil secreted in the flower’s resin glands and is responsible for some of the orange weed strain’s health benefits. Some medicinal advantages of orange strains of weed include treating:

Some cancer patients use weed, orange cultivars in particular, as part of their treatment plan.

Typically, strains of weed with orange in it have a deeply citrus profile. Most variants in this category are sweet, with a slight tanginess from the lemon and lime notes. You’ll detect bitter grapefruit and delicious tangerine in certain varieties, but the dominant flavor is usually orange.

Some hybrid orange marijuana strains have earthy and spicy undertones, which compliment the blend of flavors. The reported scents and subsequently the taste of individual orange weed strains also depend on the other terpenes it contains.

Those with myrcene have distinct earthy and woody profiles, but those with pinene have a subtle pine taste. It’s also common to find caryophyllene, the spicy terpene, in orange weed strains.

Flavors also get influenced by the minute dosage of terpinolene, which brings a fusion of herbal, floral pine, and citrus to your cannabis.

What are the 5 top orange weed strains?

Tokers rank orange weed strains favorably, and choosing just a handful is challenging. We selected our top five based on flavor, effects, and how enjoyable they are. Some of the options are quite potent and attained several accolades.

Orange Bud is a hybrid orange cannabis with high levels of THC ranging between 16 and 23%. Many cannabis enthusiasts believe this particular cultivar sparked the trend of smoking citrus strains.

It’s extremely potent and has a robust flavor profile that hits your nostrils with rich flowers and spicy citrus. When you exhale, you’ll also taste strong orange notes and sweet cinnamon.

The effects hit quickly after a toke or two, inducing euphoria and chattiness, making it the ideal orange marijuana variety for social events. Although potent, the strain will leave you with enough mellow energy for participating in mild activities.

Many opt to grow this orange cannabis themselves as cultivation is beginner-friendly, and it can grow indoors or outdoors. Orange Bud Feminized claimed second prize in the Bio category in the 1994 Cannabis Cup.

Super Lemon Haze is an award-winning strain that nabbed multiple prizes at the High Times Cannabis Cup. The strain results from a cross between Super Silver Haze and Lemon Skunk.

It’s a hybrid with sativa-dominant properties. It’s one of the orange weed strains that contain terpinolene as the main terpene. This influences both taste and effect. Super Lemon Haze has a zesty lemon fragrance with hints of earth, spice, and pepper.

When you inhale this cultivar, you’ll also notice musk and tropical fruits that intensify as they tease your taste buds on the exhale. Tokers usually enjoy this strain as a wake and bake as it boosts focus and creativity while relaxing your body.

Growers who have experience cultivating strains of weed with orange in it tend to dabble with growing Super Lemon Haze.

Tangie is a sweet and sour strain and one of the more popular orange weed types. The genetics of California Orange and Skunk #1 make the cultivar sativa-dominant. Tangie boasts up to 22% THC and has a wide range of medicinal benefits.

It’s a wake and bake strain that’s fast-acting. The first toke of Tangie brings a euphoric rush of energy before settling into a serene calm that has you feeling relaxed. This strain is quite potent and best enjoyed by those with orange cannabis experience.

Sensitive tokers may experience discomforts such as headaches. The flavors are reminiscent of a tropical desert with sweet and sour profiles.

When it comes to orange weed strains, Lemon Tree is often underrated. It’s a hybrid with a distinct citrus bite. It exudes scents of pine and acidic citrus. These aromas tempt you to taste it, and as soon as the smoke hits your tongue, you’ll detect lemon, orange fuel, and diesel undertones.

The complex combination of flavors gives the Lemon Tree an intriguing profile. The effects are relaxing and blissful. You may consider having a puff of this orange cannabis when you lack motivation for your daily tasks. It’s also great for releasing tension in tired muscles.

Cultivating this orange cannabis is beginner-friendly, and you can choose to grow it indoors or outdoors. The buds are quite large and covered in white crystals.

Agent Orange has a bouquet of sweet citrus flavors which enchant your taste buds on the inhale. As you exhale, you’ll detect hints of cheese and spice that compliment the orange cannabis as it escapes your lips.

The effects of Agent Orange are mainly mental, and there’s a slight energizing body buzz that boosts you to start your day. It’s a social strain that brings about a case of the munchies and has you feeling bubbly.

Growing this orange marijuana is ideal for intermediate cannabis enthusiasts who have experience using a screen of green (SCroG) technique. Agent Orange is also excellent for treating medical issues, such as muscle spasms, anxiety, and fatigue.

Lemon Pie is one of the orange weed strains with layered flavors that induces bubbly euphoria. It is one of the easiest strains to grow indoors and outdoors, fantastic for beginners. Typical indoor yields range around 18oz/m2, and outdoor variants produce approximately 21oz./plant.

Super Lemon Haze not only makes our list of top strains but also happens to be one of the most bountiful orange weed strains. It produces an indoor yield of between 21–25 oz./m2 and an outdoor harvest of 28-35oz./plant.

Orange weed strains are firm favorites on the 420 scene. The appearance of the buds draws you in, and the fragrance and flavors seal the deal. These cultivars usually have pleasant effects that leave you feeling blissful.

Many tokers cultivate orange cannabis at home and enjoy the penetrating citrus aromas long before harvesting the nugs. These strains are usually easy to grow, and the yields are bountiful.

Check out our Homegrown seed store to get started on your own orange marijuana crop.