What Are Landrace and Heirloom Marijuana Strains? 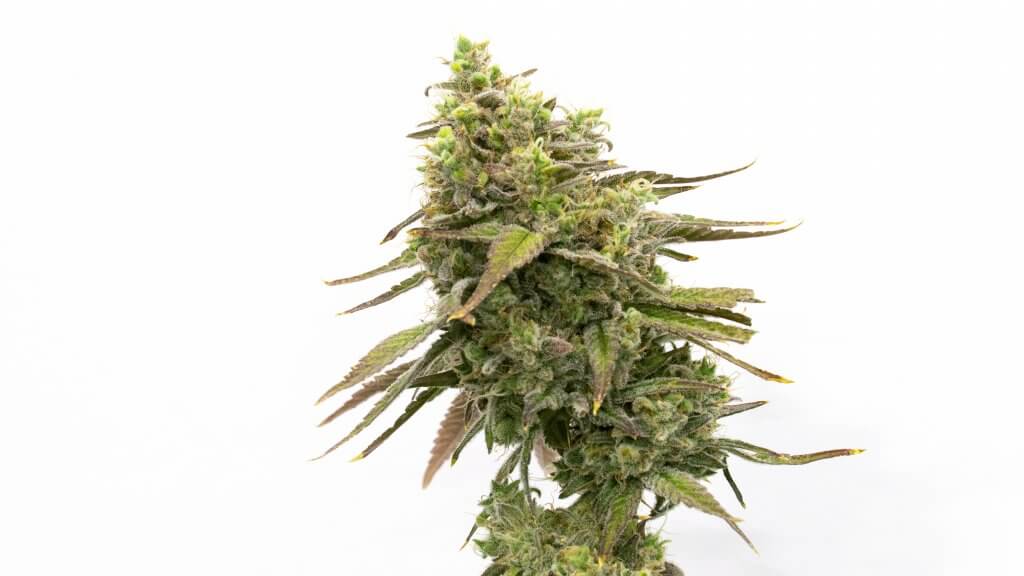 Master breeders, employing selective breeding and advanced techniques, continue to create new marijuana hybrids boasting unique traits. For homegrowers researching the next project, there are two terms that pop up all the time – landrace and heirloom. Are these two one and the same? More importantly, what are they and what is their contribution to the diversity of the species?

What Are Landrace Marijuana Strains?

Landrace strains are cannabis plants indigenous to a specific geographical location. Over time, these plants have adapted to local conditions like soil, climate and the presence of other flora and fauna. Environmental changes cause the plants to evolve, resulting in variations in physical characteristics and genetic make-up: the phenotype and genotype. Every original landrace strain carries its history and geographical roots in its genome.

While browsing the catalogues of cannabis seed banks, you may have come across landrace marijuana strains. Some of the more popular ones include Acapulco Gold, Durban Poison, Hindu Kush, and Pure Afghan.

It shouldn’t be difficult to figure out where a landrace originated, as many are named after the place of origin. Most can be traced back to the Hindu Kush mountain range in Pakistan and Afghanistan, though strain-hunters have also found them in the Indian subcontinent, Africa and Central America.

Generally, landraces are either pure Sativa or pure Indica. Because of that, some people have taken to calling them the original Sativa and Indica strains. There are only about a hundred landraces in existence, but they are the genetic cornerstone of tens of thousands of hybrids.

Why Landrace Strains Are Unique

Marijuana landrace strains are the oldest strains in the world. They grow naturally and without human interference. Over time, as the plants adjust to their unique environments, their genetics stabilize. Since landraces have never been contaminated by other species (by cross-breeding), their genetics are deemed pure.

The purity of these landraces is evident in their distinct aroma, flavor and effect. The psychoactive and medicinal properties of two different plants that grew in the same region will be notably similar.

If you can get your hand on a landrace strain in its pure, unadulterated form, you’ll be holding a piece of history dating back thousands of years.

Why Landrace Strains Are Rare

Back in the 60s and 70s, landraces were pretty much the only plants available, and they were highly sought-after. Supply was limited and cost prohibitive. Cannabis growers would explore the ‘Hippie Trail’ through Turkey, Lebanon, Afghanistan and India to search for the highly-coveted landraces.

It was a time of fun, adventure and discovery with intrepid growers bringing home exotic cuts and seeds to cross-breed and improve. The hippie trail represented the first steps towards the modern hybrid and the myriad cultivars available today.

Pure landrace strains still exist but are exceedingly rare. The majority have become diluted, removed from their native environments and exposed to new growing conditions, changing the plants forever. Every new phenotype edges further away from the original strain.

Once removed from its original habitat, a landrace strain loses authenticity as it’s virtually impossible to replicate the exact conditions in which it grew and thrived for thousands of years.

Why Landrace Strains Are Important

Landrace strains tend to be tricky to grow and slow, lacking in both potency and yield. They simply cannot compete with modern hybrids bred for fast growth, massive THC concentrations and huge yields.

Unlike modern hybrids, pure landrace strains do not generally appeal to the growing public. They are, however, very important to breeders and seed banks, many of whom possess admirable collections of landrace strains and continue to preserve them in their vaults as seeds.

Back in the old days, these cultivars were the most sought-after cannabis plants in Europe and the United States. Growers started breeding for specific characteristics. Yield, flavor and aroma were always looking to be improved, but other traits followed trends. Where there was a demand for insanely high THC, we are now seeing a market for low THC, high CBD strains. The medicinal properties of cannabis and subsequent interest means you can buy high-CBD strains online from most reputable banks. CBG, which has mostly remained out of the limelight, appears to have immense pharmacological value. Breeders today are scrambling to create high-CBG strains and to keep ahead of the curve when it comes to isolating the next valuable cannabinoid.

Homegrown Cannabis Co., has an illustrious family of over 400 hybrids, each one traceable to a pure landrace strain. Without the landrace, there would be no elite lineages – OG, Diesel, Cheese, Skunk, Blueberry, Purple and more.

What Are Heirloom Marijuana Strains?

The word “heirloom” is defined as something valuable handed down from one generation to another. In cannabis culture, it refers to strains that have existed for decades without being crossed with other strains. They are valued for their purity and history. While heirlooms are similar to landraces, there are differences.

Heirlooms are landrace strains that have been taken out of their native habitat to be grown in a different location. Unlike landraces, they’re not indigenous to their current environment. Transportation and human intervention means they’re not as “pure” as their landrace ancestors. Still, compared to hybrids, heirlooms possess far more of the original genetic make-up.

Heirlooms can trace their roots to the cannabis connoisseurs of the 60s and 70s who trekked through the Hippie Trail to get hold of landraces. They brought the seeds home, cultivating them under different growing conditions. Eventually, they started cross-pollinating the strains, giving birth to novel hybrids.

The majority of the heirloom marijuana strains available today were first cultivated in Hawaii and Northern California. Landrace seeds from equatorial regions such as Thailand and India enjoyed the tropical climate and fertile soil of Hawaii. Meanwhile, the slightly cooler temperature of Northern California suited strains indigenous to the Hindu Kush mountains.

Why Heirloom Strains Are Unique

The seeds of marijuana heirloom strains are passed down from one generation of cannabis cultivators to another. Because of their genetic purity, the parents and their offspring share very similar characteristics. This allows breeders to identify and isolate desirable traits such as flavor, aroma, growth characteristic or adaptability.

Since heirlooms have never been cross-bred with other strains, they are often pure Sativa or Indica. They give growers and breeders the opportunity to enjoy pure, unadulterated genetics impossible to obtain from hybrids.

Why Heirlooms Strains Are Rare

While not as rare as landraces, heirlooms are also getting harder to come by. For one, cannabis cultivation – while becoming more popular – is still not very widespread and not many growers can access heirloom seeds. Ironically, while cannabis growing gains popularity, interest in classic, heirloom strains is starting to diminish. With the rise of hybridization, selective breeding and the constant hunger to develop new and exciting hybrids, heirlooms AND landrace strains find themselves marginalized.

Another possible reason for this rarity is that breeders and seed banks treat their collection of heirloom strains as trade secrets. They would rather use them to create hybrids rather than make them available to the public. Whether or not this is a bad thing is a conversation for another day.

Why Heirloom Strains Are Important

Heirlooms are as close as one can get to landraces – the OG of cannabis strains. Their importance to the preservation of the species cannot be understated. Without heirlooms, some indigenous strains would have been lost forever. Due to wars, (especially Afghanistan), natural disasters, global warming, commercialization of land, and the destructiveness of the war on drugs, landraces have never been so endangered.

Considering the colossal number and combinations of organic compounds found in cannabis, it’s safe to say that its potential has nowhere near been realized. While researchers uncover more benefits and find different ways to use cannabis not only for relief but also to save lives, the importance of preserving heirloom strains cannot be overstated. Preservation is the key to creating future medicines and treatments, improving humanity and making our lives more enjoyable. And old-school weed can be pretty enjoyable, too!