12 Types of Cannabis Mutations You Must Know 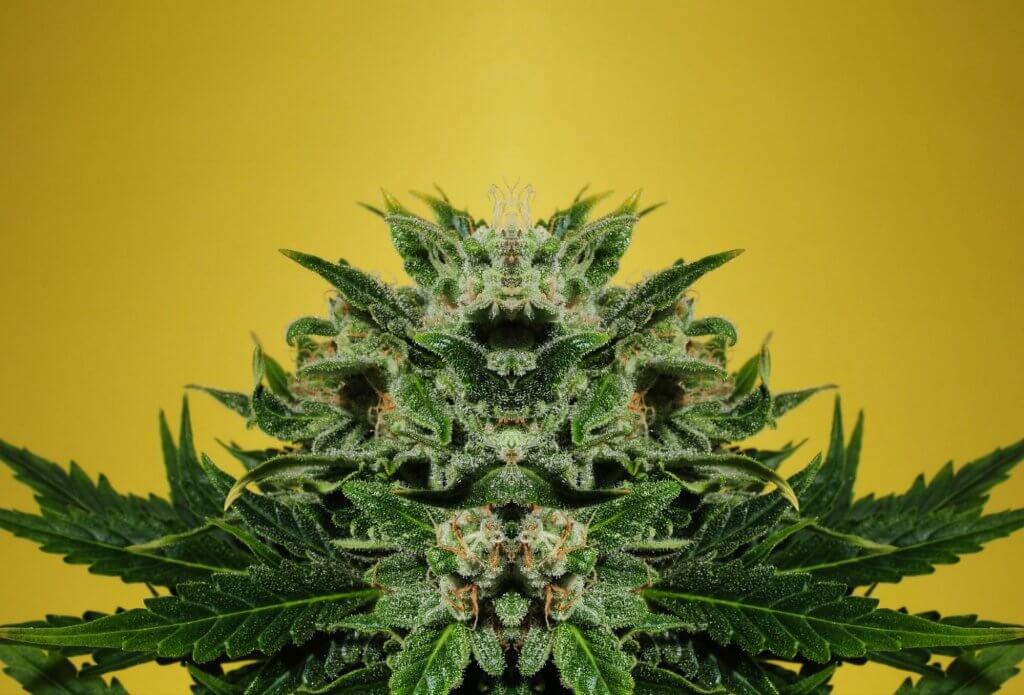 Genetic alterations occur when cells reproduce, and cannabis mutations follow the same script. They continually expand chromosomal diversity within a single organism or as a product of a DNA combination.

The variations are primarily negative or neutral, but sometimes random mutations can cause unexpected benefits. Epic strains can result from these arbitrary errors. Breeders hope to isolate and stabilize the genetics through selective reproduction. Nature does the same thing.

We look closely at the most interesting, outlandish, and helpful traits found in mutated weed. Tag along to unearth some of the weirdest cannabis properties you’ll ever see.

What are cannabis mutations?

Marijuana mutations are changes in the plant’s DNA through natural causes that alter the genes or the chromosomes. These infrequent variations are usually detrimental, but cannabis mutations can also be neutral or beneficial.

The DNA spiral helix within all cells contains the genetic blueprint for reproduction. It looks like a twisted ladder with two long strands connected by rungs called base pairs.

Self-replicating cells aren’t perfect. Sometimes, errors occur when they pass on the wrong information in their DNA. These mistakes lead to bud mutations that may change the evolutionary path of a species or do nothing.

A single chromosome contains hundreds of genes and thousands of base pairs. A change in any of these could cause a weird or wonderful transfiguration.

Plants are unlikely to pass on harmful weed mutations as they could compromise survival, but sometimes, random variations prove helpful. If the crop prospers and creates many offspring, the trait stabilizes in its DNA through natural selection.

Some transfigurations affect the entire marijuana plant or only alter how it grows. They can cause extreme changes in appearance, and a few are highly attractive but may do nothing to improve output.

There’s not much information on or understanding of these weird mutations. Scientists aren’t sure they’re weed mutations, as all cannabis plants may exhibit this behavior under specific conditions.

The best theory is that incorrect nutrient allocation in early development is to blame. Essentially, the plants focus their energy on the side branches, which “tops” them. The crop survives and may even produce a generous yield.

Genetically, one is a clone of the mother, while the other is a natural blend of both parents. They don’t offer any advantages for breeders. While cannabis seedling mutations are odd and exciting, nobody is trying to create a commercial strain of polyembryonic hybrid weed seeds.

This strange modification usually occurs in very humid tropical climates. This phenotype can grow big, with heavy branches that weigh the plants down. Some end up growing along the ground, even producing new root sites in certain cases.

These marijuana plant mutations may be helpful, as the extra roots increase nutrient uptake, leading to heavier output. The problem is that this change is sporadic, and breeders haven’t created any commercial strains.

A few of these specimens even have stems twirling around each other, but accounts are rare. While the look is unique, this evolutionary trait has no apparent advantages. No commercial strains exist.

These marijuana mutations result in a dazzling visual effect. Cannabis plants produce two leaves at each node, but with whorled phyllotaxy, they make three. It results in extra-bushy greenery and can often mean more generous harvests.

Breeders haven’t been able to grow a three-leaf marijuana plant successfully. If you cultivate one of these unicorns, enjoy it, but be warned that it tends to develop hermaphroditism.

Bud mutations cause exotic variations to the flowers, which can be both exciting and terrifying. Don’t panic, and embrace the rarity of this genotype. While it may not boost your yield, it helps your experience, knowledge, and understanding.

Foxtail cannabis strains most often hail from Thailand or Colombia. The calyxes in this mutated weed plant don’t form the usual round bud structure. Instead, they’re stretched and look like church spires.

The calyxes pack on top of each other in this anomaly, which is neither beneficial nor helpful. While it may mean your flowers aren’t maturing properly, light or heat stress can also be to blame. Some purple cannabis strains produce foxtail buds.

These mutated cannabis plants are another common but striking variation. Bud sites are usually at the nodes on the stems, but sometimes they form where the stalk (petiole) meets the leaf. The extra growth might seem advantageous, but the leaf buds are insubstantial.

Although they’re an exciting phenomenon, they don’t offer any benefits as the flowers are so light. Many cultivators even lop them off to ensure their plants focus their energy on further growth. Some people call leaf buds piggyback marijuana mutations.

Polyploidism is when organisms have more chromosomes than is typical for the species. Cannabis is typically diploid (two chromosomes) but can be triploid (three) or tetraploid (four).

Growers have used polyploids widely in fruit and vegetable farming, as there’s potential for higher yields. Although it can lead to massive plants with enormous buds, breeders have failed to isolate and replicate this marijuana plant mutation in a commercial strain.

With stringy weed buds, the calyxes develop along the branch instead of in tightly-packed clusters. The strings have unique properties and flavors, and breeders stabilized the trait while creating the potent Dr. Grinspoon strain.

Pot leaf mutations can be advantageous for growers trying to keep their cannabis cultivation quiet. Some of these leaves look very little like the iconic five-fingered versions, while others elevate the beauty of the original.

These cannabis leaf mutations make the foliage broad and webbed, similar to duck feet. The broad three-leaf marijuana plants look nothing like the typical iconic shape, especially during the vegetative stage.

Growers consider this marijuana leaf mutation favorable, as it disguises the crop without sacrificing quality or potency. Duckfoot is a slang term for pinnatifidofilla.

Even in the flowering phase, plants look and smell very different, so breeders decided to experiment. They isolated and developed the trait by creating a strain called Frisian Duck that displays cannabis leaf mutations.

ABC, or the Australian Bastard Cannabis strain, results in crazy weed plants that look nothing like their regular counterparts. Locally dubbed Bindi Buds, this weed leaf mutation was discovered in Sydney around 1970–1980.

These leaves differ wildly from the five-fingered, serrated style. ABC foliage maxes out at about two inches long and isn’t saw-toothed. It’s shiny, smooth, and more typical of a succulent.

This mutated cannabis plant grows like a shrub instead of the traditional Christmas-tree shape. The leaves are tough and protect the plants against the harsh Australian climate.

While the original ABC strain was low in cannabinoids, breeders successfully elevated THC levels while retaining the distinctive leaf shape.

ABC weed mutations haven’t made their way into the commercial market as the gene responsible for the leaf shape is highly recessive. Breeders can create new weed strains that boast similar hardiness with ease, but passing on the bizarre foliage has been more challenging.

Plants use chlorophyll to convert sunlight into energy. Albino weed lacks this pigment, so it’s unable to make the food that sustains it. Some of these cannabis mutations start white while others shed the green as they age. A few are even two-toned.

If this beautiful cannabis plant creates buds, THC and other cannabinoids are likely low. Those in the know declare albino buds noticeably smoother, as they lack the harshness of regular chlorophyll nugs. Unfortunately, variegated weed seldom lives long.

Cannabis mutations are generally a pleasant surprise, even though they’re not always beneficial. These fascinating evolutions are thrilling to see because they’re so rare. There’s not much you can do to prevent them, as it’s all down to the DNA.

Most growers enjoy watching their weird-looking weed crops complete their life cycle, even if yields are smaller. Remember that mutated cannabis plants are more predisposed to hermaphroditism, so keep a close eye on them.

At Homegrown Cannabis Co, we’ve got the broadest range of top-quality seeds in the USA. We can’t promise you a mutated weed plant, but we’ve got virtually everything else.

« Polyploid Cannabis: An Innovative Step In The Marijuana Industry
What Do The Different Weed Colors Mean? »