Cannabis Plant Anatomy: A Fascinating Guide From Seed To Cola 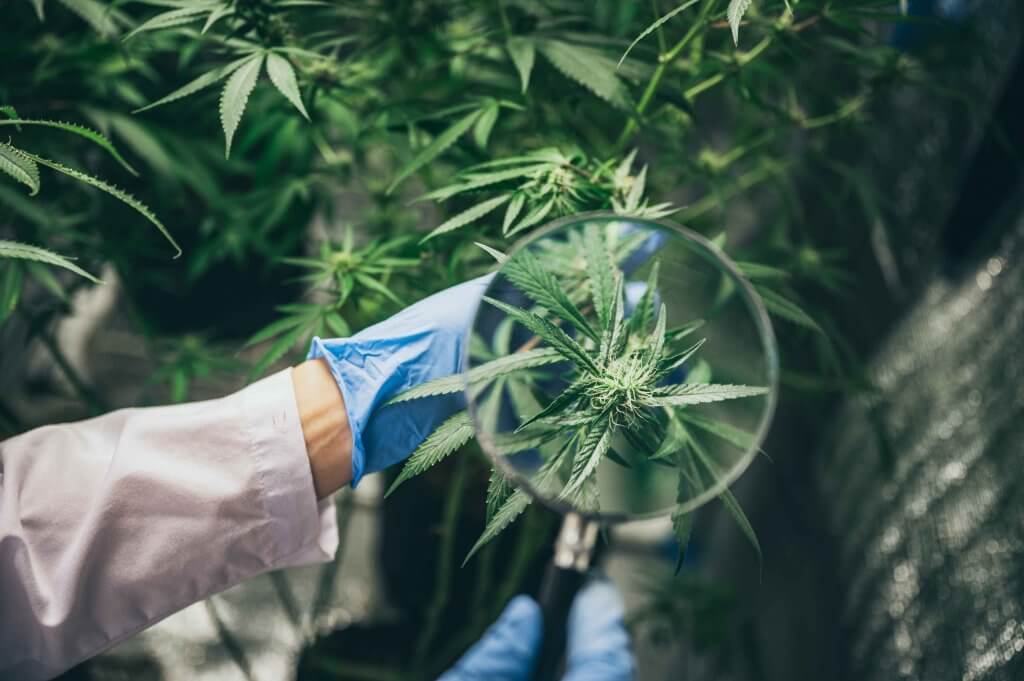 Marijuana crops and the physical and cerebral effects the buds induce never cease to amaze people. The fan leaf is the most recognizable weed symbol, but did you know the shrub has more captivating parts? The cannabis plant anatomy is fascinating.

The Green Wave continues to wash over the US, renewing interest in this unique plant. From seeds to colas, you’ll discover the different parts of a weed crop and their role in its life cycle.

We also examine the genders, why their flowers differ, and how environmental conditions can change a shrub’s sex. So, how complex is weed anatomy? Let’s start by taking a closer look at the majestic marijuana plant and all its vital parts.

Cannabis plant anatomy: What are the parts of the weed plant?

Cannabis plant anatomy is fascinating for cultivators and marijuana users. Each piece of the crop has a vital function. Let’s look closer at the main parts of the weed shrub and discover their primary purpose.

The flowers contain the majority of beneficial cannabinoids, terpenes, and compounds. The buds are then dried and cured. Weed users then grind them to smoke them and avail of the effects. Tight clusters of seedless flowers develop from unpollinated female plants.

The shape, colors, and aromas of the buds depend on the strain you’re growing. There are significant differences in male vs. female weed flowers, and we look into that later.

The most stunning visual part of cannabis plant anatomy is the colas. These beautiful clusters of densely-packed buds develop almost anywhere on marijuana crops.

The main one is a single apical bud sitting on the top peak of the weed plant. The other groups of colas can produce substantial yields if you prune the lower leaves to increase light penetration.

The bract is a tear-shaped leaf sitting near a female crop’s reproductive area. It contains resin glands and produces the highest concentration of beneficial terpenes and cannabinoids of all marijuana plant parts.

The calyx is a translucent layer protecting the ovule and forms at the base of a flower. It’s not observable to the naked eye, as it’s well-hidden in the bract.

Weed trichomes are the frosted coat of resin covering the buds. These tiny crystals are crucial in the anatomy of cannabis because they’re rich in cannabinoids, essential for hash production.

Trichomes form from translucent glands on stems, leaves, and the calyxes of weed crops. They also serve as a protector of the cannabis plant, defending it from predators and environmental threats.

The stigmas start out white but change color to yellow, orange, and even red during a plant’s life cycle. They play an essential role in the reproductive process but don’t contribute to potency, tastes, or aromas.

Sugar leaves hold resin and look like their name suggests. They’re small, have a frosty appearance, and grow near the buds.

Sugar leaves often grow trichomes due to their proximity to the cannabis flowers. Marijuana users sometimes harvest them to extract THC and CBD for various cannabis products.

Weed seeds are where life begins for all marijuana crops. They vary in size; healthy ones have tough, round casings with one end pointed and the other flat. Popping the shells allows you to observe the anatomy of a cannabis plant as it grows.

Marijuana seeds need moisture, oxygen, and warmth for the taproot to emerge. Germination takes 1–5 days, and it takes a few weeks for seedlings to move onto the vegetative stage.

The green-fingered cannabis leaf is a recognizable symbol of the 420 culture. The fan leaves on a cannabis plant can contain trace amounts of THC and CBD. They’re the parts of a weed crop responsible for capturing sunlight.

The node is a point of connection where a branch meets a stem or another limb. It plays a vital role in weed plant anatomy because it’s where you can determine a cannabis crop’s gender. Look for signs of male pollen sacs developing at the nodes.

One of the most critical parts of a cannabis plant is the stem. The stalk supports the weight of the marijuana shrub’s lateral branches. It provides stability and gives structure to other parts of the weed crops, and it’s divided by nodes.

It transports moisture and nutrients from the roots to the fan leaves because it contains the vascular system. The stalk also carries sugars and starches around the plant for storage or use.

The cannabis root system is the foundation of your plant and provides it with water and essential nutrients. The taproot emerges first from the marijuana seed and grows downward in the soil, searching for nutrients.

The roots develop into a web-like pyramid structure in the soil. They also store carbohydrates for when the crop enters its flowering stage, along with starches and sugars. Keeping the roots healthy will allow your weed plants to grow strong and produce big, beautiful flowers.

Marijuana plants typically have two genders—male and female. Most growers prefer cultivating feminized crops as these produce the THC and CBD buds we love to consume. Male shrubs are ideal for crossbreeding and creating new strains.

There’s also a chance the anatomy of a cannabis plant can change during the growth period. These marijuana shrubs are hermaphrodites or ‘hermies’ and contain male and female sex organs. Let’s look closer at three different types of cannabis crops.

Feminized marijuana seeds have a 99% chance of developing into female photoperiod plants. They grow and enter their vegetation and flowering stages depending on the amount of light they receive.

The buds are one of the most vital parts of a weed plant to cannabis users. Look for long, pear-shaped calyxes before the flowering stage, as they’re usually the first sign of the female gender.

These usually showcase their pre-flowers (stamens) sooner than females. They’re round in appearance, resembling a small soccer ball at the tip of a stick. These eventually develop into pollen sacs, ready to pollinate your ladies.

Familiarizing yourself with male marijuana plant parts is essential, especially if you buy regular weed seeds. Quarantine the male crops as early as possible to reduce the risk of accidental pollination if that’s not your goal.

A hermaphrodite cannabis plant develops male and female traits during cultivation. The cannabis anatomy can change during growth due to light and heat stress or poor genetics.

Bananas or ‘nanners’ can sprout from cannabis flowers during the early and late flowering phases. They’re long, yellow growths representing the male stamen. They can pollinate female plants anytime, resulting in buds full of seeds.

There are steps you can take to avoid the possibility of developing a hermaphrodite. Research different strains as some variants are more prone to growing nanners. Avoid high heat and humidity, and don’t leave plants too close to your grow lights.

The diagram of a cannabis plant may show you all the essential pieces but won’t answer all your questions. Here are some common FAQs about weed parts.

What part of weed is used to smoke?

You can consume all parts of a weed plant, but the most common piece is the bud when dried and cured. Only female crops produce flowers, so purchase feminized or autoflower seeds for marijuana harvesting and consumption.

Which part of the cannabis plant contains the resin?

Resin looks like tiny shimmering crystals dusted on a cannabis plant. They can appear anywhere on a marijuana crop but are more concentrated in the buds and surrounding sugar leaves.

What part of weed gets you high?

The main psychoactive compound in cannabis is tetrahydrocannabinol (THC). High quantities of THC are present in female flowers and surrounding leaves. The levels of this cannabinoid vary and depend on the strain you’re growing.

What part of the weed plant makes seeds?

Male plants develop pollen sacs that pollinate nearby female crops. Impregnated female shrubs will then divert their energy into producing seeds in their flowers.

What part of the cannabis plant contains CBD?

Hemp plant anatomy tells us cannabidiol (CBD) is most prominent in the buds and leaves of a marijuana crop. Cannabis users extract the CBD-rich resin from the flowers to create oils and other topicals.

What part of the cannabis plant contains THC?

THC is present throughout the cannabis plant, but it’s more prominent in a female crop’s sugar leaves, trichomes, and buds.

« London Pound Cake Strain Information & Review
All You Need To Know: The Best PAR For Cannabis »