How Do Marijuana Plants Use Oxygen? 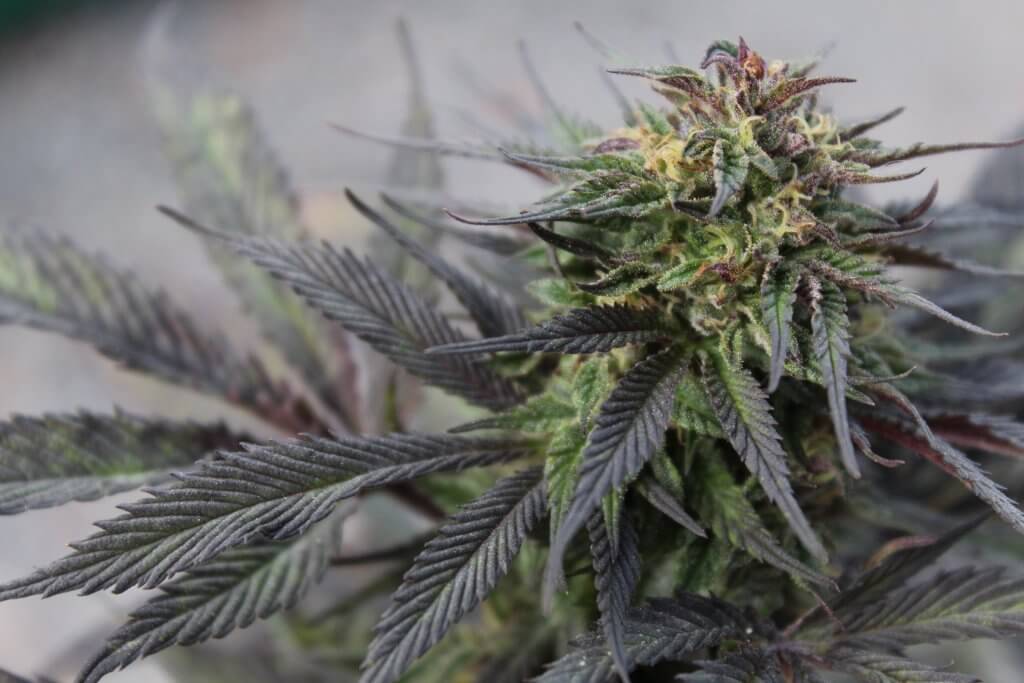 Oxygen plays a critical part in a marijuana plants’ life processes. The right amount of oxygen improves water and nutrient uptake, sustains health, and promotes better growth. However, many newbie growers are unaware of its beneficial impacts.

In this article, we will discuss oxygen’s role in your plants’ well-being and how oxygen deprivation can harm them. You will learn about the optimal oxygen level for your plants’ roots and how to maintain and boost that level.

Why Do Plants Need Oxygen?

However, digging a little deeper reveals that plants require oxygen as well. They only use carbon dioxide during the day, when light allows them to manufacture their food through photosynthesis. At night, the food-making process shuts down, and they consume oxygen instead.

The truth is, plant cells are continually using oxygen. Although plants can make carbohydrates to feed themselves, they have to break down those carbs to release the stored energy. They use oxygen to do that, in the process known as respiration.

For plants to live, they must be able to photosynthesize faster than they respire. When plants receive enough light exposure, they can generate plenty of oxygen. They use some of it during respiration and release the surplus into the air to access it later when night falls.

Moreover, some parts of the plant don’t participate in the photosynthetic process at all. Those parts consume oxygen all the time – such as the stems, seeds, and roots.

What Happens to Oxygen-Deprived Marijuana Plants?

Oxygen supply has a significant effect on your plants’ roots. Roots assimilate nutrients more efficiently in an oxygen-rich environment. What’s more, high oxygen levels result in greater root mass and healthier root tips. It also encourages the growth of fine root hairs, which are responsible for absorbing most of the plants’ water needs.

Besides water, the roots also absorb the necessary oxygen to convert food to energy during respiration. Insufficient oxygen around the roots, therefore, can cause wilting and hinder growth. These conditions could hurt bud production.

On top of all those problems, oxygen starvation can also stimulate ethylene production. Ethylene can cause cell damage and affect marijuana plants’ resistance to diseases. The risk of calcium deficiency is higher, no matter how much calcium supplements you give your plants. Lack of calcium limits root development and can cause leaves to wither and die.

Finally, the lack of oxygen encourages anaerobic bacteria to develop. Those organisms are the primary cause of the dreaded root rot. If left unchecked, you will have no choice but to remove and destroy the diseased plants.

Important note for soil growers: The most common cause of oxygen deprivation is overwatering. If your potting soil is too wet, you could suffocate your plants because their roots can’t get enough air. Know how often and how much water to give your plants to avoid water logging them.

How Much Oxygen do Marijuana Plants Need?

Marijuana plants, when grown in soil, usually get all the oxygen they need from the atmosphere. The air around us contains about 21% oxygen, which is more than enough for the plants. As long as the soil is somewhat porous, roots can easily access oxygen within the tiny air pockets. If you are using a commercial soil mix and feel it’s too dense, add 30% perlite and 10% vermiculite to loosen it.

Constant air circulation ensures an adequate supply of oxygen outdoors. In contrast, indoor growers must invest in a ventilation system. Use passive intake vents or electric intake fans to draw fresh air into the grow room, and exhaust fans to remove stale or depleted air. Oscillating ceiling fans could also help to keep the air moving around the space.

As for hydroponic growers, studies show that a dissolved oxygen rate of 10 to 12 ppm helps plants utilize nutrients more effectively. Tap water only has 5 to 9 ppm, so augmenting it with more oxygen could improve your crop. However, more is not necessarily better. Marijuana research suggests that the health benefits of dissolved oxygen plateau at 40 to 45 ppm, or 90% saturation.

What is Dissolved Oxygen?

Dissolved oxygen (DO) is the level of oxygen saturation in water. It’s usually expressed in 3 ways:

For home growers, the easiest way to measure DO is with a meter. Unfortunately, it is quite an expensive instrument and trying to understand its readings could be complicated. If you want to boost your cannabis production by monitoring the water’s DO, then it’s a worthwhile investment.

How to Boost Oxygen for your Plants

When it comes to ensuring a sufficient oxygen supply, we are primarily concerned with the plants’ roots. As mentioned earlier, an oxygen-rich environment supports the roots in fulfilling their role during photosynthesis and respiration. So, how do you boost the oxygen level?

Hydrogen peroxide is a liquid chemical compound that’s made up of hydrogen and oxygen, just like water. But unlike water (H2O), it has an extra oxygen atom; hence its formula is H2O2. It’s a common household item that’s used as a mild antiseptic and disinfectant. It is generally non-irritating and non-toxic at low concentrations.

H2O2 is an unstable molecule because that extra oxygen atom can easily break away from H2O2, and bond with another oxygen atom. That’s why hydrogen peroxide containers often have a warning: Do not shake!

When H2O2 breaks its chemical bonds, it forms H2O (water) and O2 (oxygen). The oxygen molecule is then free for plant roots to pick up. Many growers use hydrogen peroxide (H2O2) to augment the oxygen level in their water-nutrient solutions. It’s available at pharmacies as a 3% solution, or garden supply stores in 10% solutions.

Prepare your water-nutrient mix as usual, then add the H2O2. The proper dilution ratios are:

You can use the enriched-oxygen solution to water marijuana grown in soil or hydroponic setups. Since it has antiseptic qualities, H2O2 will also kill any pathogens or algae present in the water.

Oxygen is a gas that doesn’t stay dissolved in liquid for long. It starts to dissipate after a while, and the oxygen level goes down. Without oxygen, anaerobic bacteria begin to thrive. Before long, algae move in. That is why some bodies of water, like ponds or lakes, have an unpleasant smell and a cloudy appearance.

It’s best to keep water in constant motion to prevent this from happening. Turbulence allows water to take up fresh oxygen from the surrounding air, and release the excess carbon dioxide.

The most popular method of aerating water is to use a bubbler. You can use it to introduce air into your water-nutrient solution. For a large water reservoir like a hydroponics system, however, you should use a recirculation pump.

An electric pump keeps water circulating in the tank. It creates a current which enables dissolved oxygen to remain stable. At the same time, it exposes water to more air at the reservoir’s surface, increasing the DO level.

The best way to add DO to a hydro setup is to create a waterfall or vortex. You add those features not just for aesthetics, but more importantly, to prevent the water from getting stagnant. The result is an oxygen-rich environment that enables your plants to grow more robustly.

The amount of dissolved oxygen that water can hold depends on the temperature. Oxygen’s solubility decreases as temperature increases. In other words, warm water requires less oxygen to reach its saturation point. Once the water is 100% saturated, then it can’t absorb additional oxygen molecules.

Colder water can hold more oxygen, and so it’s easier to achieve the target DO level for your plants. The ideal temperature range is 16 to 22°C (62 to 66°F). Don’t allow the temperature around the roots to reach 23°C (75°F), to prevent root rot.

You can use an aquarium chiller to lower the water’s temperature, but don’t let it get too cold. Metabolic activity drops below 16°C (62°C), so try to keep your nutrient solution and hydroponic irrigation water within the perfect temp range.

Now that you know how integral oxygen is to your plants’ survival, take the proper steps to ensure that they have access to sufficient amounts of oxygen. Keep the air circulating in your grow area, and maintain the ideal temperature. If you are growing in soil, don’t overwater your plants, and use a potting mix that is porous enough to create air spaces for the roots.

Does marijuana need extra oxygen? The short answer is, not really. Your plants will easily survive with the average oxygen levels present in the atmosphere. However, advanced growers know that increasing dissolved oxygen in the plants’ water can make a huge difference. It can boost growth and prevent diseases.

While it is true that augmenting DO can be costly and time-consuming, the additional investment is worth your while. Showering your plants’ roots with oxygen-rich water stimulates root hair growth, and promotes water and nutrient uptake. The ultimate result is happier, livelier plants that will reward you with a fruitful harvest.