How to Tell if Your Plant is Male or Female Before Flowering? 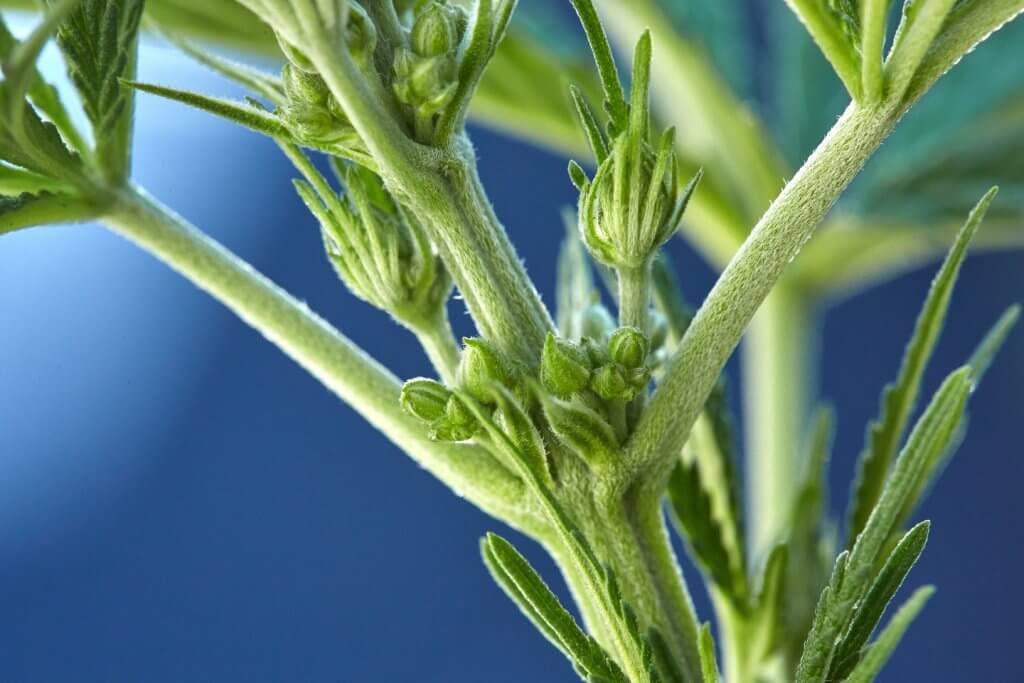 How to tell if your plant is male or female before flowering? Ask a modern at-home grower, and they likely won’t know the answer.

The wonders of modern breeding made it possible to purchase feminized cannabis seeds and cultivate a garden of only female marijuana plants. If you don’t shop with a reliable seed bank, you might run into a batch of males that ruin an otherwise bountiful harvest.

Luckily, cannabis exhibits signs of sex quite early, leaving more than enough time to notice and handle any potential issues. You just have to know where to look.

Let’s break down the basics and leave no stoner behind. Today, we’ll discuss how to tell the difference between male and female weed plants and explain the importance behind this distinction.

Marijuana can be male, female, or hermaphrodite. Male and female pot plants have a single set of reproductive organs, while hermies show both simultaneously.

Female marijuana plants show sex by budding into the flowers we all know and love. Telltale signs lie in the hairy pistils that sprout from the green outer structure called calyx and heavy trichome production.

We’ll discuss the male vs. female weed plant differences shortly, but you might encounter a third option.

Hermaphrodite cannabis contains male and female flowers in the same herb. They’re capable of pollinating other plants, or even themselves, and produce flowers full of seeds and with low cannabinoid contents.

There are two types of marijuana hermaphrodites. We went in-depth on the ways to differentiate between hermaphrodites and nanners in another post, but here’s what you need to know in this context:

Hermies develop due to bad genetics or cultivation issues, such as high temperatures, light leakage, and root rot.

Before we go any further, here’s a quick visual guide you can use for reference.

You can’t sex your crops by simply looking at the seeds. You’ll need to get inquisitive.

The first step is learning how to recognize and manage hermies in good time. With that out of the way, let’s examine male vs. female cannabis and why the growers and smokers even care about the difference.

Male marijuana plants tend to develop into lean, tall structures with scarce foliage. Short and bushy mothers are rich in vegetative growth, especially near the top, with abundant leaves to create food through photosynthesis and aid flowering later down the line.

Only female cannabis produces smokable, intoxicating flowers that made it the superstar it is today. The male counterpart is simply a pollen sack with low THC and CBD levels.

You’ll notice the signs of the buds or sacs on the stalks early in the development. Both genders grow reproductive organs before they flower, but females have the trademark hairy pistils on top for easy differentiation.

The vegetative stage is a period of leaf growth, and it’s near impossible to sex your crops at that time. Luckily, there’s a sweet spot between vegging and flowering proper called pre-flowering.

The distinctions between male and female weed plants become obvious in pre-flowering. Here’s when you want to focus on sexing and catching any males that might’ve snuck into your garden. In a nutshell:

Why is it important to identify the sex of your plants early?

Why should you go through the trouble of learning how to tell male from female pot plants? Because you care about the fruits of your labor.

Female cannabis can perform two functions in the flowering stage:

A combination of male and female marijuana plants is necessary to create new seeds and strains. ‘Mother’ cannabis nurtures and develops cannabis seeds after being pollinated by a ‘father.’ The ensuing genetics carry male and female characteristics.

Despite this utility, male cannabis isn’t valuable to most at-home growers. As discussed in our “How to Sex Cannabis Plants” potcast below, the sex of your pot garden determines the harvest you’ll be able to collect, as well as yield quality.

The first option follows pollination. Calyxes turn into seed incubators, decreasing the resin quantity, potency, and yield size. Seeded buds are harsher, have a more chemical taste, and can get nasty when smoked.

Sinsemilla, or seedless feminized seeds, develop when there are no males around. They’re the go-to option for most.

If you’re growing non-feminized, chances are around 50-50 that you’ll see a male plant, which is a risk that many growers aren’t ready to take.

If you plan on growing buds to harvest for smoking purposes, it’s not a good idea to keep males and females together. Choose fem weed seeds or keep a watchful eye over your garden to catch the early warning signs.

It’s the easiest to determine the sex of your cannabis garden when it flowers, but it might be too late. By that time, the males in the bunch might’ve already pollinated the females, which is bad news.

Males, females, and even hermies display gender through the small structures on the internodes.

Pre-flowers develop between the stems and the branches. The upper parts nearest to the sun or your grow lights are the first to show this growth.

When can you tell if your plant is male or female? The answer depends on your cultivation setup, but you can relax at least several weeks after germination in either case.

Pre-flowers have different timings in male and female weed plants. Males develop first, as fast as three to four weeks into vegging. Early signs of female plants also include pre-flowers, but those show up only thirty to forty days after germination.

Males show their sex seven to ten days earlier than their female counterparts indoors. The difference is around three weeks in outdoor setups, giving you ample time to compare and contrast.

What to look for?

There’s a difference between pre-flowers of two cannabis genders, and it’s your go-to way for how to tell if a plant is male or female.

Checking the stature is a bit less reliable, but if you already have a reason to suspect a male in your garden, it can help.

Males are usually taller and less bushy than females. If your entire garden is a single strain, pay close attention to the odd one out.

What should you do in case you find a male plant?

If you’re planning to breed cannabis and produce new seeds, continue growing your male and female marijuana as normal. Otherwise, you’ll want to get rid of the males as soon as possible.

Don’t move them to the next room and call it a day, either. Pollen can spread for miles. Throwing them away is the best course of action.

You’ll treat hermies the same as your male cannabis. They can still pollinate the mothers and lead to nasty, non-smokable buds.

Buds will develop, but hermaphrodite weed lacks potency and traits that make you crave for a smoke.

Other ways to differentiate between male and female weed plants

These tests determine sex and future potency while requiring only a tiny amount of plant tissue—think a leaf punch-out or a small cotyledon. For bonus points, you get info about the THC-CBD ratio.

Other than that, visual guides and reliable dispensaries are your best bet. Get a magnifying glass and examine the stems. You’ll catch those pollen sacs in no time.

We hope this guide helped you understand how to tell if your plant is male or female before flowering and what to do if you notice unexpected visitors.

Learning this cornerstone of cannabis cultivation made you much better equipped to tackle unexpected occurrences in the garden.

Stay on your toes if you’ve ordered a batch of regular seeds from Homegrown (our feminized varieties have a 99% female guarantee). You don’t want a rich harvest destroyed due to something as preventable as pollination.

Before we leave you to your garden, let’s answer some male and female marijuana questions we often hear in the community.

Do you need male and female weed plants together?

No, at least not for home growing purposes. Breeders still have to use both (unless they’re working on a new feminized strain), but you’re free to buy fem seeds and grow a garden for smoking without the thought of pollen ever crossing your mind.

Should I kill my male weed plant?

Yes, at least if you’re not going for seeds.

It’s always sad to see a budding beauty go, but growing weed for personal use requires female pot plants only. Males only threaten to cause random seeds in the few flowers you do end up collecting.

Can a female plant turn male?

No, but it can become a hermaphrodite. Even feminized weed seeds can develop male sex organs next to the standard set after enough environmental stress.

The common causes of ‘herming,’ as it came to be known, include:

How far away can a male plant pollinate a female?

Farther than you’d expect. Research shows that pollen can spread in a ten-mile radius, especially in windy environments.

The amount of pollen spread decreases with the distance, but it’s a dangerous game to leave male cannabis in a non-sealed room or anywhere near the female pot plants.

Will seeds from a hermie be female?

Hermie-produced seeds have a higher tendency to become hermaphrodites themselves, but they can also be female.

If you run into a hermie that got pollinated, you can germinate those seeds and provide them with extra TLC. The chances are that you’ll end up with perfectly usable marijuana crops.

Can a female weed plant have seeds?

Yes. Female marijuana plants are the ones responsible for seed production in the first place. The male provides the pollen required for new kernels, but the calyxes (think ‘seed ovaries’) are where the magic happens.