A Guide To Cannabis Landrace Strains 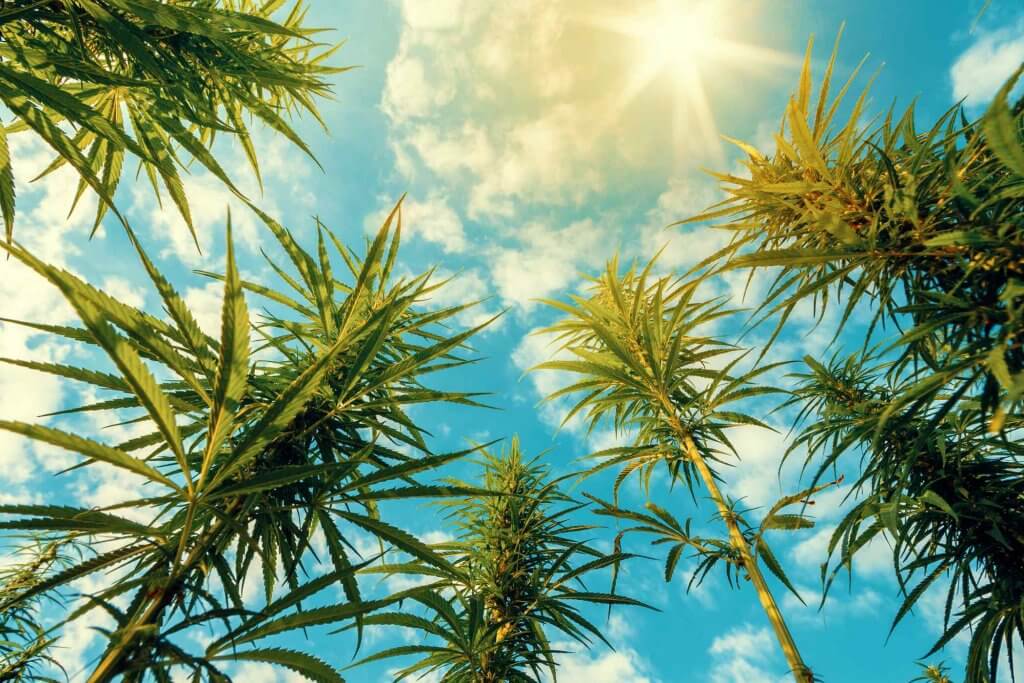 Weed growers around the world continue to create new cannabis cultivars by crossbreeding existing strains. As a result, many modern-day marijuana cultivars are hybrids, but their genetics all come from ancient landrace strains.

Join us to learn more about these original cannabis strains. We’ll explore where weed comes from, how to identify and source landrace cultivars, and which cultivars are considered original marijuana strains.

Where did weed come from?

First things first—where did weed come from? Let’s check out the genetic history of marijuana.

Cannabis has existed for millennia, and we can trace its use as far back as 2900 B.C.E. Historians believe our ancestors used this magical green plant for many things, including food, medicine, building and clothing material, and probably to get high.

It’s believed every marijuana strain that exists today can be traced back to a single landrace strain originating from the Himalayan foothills—today’s border between Afghanistan and Pakistan.

As early explorers traveled through the Hindu Kush area, they stumbled upon this landrace cannabis strain and took it along on their trips. It quickly spread across the globe.

Marijuana quickly became popular in China and India, where people used it in herbal medicine and religious practices. Next, it made its way to Europe, and by the 18th century, landrace marijuana strains spread all over the world.

Due to the constant transplantations, these weed strains began to adapt and evolve, allowing them to flourish in new climates. This non-selective breeding led to the great cannabis revolution and the birth of the hundreds of different marijuana strains that exist today.

What is a landrace strain?

The word ‘landrace’ is derived from the German, Dutch, and Danish languages and refers to the origin of something.

In short, landraces are cannabis plants that naturally grow in a specific area and are indigenous to that region. These strains haven’t been crossed with any other cultivar and contain pure and unaltered genetics.

Also referred to as original weed strains, landraces are the oldest known cannabis cultivars. After their discovery, they traveled, resulting in genetic mutations to help them adapt to the local conditions. As such, landraces can survive in various types of soil and weather.

These environmental changes also led to the evolution of landrace strains’ physical characteristics. However, every original strain carries its geographical history and true genetics in its genome.

Most of the time, landrace strains are named after the area they come from. There are only about 100 of these cultivars in existence, and they’re typically either a pure sativa or indica—there are no hybrid landraces.

Why are landrace strains unique?

Landrace strains are the oldest cannabis cultivars in existence. They grow naturally and don’t need any human help to flourish.

Original strains have never been crossbred with other cultivars, which means their genes are pure and not the result of human interference.

If multiple marijuana landrace strains hail from the same area, they typically share similar characteristics. The consistency between these plants is unmatched, and you can expect an equal dose of medical and psychoactive qualities.

Keep in mind that once you remove a landrace strain from its original habitat, it loses its authenticity, as replicating the exact conditions it grew in is almost impossible.

What’s the difference between landrace strains and regular strains?

The distinction between a landrace and a regular strain lies in genetics. The majority of cannabis cultivars today are hybrids, which means they’re a product of selective breeding.

Here are some of the various marijuana hybrids you can encounter:

On the other hand, landrace strains contain pure genetics and have never been bred. They’re classified as either a sativa or an indica, while regular strains are either sativa-dominant or indica-dominant—making them hybrids.

How do you know if a cannabis strain is really a landrace?

These days, it’s almost impossible to find pure landrace strains. Over the years, breeders have diluted their original genetics by removing them from their native habitat and exposing them to new growing conditions.

Every time a new phenotype enters the mix, it gets a little less of the original landrace strain’s prized genetics.

The only way to tell if you’ve got a landrace strain is by visiting the region it’s from and getting some yourself or by trusting a reliable cannabis seed bank. However, you most likely won’t be able to find a pure landrace, as they’re extremely scarce.

Are landrace strains still around?

Breeders only began crossbreeding sativa and indica landrace strains during the late 1970s. This practice allowed them to produce marijuana plants with the best characteristics of both strains while eliminating unwanted traits.

Although landrace weed strains are the cornerstone of cannabis creation, they come with several disadvantages, including:

Pure landrace strains typically don’t appeal to everyday marijuana growers and consumers, but they’re vital to professional breeders and seed banks. These individuals and organizations have enormous collections of rare landrace seeds for the purpose of preservation and future crossbreeding.

In short, landrace are still around, but they’re rare and not the ideal choice for regular cannabis growers and consumers.

How many landrace weed strains are there?

Nobody knows precisely how many landrace strains exist, and cannabis enthusiasts constantly argue about which cultivars make the list and which ones don’t. However, the consensus is that there are less than 100 original cannabis strains around.

Why is it so hard to find landrace marijuana strains?

Due to their less desirable traits, growers aren’t cultivating landrace strains on a large scale anymore. It’s difficult to get your hands on certain landrace cultivars, but some are still in circulation.

Nowadays, original strains are commonly called heirloom strains. Although they carry the true genetics of the landrace, they aren’t indigenous to their current environment.

Heirloom strains were removed from their natural habitat and planted in a different location. With the assistance of breeders, they managed to adapt to their conditions but weren’t deemed as pure as their landrace ancestors. Nonetheless, heirloom strains still have more of the original genetics than hybrids.

In cannabis culture, many people classify strains as either sativa or indica, typically describing the effects. However, these terms can also tell you a lot about where the strain originated from.

Remember, modern hybrids are either sativa- or indica-dominant, while landrace strains are pure sativas or indicas.

The effects of sativa strains are more energizing, uplifting, and creative. They pair well with socializing and artistic endeavors. Some of the common medicinal benefits include relief from anxiety and depression and an increase in appetite.

Landrace indica strains originally grew in mountainous regions further away from the equator’s heat. Indica plants are hardy and can survive the short summers and cold winters synonymous with their natural environment. They tend to produce short and bushy crops with large, broad leaves and have a shorter flowering cycle than sativas.

The effects of indica strains are relaxing, calming, and somewhat sedating. They’re best used for a mellow evening surrounded by your favorite snacks. Their medicinal benefits include relief from chronic pain, insomnia, and muscle spasms.

The two types of landrace strains are indica and sativa, which differ based on their natural habitat, physical appearance, and the effects they produce.

Indica landraces are native to mountainous regions with harsh climates. They develop into smaller plants with bushier foliage and more resin. Due to colder weather conditions, they go through a shorter flowering phase. The buds produce an intensely relaxing sensation.

If you want a landrace with the purest indica genetics, this is it. Afghani hails from the Middle East and made its way to the US sometime during the 1970s, right before the war on cannabis began.

Believed by many to be the original forefather of cannabis, Hindu Kush boasts 100% indica genetics. This landrace strain originates from the Hindu Kush mountain range on the border between Afghanistan and Pakistan.

Hindu Kush arrived in the US during the 1960s. It delivers relaxing, sedating, and slightly euphoric effects. Revered for its deep earthy flavor, Hindu Kush also emits refreshing citrus, pine, and lemon notes.

Named after the southern Afghanistan region, Lashkar Gah is a pure indica landrace strain with powerful effects. A few tokes of this timeless cultivar have you feeling relaxed, calm, and sleepy while relieving the unwanted symptoms of pain and insomnia.

Lashkar Gah plants are caked in resin and make excellent cannabis concentrates. This landrace is exceptionally rare to find, so count yourself lucky if you ever come across it.

This original sativa strain has existed since the 1960s. Acapulco Gold comes from Mexico and thrives in hot and exotic climates, making it a highly sought-after cultivar that’s exceptionally difficult to find. In 2014, High Times Magazine named it one of the greatest strains of all time.

Originating from South Africa, Durban Poison is an uplifting and energizing sativa landrace strain. It has a fantastic flavor that consists of orange, vanilla, spices, and cream. Durban Poison is one of the purest and most potent landrace sativa strains.

Durban Poison Feminized can help people with chronic pain, nausea, lack of appetite, and depression. These days, you likely won’t be able to find the original Durban Poison landrace strain, as breeders have tampered with its genetics. Nonetheless, it remains an iconic name in the cannabis community.

Rumored to be a favorite of Bob Marley, Lamb’s Bread is a pure sativa landrace strain from Jamaica. It’s thought to be a cure-all cultivar that boasts intense psychoactive effects and healing medicinal properties.

A few tokes of this island-bred strain have you feeling alert, creative, productive, energetic, and happy. Its holistic benefits can assist with depression, stress, anxiety, PTSD, and other mood disorders. Lamb’s Bread is also an effective pain reliever.

Besides being the birthplace of reggae legend Bob Marley, the Caribbean island is home to the Jamaican, a pure sativa landrace strain. The wake-and-bake herb is excellent for people who want a pick-me-up.

Smoking the buds fills you with energy and motivation, as negative thoughts melt away. The stimulating effects may help people alleviate anxiety and other mental issues.

Mag is one of many landraces found deep in the Iranian mountains. This pure indica strain is gorgeous, with purple and deep green colors and dense trichomes. Tests show a consistent THC level of 25–30%, offering you soothing sensations.

The herb’s euphoric buzz potentially relieves stress, anxiety, and ADHD, while the relaxation effects could help treat chronic pain, insomnia, and nausea. People with appetite loss may benefit from the munchies after smoking Mag.

As we mentioned earlier, landrace marijuana strains aren’t as powerful as modern hybrids. Through crossbreeding, growers can select the most desirable strains and produce weed plants with the best characteristics of these cultivars.

Landrace strains don’t have these benefits and are tied to their original genetics. If you want a taste of the most powerful original strain, we suggest giving Durban Poison a try for sativa and Afghani for indica.

The lowdown on cannabis landrace strains

Cannabis landrace strains contain pure DNA and lay the genetic foundation of all marijuana plants. Over the years, these original strains have evolved and developed distinct characteristics based on their habitat.

Modern hybrids are the result of selective breeding and contain a mixture of genetics. As such, only landrace strains are considered as 100% sativa or indica.

If you want a true cannabis experience, why not try a landrace strain for yourself? You can also add some of these unique plants to your next crop and preserve their rich history.

Remember to buy your premium weed seeds from Homegrown Cannabis Co. and check out our blog for expert tips and tricks on cultivating cannabis.

« ABV Weed: 5 Best Uses for Already Vaped Bud
A Complete Guide On How To Decarb Weed »