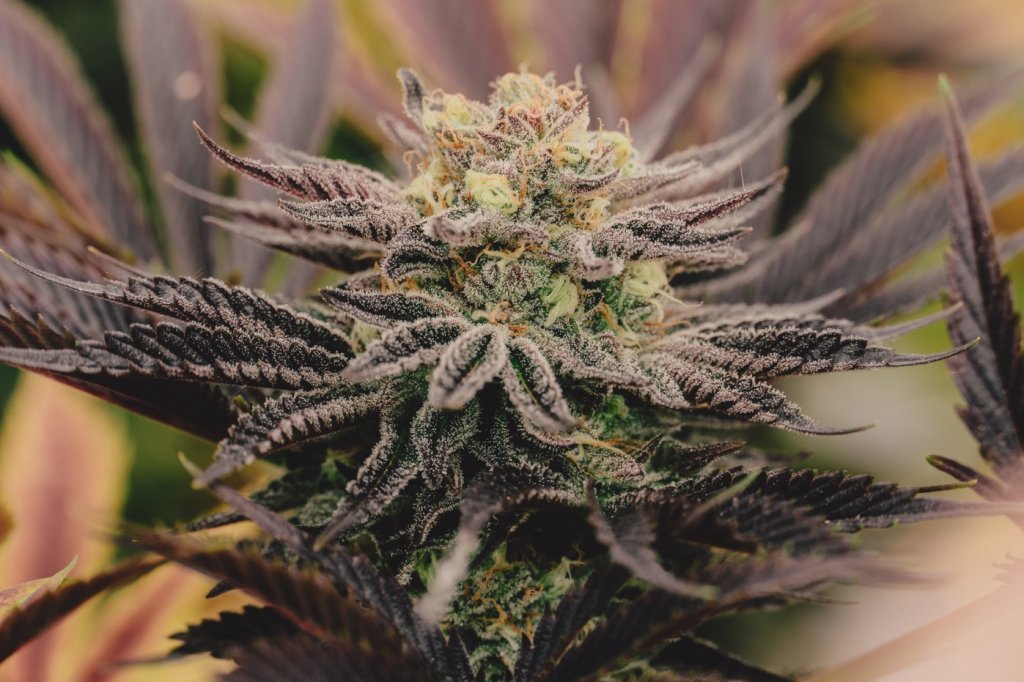 What does weed look like? It’s more than just the iconic ganja leaf.

Join us as we help you form a clear image of what marijuana looks like. We’ll look at each main part of the plant and two popular products for smoking.

Allow our team of experts to guide you as you embark on your cannabis journey.

Cannabis is known by many names, weed, bud, ganja, and pot, to name a few. Whichever name you prefer, it’s known and loved by many for its medicinal and recreational benefits.

So, how does weed look? Let’s find out what marijuana looks like at the various phases.

Cannabis is classified as a herb, and depending on whether the plant is growing or ready for consumption, weed can have many different appearances.

Indica plants tend to be broader, while sativa plants are often taller. The plant’s central stem holds the ubiquitous flowers, or buds, very important to fans of weed. Poking out between are branches that hold the iconic ganja leaves.

Marijuana looks like different things at different stages in its life. Let’s look at them.

Fertile cannabis seeds are usually dark in color and small, between 2-5mm thick. The shape of the cannabis seed is similar to tomato seeds if you want to compare. Seeds can be male or female but, for high-quality smokable weed, we want female seeds.

What does weed look like growing? Once cannabis seeds germinate, they start to sprout—this is when the seeds break open in the middle at the seam. A small tail then grows down into the soil to make roots. Later the two seed halves form fan leaves to gather sunlight.

The weed leaf is iconic to many and very useful to the plant. Sometimes called sun leaves, they help the plant gather energy. Cannabis leaves produce more CBD than THC and can be used for cooking or juicing.

With the numerous points and unique serration shape of the ganja leaf, it’s quite easy to spot.

Plants in the vegetative state

What does a marijuana plant look like growing? After the leaves start to grow, the plant enters what’s called the vegetative state. It doesn’t have any buds yet. Now the plant is trying to get bigger and stronger. People growing cannabis indoors can control how long the plant stays in this state by its light cycle.

When the marijuana plant thinks days are shorter, or when the grower changes the light cycle, the plant starts to flower. Twelve hours of darkness make the plant think that it’s time to bud.

The weed flower, bud, or calyx, is where the real magic happens. There are three main parts to a weed bud, the pistils, the sugar leaves, and the trichomes.

Pistils are red, brown, or orange-colored hairs that look pretty and help the plant trap pollen from male plants.

Sugar leaves don’t look like the famous fan leaf but contain a lot of cannabinoids.

Trichomes are tiny resin glands and contain the biggest amount of cannabinoids. The most potent buds will be covered in hairs and have a slightly white or shiny appearance.

How does weed look when it’s ready to be smoked? The closest comparison we could draw to a joint is that of a hand-rolled cigarette. Whether you call it a joint, spliff, or any other name, it’s essentially a cigarette filled with cannabis.

While many smoke the dried plant material from cannabis buds, you can smoke any part of the plant—the dried bud is most enjoyable though. Some people even mix the weed with tobacco to make it burn better.

Once the plant has reached harvest time, it needs to be dried out or ‘cured.’ Weed is cured to improve the taste and give you a smooth smoke. Most importantly, it’s more potent when dry.

The drying also means the weed lasts longer in storage than if it were wet. Depending on the plant, a gram can vary a little bit in size. So what does weed look like in a gram? A plant with dense buds will yield a gram that appears smaller. A gram is usually enough to make a joint to be shared.

When weed has been cured properly for around four to eight weeks, it’s ready for smoking or selling.

If it’s ready to be sold, you should see tidy buds that are nice and hairy. To make the buds more presentable, trim away any plant matter, like stalks and leaves, leaving behind the flower components.

Collecting sellable weed from seeds can be a long but rewarding process.

Hashish is a form of cannabis with a high concentration of trichomes and can pack a punch. Hash can come in different shapes and sizes.

A popular means of extraction is dry-sifting, separating the trichomes from the plant to produce something called kef or kief—which is then pressed to form hash. Hash is very diverse and can be consumed orally or smoked in a joint, for example. Vaporizers and pipes are also popular ways to consume hash.

What to look for

Weed is one of the most commonly used drugs in the world and enjoyed by millions of people. Some enjoy smoking to socialize, and others use it for medicinal benefits. Now that you have a better idea of what marijuana looks like you know what to look for.

To stay updated with the cannabis world check the latest news, stay tuned to our Homegrown Cannabis Co. blog and subscribe to our newsletters!