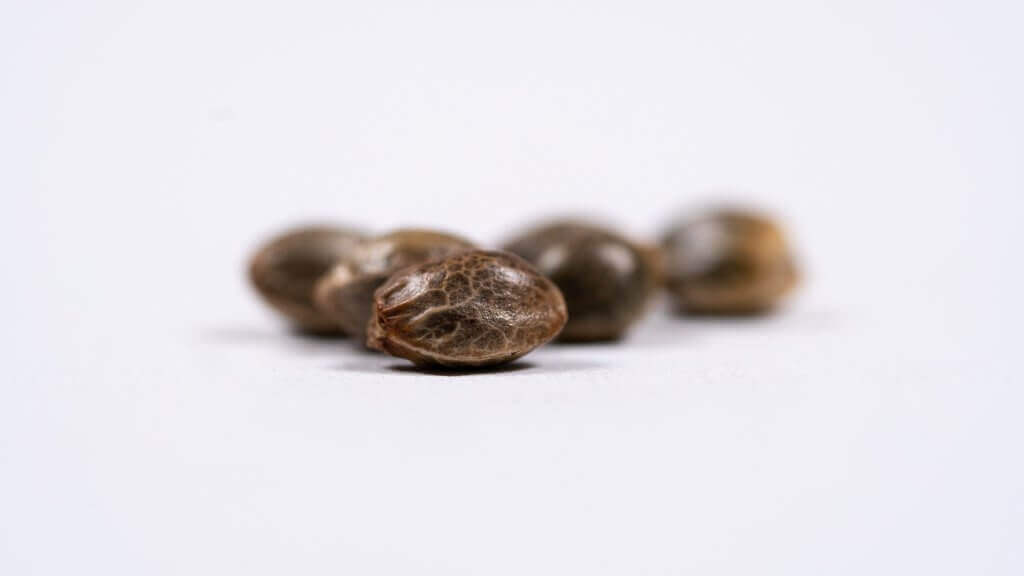 You have been told time and again that seed type matters. Like others before you, the most convenient choice is to pick feminized seeds. Or if you are looking to harvest marijuana plants as quickly as possible then perhaps autoflowering weed seeds have been suggested to you. But, there is another alternative. Think of it like a souped-up or supercharged type – fast version seeds. It may be relatively new, but there are several compelling reasons why they could be your best choice.

Fast version marijuana seeds are, to put it simply, the fastest flowering photoperiod strains in the world. Your other choices in this class of seeds are either regular marijuana seeds or feminized weed seeds. In contrast with autoflowering strains, which are fundamentally different in the sense that they are independent of light cycles.

Homegrown Cannabis Co. is the world’s largest provider of cannabis seeds with more than 400 in-house genetics. Admittedly, there are only a little over 20 fast version varieties in its extensive catalog. Nonetheless, these are all proven, elite marijuana strains. A warning, though: Once you start growing any one of them, its primary advantage makes you reluctant to go back to the traditional and mainstream types of seeds.

How Fast Version Seeds Are Made

Fast version marijuana seeds are also feminized. In fact, they carry female genetics and are produced by crossing a female with a reversed auto.

Autos, for the uninitiated, are hybrids that contain the genetics of a Ruderalis strain. By themselves, they automatically transition to the flowering stage without requiring shorter daylights or intervention (indoors). The best selling strains in this cannabis seed category takes around 8 to 12 weeks from the time the sprouts emerge to reach full maturity.

Auto-flowering strains, however, are not to everyone’s liking. So, by reversing a female auto to produce pollen, they can be used to fertilize another female plant, creating fast version seeds.

By far, most people buy feminized seeds because it takes away the hassle of dealing with male plants. Plus, it is also cost-effective and saves a lot of time. While this gives feminized cannabis seeds an advantage over regular marijuana seeds, it doesn’t offer the same advantages over fast version weed seeds.

Feminized Indica cannabis seeds usually would have a flowering time of 7 to 9 weeks. Sativa, on the other hand, needs 8 to 10 weeks minimum. Fast version seeds have the same duration from seedling to vegetative period. However, they can flower in as quickly as six weeks.

What are the Key Benefits Of Using Fast Version Marijuana Seeds?

Earlier harvest time. Although these plants have Ruderalis genes, they remain photoperiod. What distinguishes them from regular and feminized marijuana seeds is that their flowering time is quicker. Usually, their growth time is 1 to 2 weeks shorter than the aforementioned types of cannabis seeds.

High potency. Once the plants start the transition to the flowering period, they can produce good-sized yields. The buds would also have the same concentration of cannabinoids and terpenes. Even if they mature faster, it would be as if they were grown from regular or feminized seeds.

Avoid fungus and molds. In locations where it is humid and rainy or regions with cold winters, marijuana plants are susceptible to fungus attacks. Harvesting marijuana plants in cold climates with high levels of moisture means that the means that the buds become more susceptible to grey mold. Cutting the flowering time short by 1 to 2 weeks lets you harvest earlier, thus minimizing those risks.

What Should You Do When Growing Fast Version Cannabis Seeds?

Is it hard to grow marijuana from fast version seeds? While growing fast version marijuana seeds is not as straightforward as growing autoflowering marijuana, they are not all that much different from regular or feminized seeds. In some ways, they are more manageable, too.

For example, you have less to worry about during the last two weeks leading to harvest time when the buds are most prone to molds or fungal attacks. Not to mention, you save 1 to 2 weeks of time, effort, and valuable resources.

Here are few things to think about and be mindful of when growing fast version weed seeds:

Temperature. Not too cold and not too hot. Marijuana plants prefer a slightly warm temperature in the range of 70 to 85°F (20 to 30°C).

Humidity. While the ideal temperature across all life stages is constant, that is not the case with moisture levels. During the early stage – clones and seedlings – the perfect humidity level is around 70%. During the vegetative stage, it should be adjusted to within 40 to 60%. After transitioning to the flowering period, it should be lowered to between 40 to 50%. Finally, during the last two weeks, keep it between 40 to 45%.

pH. For the plants to absorb nutrients optimally, you should diligently monitor the pH level of the medium. Generally, marijuana thrives in a slightly acidic 6.2 to 6.9 soil environment, and 5.5 to 6.5 if grown hydroponically, or in soilless or coco mediums.

Harvesting. Knowing when to harvest is essential to reaping buds containing peak cannabinoid and terpene levels. One way to do that is to inspect the hairs. Once 70 to 90% have darkened, the THC concentration would be at its peak. You could also allow 90 to 100%, in which case, the effects would be more calming and sedating.

Homegrown Cannabis Co. has the most extensive collection of in-house genetics in the world. With over 400 cultivars, the choices are seemingly endless – more than 20 of which are fast version varieties.

Growing need not be more challenging than it already is – for beginners. Hence, besides providing you with seeds of the highest quality, take advantage of the free resources – from how to grow marijuana plants to advanced techniques in collaboration with Kyle Kushman.

To save you the trouble of deciding which strain to choose, we hand-pick the most popular choices. These include three high-THC strains, a newly developed hybrid, and a high-CBD medicinal strain.

Some people like to describe the aftermath of this strain precisely as its name implies, alluding to the insanely psychedelic experience. Provide this plant with optimal conditions, and you could be harvesting buds boasting upwards of 24% THC. Indoors, these plants can produce up to 500 grams per square meter. And, if you are fortunate to have an ideal outdoor garden, you are looking at each plant delivering up to 800 grams.

Anytime the conversation is about the highest THC marijuana strain in the world, Bruce Banner is often mentioned. It is one of the rare hybrids to have breached 30% THC. Remember the days when Sativa strains could take up to 16 weeks to flower? Those days are nothing but a distant memory. Fast Version Bruce Banner, upon entering the flowering period, could be ready to provide you with some 600 grams of buds per square meter after only six weeks.

At the end of a tiring or stressful day, Big Bud is an excellent choice for unwinding and chilling. This is a generational strain that has lent its genetics to countless hybrids – all taking advantage of its ability to produce massive buds. As is to be expected, it can produce around 750 grams of buds per square meter – and needs only as little as six weeks of flowering time.

Two of the most iconic strains in the history of cannabis collide, delivering the best of both worlds to you. Light it up or vape, it takes only a moment to feel the energizing, euphoric buzz surging into your head. After the initial cerebral stimulation, the relaxing qualities that made Northern Lights the best Indica hybrid ever created swarms your body. Under 600 watts HPS, you can expect to harvest up to 500 grams per square meter. Outdoors, each of these plants can deliver up to 600 grams.

High-THC marijuana strains can provide a quick reprieve. Not everyone, though, could appreciate that ensuing psychedelic high. Homegrown Cannabis Co. had thus created this medical strain to alleviate pains without intense stimulation. Boasting of CBD to THC ratio of 1:1, it uplifts your mood by ushering in the sense of happiness while calming the nerves and wiping out physical discomforts. You could harvest around 400 grams per square meter indoors, or up to 500 grams per plant outdoors by the second to the third week of September.

From growing to harvesting and throughout the post-harvest processing, there is no need to do anything other than what you do with traditional seed types. Seeing how these supercharged seeds are advantageous, the only thing left to do now is to pick some seeds and have the seeds delivered to you as soon as possible.