Fusarium In Cannabis: How To Prevent And Treat 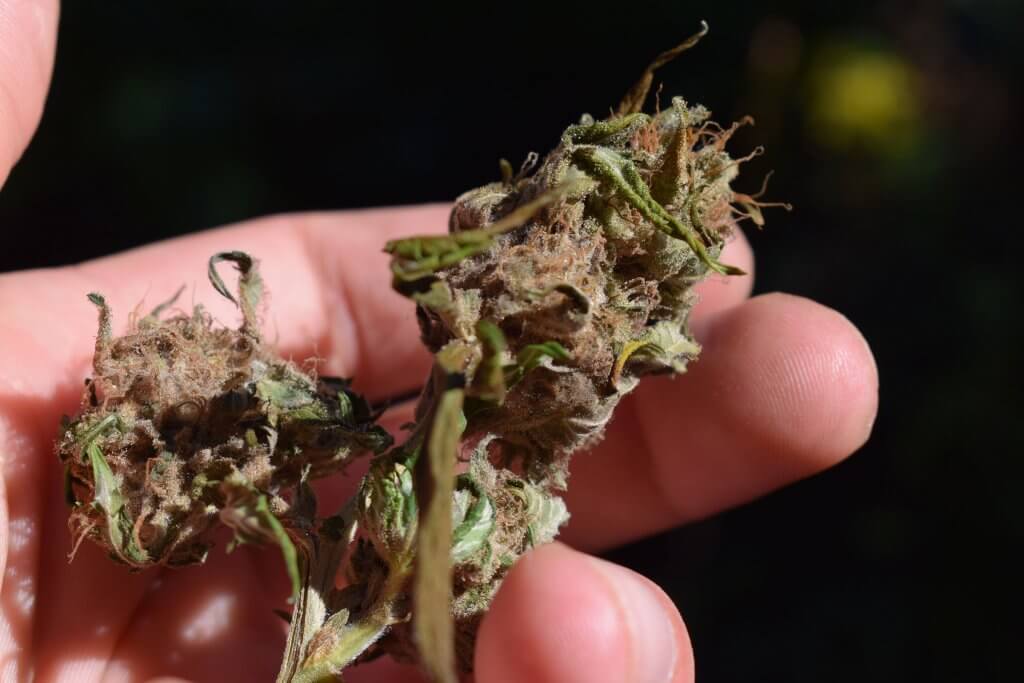 Fusarium and cannabis are two words growers never want to hear in the same sentence. This parasitic fungus is widespread, insidious, and impossible to get rid of once it takes hold.

Are you concerned that your cannabis plants may be suffering from this?

You’re in the right place. By educating yourself about this potential threat, you’ll be able to take the necessary steps to prevent fusarium fungus from ever gaining a foothold in your garden.

Forewarned is forearmed, so read on and equip yourself with the knowledge to battle this crop-destroying fungus.

Fusarium is the name given to a genus of fungi found worldwide. Fusarium is a group of filamentous fungi of the Nectriaceae family classed as saprophytes. Without getting too scientific, this means fusarium is a parasitic organism that feeds on other living or decaying organic matter.

This group of fungi contains many members, most harmless to cannabis, but some fusarium species wreak havoc in plants. The most common fusarium species affecting cannabis plants is Fusarium oxysporum. Plants infected with F. oxysporum exhibit severe wilting and rapid deterioration.

The risk of infection from fusarium is highest for indoor and greenhouse growers. This pernicious pathogen thrives in warm, wet conditions and survives in soil for 5–15 years. Fusarium spores live in the soil at temperatures between 50–86°F, with 68–77°F as their preferred reproductive temperature range.

What is fusarium wilt

Fusarium wilt and verticillium wilt are easily confused owing to their similar symptoms. While both conditions pose a threat to your crop, fusarium wilt is by far the more serious.

Plants with verticillium wilt see an infection limited to the root system, and treatment is possible if the condition is caught early. On the other hand, fusarium wilt sees the infection usually taking hold in the root system but spreading up into the plant’s central vascular system.

Before getting into symptoms of fusarium in cannabis and what to watch out for, let’s get to know our enemy a little bit better.

Microconidia and macroconidia are single-celled and multicellular spores, respectively, and do most of the infecting. Chlamydospores are highly resilient and may lay dormant in a substrate for several years.

As plants grow in fusarium infected soil, they begin sending out lateral roots searching for nutrition. Fusarium spores can enter the root system by penetrating the cracks formed by growing lateral roots or attacking the delicate root tips directly.

While these are the most likely means of entry, they’re not the only inroad. Damage caused by root-eating cannabis pests also creates an ideal ingress for fusarium, as well as through above-ground wounds or damage.

Once fusarium in cannabis has taken hold, mycelium and conidia begin to infiltrate the plant’s interior, making their way into the xylem. It’s a crucial part of a plant’s vascular system, transporting water and nutrients absorbed by the roots throughout the plant.

The mycelium and fusarium spores in the plant begin to clog up the xylem, inhibiting the flow of nutrients and water from the soil. As the infection progresses, the xylem becomes more obstructed, and its vessels begin to collapse and rot. The vascular system is rendered inoperable, and water is no longer getting to the stems and leaves. This breakdown causes the plants to wilt rapidly and eventually die.

As the infected leaves and plant matter decay, conidia spores emerge from the decomposing material. At this point, they may spread to other plants via airborne or mechanical transmission or return to the soil where more mycelial growth occurs. Fusarium’s life cycle begins anew with the mycelium producing more fusarium spores in the substrate.

Symptoms of fusarium in cannabis plants

Fusarium in cannabis is extremely aggressive, and by the time symptoms start showing, it’s too late to save the plant. However, spotting fusarium symptoms may allow you to prevent further infection in your crop.

Here’s a rundown of what to keep an eye out for.

Just like the dreaded bud rot or weed mold, fusarium in cannabis has the potential to destroy your crop. Unlike the above diseases, fusarium tends to take hold earlier in a plant’s life cycle, usually during the seedling or vegetative phase.

Once fusarium fungus takes hold in your plants, it causes a range of problems listed below:

Fusarium fungus is an insidious pathogen that affects a wide range of economic crops along with cannabis. The threat posed by fusarium has led to intense research into a means to treat this dangerous disease. Unfortunately, the search is ongoing, and there’s no surefire way to treat fusarium in cannabis.

While it’s possible to slow down the progress of the infection, it’s impossible to halt entirely. The fact that fusarium in cannabis usually occurs during vegetative growth means slowing down its advance is a mostly futile endeavor.

You might be able to keep your plants limping along on life-support by using a homemade fungicide for plants or by increasing pH levels beyond 9.0. While these might slow down further infection, the damage is done, and the plants’ fate is sealed.

The best way to deal with fusarium in cannabis is to avoid it altogether. If you identify fusarium in one or more plants, the best “treatment” is to remove and destroy the plants immediately. If you’re lucky, the fusarium fungus won’t have spread to your remaining crop.

How to get rid of fusarium in your cannabis plants

Burn it with fire! We wish we were joking, but unfortunately, there’s no way to get rid of fusarium in cannabis without killing the plants. We strongly recommend incinerating any infected plants and avoiding reusing the substrate.

Composting infected plants is also not advised, as the fusarium spores survive in the soil for years if left unsterilized. The same goes for the soil where the infected plants were growing. If your plot has been contaminated with fusarium, it’s recommended to rotate out and avoid planting cannabis in the same location for a couple of years.

The cover crop hairy vetch shows promise, reducing the incidence of fusarium in economic crops when planted alongside them.

It’s possible to kill off the fusarium spores by sterilizing the soil in a kiln or using solar sterilization. This second method requires covering the affected soil using black polyethylene plastic and allowing the heat from the sun to sterilize the soil.

As previously mentioned, preventative measures are the best way to deal with fusarium in cannabis. Read on and find out how to avoid this dreaded fungus entirely.

How to prevent fusarium in cannabis

Still with us? Good stuff; it’s been a grim read so far. Thankfully, there’s some light on the horizon that should help put you at ease.

Fusarium in cannabis is indeed aggressive, devastating, and incurable. However, by taking preventative measures and knowing what to avoid, growing marijuana without ever encountering fusarium is entirely possible.

Tips to prevent fusarium in weed

The best offense is a good defense

Fusarium in cannabis is one of the worst conditions to encounter as a grower. It’s easy to overlook or misidentify early symptoms of fusarium wilt, and when more obvious signs appear, it’s too late to take action.

Despite the threat fusarium fungus poses, it’s not something you should fear. High-quality cannabis seeds with proven genetics like those found in our store are far less likely to suffer fusarium wilt.

Use the preventive measures outlined above in conjunction with quality seeds to ensure your cannabis plants stay healthy and free from fusarium fungus. Would you like to discuss the health of your plants with others? Join our Homegrown Forum, and talk about everything cannabis-related.