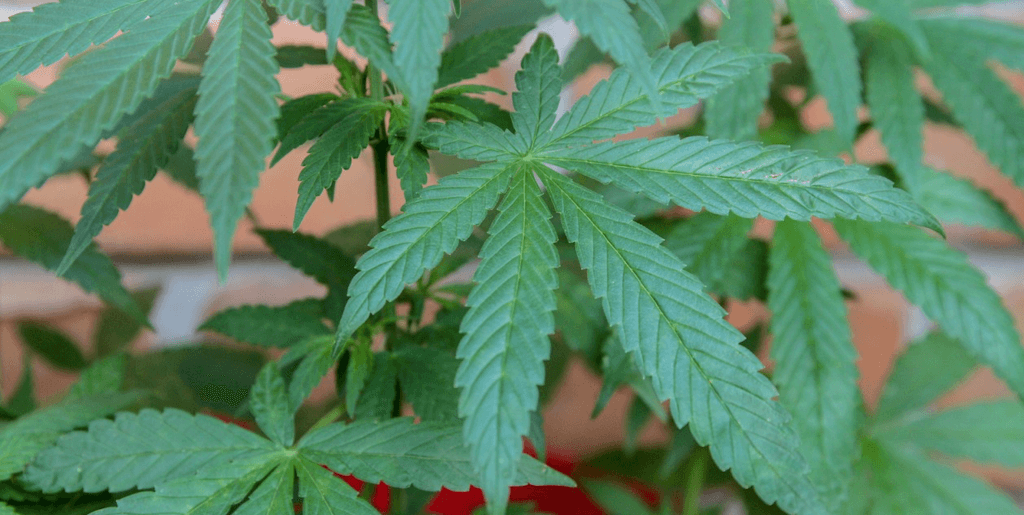 Zinc is one of the eight essential micronutrients. Even though your plants need only trace amounts, their role is not less critical than nitrogen, phosphorus, and potassium. This element plays a vital role in many processes, including:

As one of the critical constituents of enzymes and proteins, in the case of a zinc deficiency, cannabis plants will start to suffer.

Fortunately, zinc deficiency (or toxicity) is not a common occurrence. Usually, there would be around 15 to 60 ppm of zinc deposited in plant tissues. In soils, the average concentration is anywhere from 0.1 to 2 ppm. And so, you are better off using a high-quality potting mix for seedlings. During the vegetative and flowering stages, provide the appropriate nutrient mixes. The same goes for hydro, in which you mix the nutrients into the reservoir.

Murphy’s Law states, “Anything that can go wrong will go wrong.” No matter how much effort or care you give, a problem can occur. In other words, zinc deficiency in cannabis plants is a possibility. No matter how slim the chances are, it might happen. Before getting into the fix, let’s take a look at the importance of zinc.

What Is the Role of Zinc in Growing Marijuana Plants?

Zinc plays a significant role in the growth and development of marijuana and practically all other plant species. A zinc deficiency in cannabis, for instance, compromises the production of enzymes necessary for metabolic and cellular functions. Consequently, stunted growth may be the least of your concern as affected plants could also die. Even if these plants were to survive, the harvest’s quality and size would be disappointing if the damage is too much or remedial actions were too late.

Plants need zinc, among other things, to produce chloroplast. This organelle contains chlorophyll pigment and is responsible for gathering and converting light to chemical energy required for growth. Photosynthesis cannot happen or is severely affected by a prolonged lack of zinc.

Zinc is also involved in other functions, such as:

The lack of zinc can lead to the rise of Reactive Oxygen Species (ROS) attacks, causing oxidative damage. Furthermore, the affected leaves become excessively sensitive to light and quickly become chlorotic and necrotic.

Zinc is also required in the synthesis of auxins and keeping it within normal levels. Auxin is a hormone that is responsible for cell elongation – plant growth.

How to Fix Zinc Deficiency in Cannabis Plants?

There are three steps you can take to fix zinc deficiency. First, understand the cause so you could prevent it from occurring. If there is a problem, then you need to know the signs. After singling out the lack of zinc as the underlying cause of the problem, only then can you take remedial actions.

The most common cause of zinc deficiency, by far, is drenching the soil with water that has a high pH level. As the substrate pH becomes more alkaline, the plants cannot absorb zinc and other nutrients such as nitrogen, calcium, manganese, and copper. In this case, you might be dealing with multiple nutrient deficiencies.

Overwatering is a potential cause. Excessive water in the substrate might drown the roots, causing root rot. It also hinders the absorption of oxygen. When that happens, your plants begin to starve.

Besides overwatering, root damage may also occur as a result of pest or fungus infestation.

Lastly, use onlyhigh-quality fertilizers. They offer the entire range of necessary nutrients. Note that there are some nutrients sold in the market that do not contain micronutrients.

You have taken the necessary measures to prevent any nutrient deficiency. In all likelihood, this is a problem that is not likely to happen. Still, there is a slim chance, and if it did, you’d notice the signs.

Zinc, unlike other nutrients such as nitrogen and phosphorus, is immobile. They do not move from one part of a plant to another quickly. Because of that, this element is mostly concentrated in the lower areas. If there is a deficiency, you will most likely notice its symptoms at the top or upper parts of the affected plant.

If your marijuana plants’ leaves do not have enough zinc, they cannot produce enough chloroplast. As a result, there is also less chlorophyll – the green pigment. You’d see the tips and edges turning yellow while the center part closest to the stem remains green.

As the condition worsens, the affected leaves begin turning yellow entirely while rust-like spots appear at the tips.

The plants cannot produce enough auxins if there is not enough zinc. The lack of growth hormones, in this case, results in abnormal size and shape of new growths. Compared to the older leaves, the younger ones would be thinner and appear contorted. Eventually, these leaves will curl and fall off.

The lack of chloroplasts and growth hormones can slow down the development of plants – significantly. Initially, you may notice the space between nodes becoming shorter. New growths appear to bunch together with leaves tangled. These young leaves will have a difficult time opening up, while those that did will be yellowish.

During the flowering stage, the buds should become denser and add on weight. A zinc deficiency at this time is unfortunate as it puts a halt on the development. Instead, they remain light and airy. As a result, the size of the yield suffers. Even if you were to harvest, dry, and cure perfectly, smoking or vaping these buds would be underwhelming. It’s not only the size that was affected. They would also lack potency and aroma.

After deciding that the cause of the problem is lack of zinc (and possibly other nutrients), it is time to fix the issue and nurse the plants back to health.

You may have to change some of the things you do. In hydro, for example, reverse osmosis filtration removes all nutrients from the water source. It is why you should provide cal-mag to offset the lack of zinc. Be sure to measure the pH, and it should be within the optimal range. Check the fertilizer that you use and make sure that it includes micronutrients.

Fixing zinc deficiency begins with flushing the plants. Doing so removes most of the substrate’s nutrients, including salt residues that may cause a lockout. Think of it as a reset to introduce a new nutrient mix with the correct ratio and concentration. Keep the pH level between 6.0 to 6.5 for the meantime. Once you see improvements, then you can increase the pH to a range of 6.5 to 7.0.

You can address zinc deficiency by supplementation. Instead of only zinc, use a mix that contains other micronutrients such as iron and manganese. Keeping these nutrients balanced is better than overloading on one, which may present other problems. An excess of one, for instance, may result in locking out another.

You can also try other supplements such as zinc oxide, zinc sulfate, and chelated zinc. For a more direct approach, foliar spray the leaves – especially the new growths.

Hope for the Best on the Road to Recovery

A zinc deficiency is a severe problem. Failure to act promptly can lead to irreversible damage. If you do, you will not immediately see improvements. It could take up to a week to see the evidence of recovery.

For the affected leaves, they are probably as good as dead after turning chlorotic. The new growths, on the other hand, would turn green (possibly with yellow spots). They would also not be deformed anymore. After a week has passed, the growth rate should return back to normal.

If a zinc deficiency is to occur, it would be best during the vegetative period. For one, you are more likely to see recovery signs. More importantly, the plants would have time to recuperate and prepare for reproduction. During the flowering stage, it is more difficult to see the signs of recovery. About the only visual cue you have is to see the buds become heavy and dense.

If you treated the plants early enough, then the chances are high that the plants can reach full potential. You’d be able to harvest aromatic, potent buds – that way it should be.