How Do You Stop Deer From Eating Your Marijuana Plants? 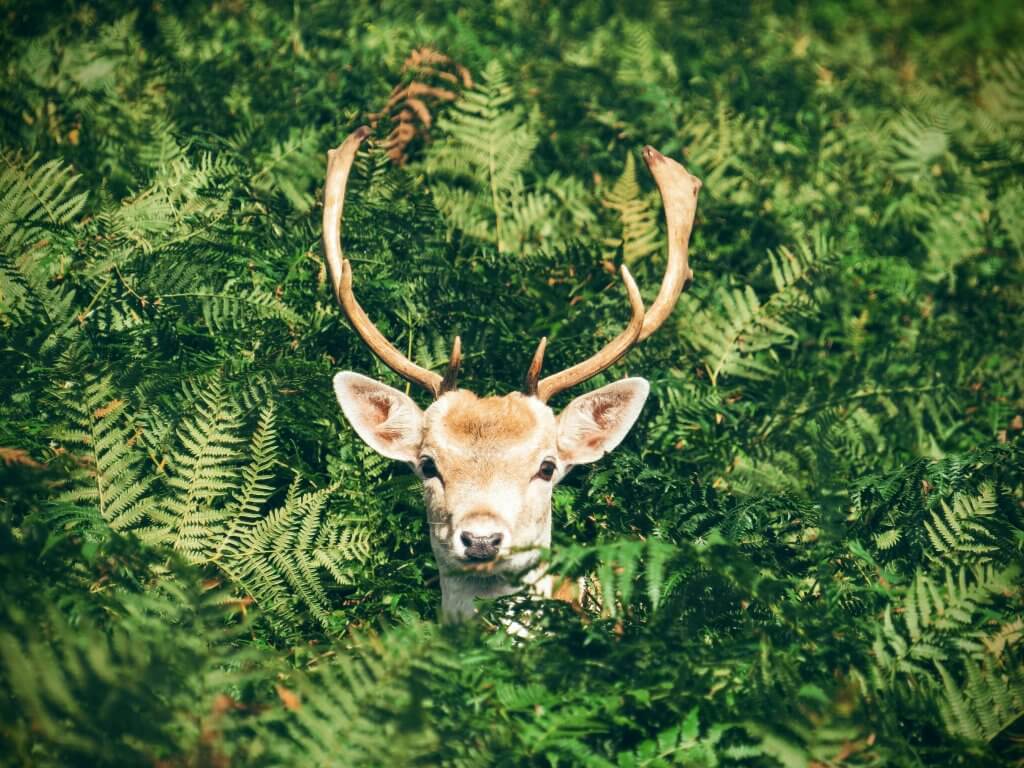 If you think deer are adorable and would not bring harm to your marijuana plants, then think again. In Applegate Valley, Southern Oregon, medical cannabis grower Richard Davis came across a young deer nibbling at his cannabis crops. However, Richard’s response was not to get rid of the deer but rather he befriended it and even gave it a name, ‘Sugar Bob’.

‘Sugar Bob’ is the epitome of what could happen if you leave your outdoor marijuana plants unprotected. Thankfully in this instance, the marijuana grower did not seem too bothered by a wild animal consuming his homegrown marijuana, but for many this could cause big problems and perhaps disrupt their cannabis growing completely.

From what had been observed, raw marijuana does not seem to bother a deer all that much. It is a good thing that there are ways to keep them away. These docile animals are wary of lights, open spaces, and particular scents.

What Is It with Deer and Marijuana?

Generally, animals tend to find the smell and taste of marijuana unpleasant or repulsive. In fact, that is part of the reason why these plants produce cannabinoids and terpenes. These compounds are secreted by resin glands and found in the highest concentration in the trichomes. While we love them for recreational and pharmacological values, for the plants, they serve as a natural protection mechanism.

There is one problem, though. Deer do not appear to be affected negatively. In fact, they could be munching on your plants all the way up to harvest time when THC, among other compounds, are at peak levels.

Is it possible that these animals somehow enjoy getting high?

According to animal researchers, that does not appear to be the case. They did not think it was plausible because, in raw plants, THC is not “activated” – not until it has undergone decarboxylation. Even so, some people think it might actually like the gentle, soothing effects. Such belief may have stemmed from ‘Sugar Bob’, whose owner remarks that the deer seems relaxed and somewhat sedated after chewing on some buds.

Deer are naturally forest dwellers. Hence, if possible, avoid growing marijuana in locations surrounded by trees. These animals are timid and wary of open spaces. By putting a distance between tree lines and your plants, you can deter them from even attempting to come near cannabis plants.

If you do live near a forest or anywhere with plenty of trees and bushes, the last thing you want is to wake up one morning to find your garden devastated. You do not want to see carnage – uprooted young plants, stems bitten off, remnants of leaves and buds. Of course, the next best thing you could do is to identify the culprit by looking for signs of deer prints and droppings.

You do not have to experience this nightmare. There are actually several preventive measures you can take, and they are all easy to implement.

Building a fence to protect the plants is something you can do easily. There are only two things to keep in mind. First is that they better be tall because a deer can jump up to 8 feet high. Make sure that the gaps between slats are too narrow for a deer or other unwanted animals to slide through. Regardless of whether you are growing marijuana outside in an area where deer live, it is a good idea to build a fence to help prevent anyone or anything interfering with the growth of your cannabis plants.

If you think a simple fence made of wood is not enough, how about an electric fence? Commercially-bought fencing would have a high-voltage charger supplying the current. It provides short duration, high-energy pulses, delivering up to 4,000 volts.

There are two ways to improve its effectiveness in deterring deer once you have the electric fence up and running. You can do this by using a lure to attract the animals. You want them to come close and touch the electrically-charged fence with their mouth or nose to ensure they understand not to interfere with the crop on the other side.

One way to attract a deer is to attach aluminum flags coated with peanut butter on the fence. Another way is to use polytape fencing or electrified ribbon and put peanut butter over its entire length.

Another approach you could take is the opposite of luring a deer, as shown in field experiments conducted by the New York Cooperative Fish and Wildlife Research Unit. Led by Dr. Milo Richmond, the researchers sprayed odor-based deer repellent on cloth strips, which were attached to the electric fence spaced 3-4 feet apart. Analysis of the results showed this method to be more effective than aluminum flags coated with peanut butter.

A deer that gets “shocked” may not learn the lesson. After the third time, it would remember and never come close to your garden again.

One of the things that drives away deer is light. You could install some motion detectors around or near the plants. A deer or any animal that comes close enough to trigger the sensor would be in for a surprise. Using this method has one caveat – if the light is directed towards the plants, it could disrupt the dark cycle and stress them out. Be sure to point the light towards where the deer could come from, and away from the plants.

As an option, you could also look into scarecrow sprinklers. These are also triggered by motion. Instead of blasting the intruder with light, it hits deer with high-intensity water.

Keeping Deer Away Is Easy

Deer are docile animals. But when there is marijuana around, they become a nuisance. They can threaten the survival of your cannabis plants. Hence, keeping them at bay should be one of your primary concerns if you are growing marijuana outdoors near a forest.

You do have several methods of stopping them from harming your plants. By putting up preventive measures, you are protecting the cannabis plants from deer and also other animals.

« How Often Should Indoor Cannabis Plants Be Watered?
Creating The Perfect Climate For Growing Marijuana Indoors »