How to Make Weed Stem Tea in 6 Steps 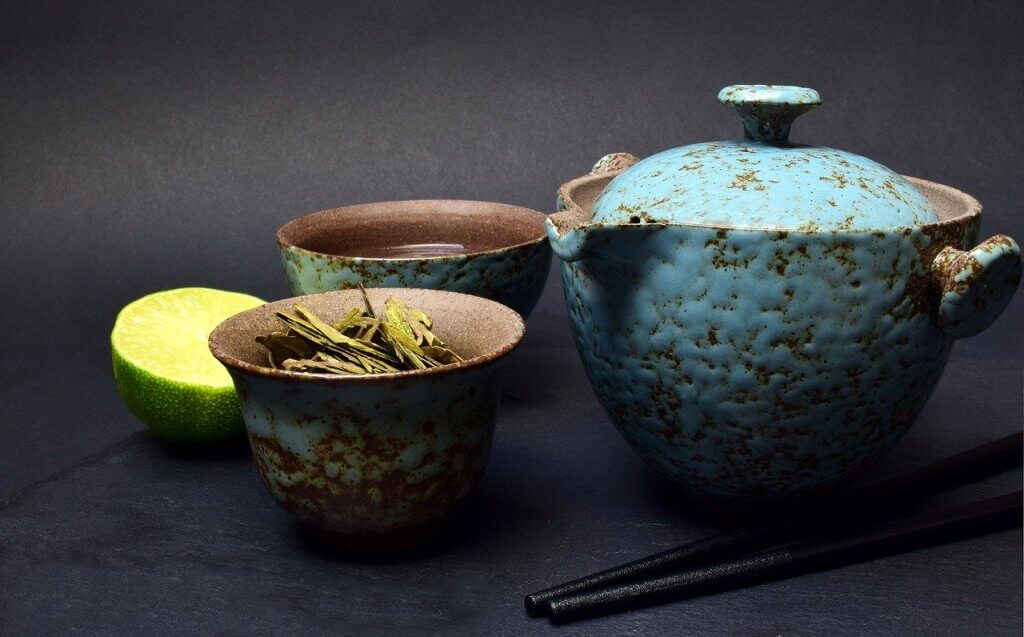 We know what the buds and resin from marijuana plants offer, but did you know the stalks are useful too? When all that’s left from your stash are stalks, boil them in water to make weed stem tea.

The beverage has been around for centuries, and its effects differ slightly from other methods of ingesting cannabis. Below we discuss the history and reasons why you should give stem tea a try.

What is weed stem tea?

Many tokers throw out the stalks, but you can turn them into an enjoyable drink once you’ve decarboxylated them. Weed stem tea is a hot brewed beverage made with various herbs and water.

Cannabinoids aren’t water-soluble, so you’ll need a binding agent like alcohol or butter. A dairy product is the most common choice, but similar products like coconut milk also suffice.

The stems don’t contain as many cannabinoids as the buds but still induce soothing sensations. If you’re wondering how to make stem tea, there are various methods. Some recipes call for herbs and spices, while others contain honey.

People have made cannabis tea with stems for thousands of years. There are even archeological finds in Europe and Asia indicating the use of marijuana in ancient burial rituals.

Weed has a spiritual role in certain regions, and the history of its use dates back centuries. Countries where it hailed from include:

In India, cannabis is deeply connected to the Hindu religion, specifically the deity Shiva. Tokers infuse many foods and beverages with weed, which locals affectionately refer to as bhang products.

Weed stem tea is called bhang chai in the region, and its use goes as far back as 2000 years ago. Locals used it for medicinal and recreational purposes. In India, the drink typically contains cardamom and cinnamon.

China’s history with stem tea dates back to almost 10 000 years ago where it was used for pain relief and as a way of adding fiber to the local diet. In later years, people used it in conjunction with alcohol to sedate patients for surgery.

Some also believed that the beverage brought spiritual enlightenment. In this region, the marijuana plant gets steeped in hot water without any additives.

Weed stem tea in Greece served as a medicine. Some used it to treat open wounds on both people and animals, especially horses.

Greek healers soaked rags in the cannabis-infused liquid and wrapped them around the affected area. Aside from tea, the Greeks also used marijuana paste.

Ancient Egyptians have been boiling weed stems since 1550 BC. Although they didn’t comprehend exactly how cannabinoids work, an ancient text called the Ebers Papyrus refers to THC.

They used the tea for various medical ailments, including inflammation, and suppositories to relieve hemorrhoid pain.

East Indian laborers brought cannabis into Jamaica sometime between the 1850s and 1860s. The substance quickly gained popularity among the locals until lawmakers banned it in 1913.

Despite prohibitions, the masses fell in love with marijuana. Both smoking cannabis and drinking stem tea were common. The Rastafari movement of the 1920s solidified weed’s place in Jamaican culture.

Does marijuana stem tea get you high?

The weed stem tea effects depend on the strain you’re using. If the cultivar is rich in THC, the compound is present in the stalks too. The high won’t be as intense as with buds, but you’ll experience some of the euphoric sensations.

Opt for a CBD strain if you want to enjoy weed tea with stems and not experience any psychoactive effects.

Tokers who enjoy hard-hitting strains often probably won’t experience intense effects from stem tea. On the other hand, if your tolerance levels are low, you’re more likely to feel euphoria and tranquility after a cup or two.

The cannabinoids in the stalks need something to grab on to. They aren’t water-soluble and need an appropriate substance to help them release the psychoactive compounds.

The most popular choices are milk, cream, and coconut milk. Some adventurous users take things up a notch and use alcohol in their stem tea.

Some cultivators grow their crops with too little nutrients. If your stalks come from such plants, the compounds will be low. Weed stem tea from poor quality crops won’t offer the buzz you’re expecting and reduces the benefits.

If you use stalks from hemp with very few psychoactive compounds, you won’t get high. The amount of THC in the plant plays a massive role in how much is available in the stems.

If you make your weed stem tea from a strain with THC levels exceeding 20%, it’s more likely that you’ll experience a buzz.

How many stems do you use?

As with conventional tea, the more you use, the stronger the brew. Weed stem tea made with 15 stalks or more is sure to cause a buzz. Unless you’re using a CBD strain, more stems mean a more intense high.

Weed stem tea effects: 4 reasons why you should brew a cup of weed steam tea

There are several reasons why you should whip up a cup today. These include:

Modern science still has the jury out on whether cannabis stem tea is beneficial to human health. Traditional healers, on the other hand, have been using it for years. Anecdotal data supports that weed helps with certain chronic conditions.

Brewing and drinking a cup of stem tea is a convenient way to consume medical marijuana.

Current laws permit the use of cannabis for health reasons. Let’s delve into some of the conditions it’s reported to assist with.

Weed stem tea effects take roughly 30-90 minutes to set in. When they hit, so do the pain-relieving properties of the strain.

When ingested through eating and drinking rather than smoking, marijuana acts as a bronchodilator. It reportedly enhances airflow to the lungs.

Cannabis is also under the microscope for its impact on blood pressure. Ongoing research supports that the beverage relaxes the arteries.

Marijuana properties are known to reduce the severity of pain and spasms. It also aids with gastrointestinal problems. This combination is why patients with IBS and Crohn’s disease often turn to weed as a solution.

Drinking a warm cup of weed stem tea allows the compounds to reach the stomach quickly. They react with the digestive tract receptors to improve motility.

Although research is ongoing, many believe that THC reduces the production of beta-amyloid proteins associated with Alzheimer’s disease. Studies suggest that cannabinoids are neuroprotective and anti-inflammatory.

For those trying this preventative method, drinking stem tea is a soothing option.

If you haven’t heard of making tea with cannabis stalks before, you’ve probably been throwing them away. Boiling weed stems is economical and ensures that none of your precious plant matter goes to waste.

If you’re a health-conscious cannabis lover, smoking may not be your ideal method of ingestion. While tinctures, edibles, and drinkables are enjoyable, weed stem tea offers another healthy option.

Other alternatives still use buds as the source of THC. When you can’t get your hands on those, weed stem tea may be the answer.

If you select a CBD dominant strain, you won’t experience the psychoactive effects. You will, however, enjoy calming sensations known to assist with stress and anxiety. Depending on the cultivar, stem tea might even help you fall asleep peacefully.

There are various recipes for this delicious beverage. We’ll provide you with easy-to-follow instructions and teach you how to make stem tea from scratch.

First, we’ll look at a simple psychoactive recipe followed by a non-psychoactive alternative. You can refrigerate either of these beverages if you prefer ice tea over a warm brew.

Before you begin, you need to decide if you’re grinding your stems or not. There’s no consensus regarding ground stems being more potent. The only confirmed fact is that the flavor is more intense.

The ingredients you’ll need for this stem tea recipe are:

If you’re looking to reap the benefits from this marijuana beverage without the buzz, this is the stem tea recipe you need. This version is typically referred to as raw Jamaican or raw Chinese brew.

You can also chill this drink for an ice-tea alternative.

We’ve covered most of the facts regarding stem tea, but some questions may still linger. Below we answer a few of the most common ones.

Do you have to decarboxylate weed stems for tea?

Decarboxylating stalks for weed stem tea is a debated topic. Some believe it helps release the compounds, while others feel that the heat of the water does this anyway.

Decarboxylating them ensures that you get as much THC out of the stalks as possible. If you skip this step, it probably won’t make any drastic difference to the effects you experience.

Should I grind stems before decarboxylation?

Grinding stems is a user preference. The compounds still get released if you don’t, but the flavor is stronger when ground.

Some cannabis lovers claim that ground stems induce stronger effects, but many disagree.

How do you decarb a stem?

Decarboxylating stems is similar to the process of preparing buds. The main concern is temperature. Don’t heat your stems to more than 230°F. If you do, you’ll decrease the potency of the compounds, and the stem tea might leave you drowsy.

There are several decarboxylation methods to employ, but the main ones are:

Oven in a tray

For this simple option, you’ll need:

This method is straightforward but not discreet. Passersby can easily detect the smell of cannabis emanating from your oven.

This decarboxylation technique is ideal for those that don’t have an oven available.

Don’t turn the heat up too high, as it can cause the mason jar to crack. After the allotted time, you can remove the stalks and make your weed stem tea.

This way of decarboxylating your stalks requires an immersion circulator. You also need:

What is the best binding agent for weed stem tea?

Weed stem tea won’t offer any psychoactive effects without a binding agent. The best binding agent is a blend of cream, half-and-half, and coconut milk. The ratios depend on user preference. You could also opt for three tablespoons of alcohol.

Stem tea offers a healthy alternative for ingesting cannabis. It’s easy to make and also economical. The delicious brew has a long and exotic history spanning thousands of years. There are multiple benefits you can get from consuming this beverage.

If made with a THC-rich strain’s stalks, weed stem tea offers mild psychoactive effects. The sensations won’t be as intense as with buds, but you’ll still enjoy feelings of euphoria. Brewing this drink also means you get the most out of your marijuana plant as you won’t be wasting any stalks.

Now that you know the stalks are just as useful as the buds, why not cultivate your own cannabis crops and put those stalks to use? Head over to Homegrown Cannabis Co. and get growing.

« Your Guide To Making Weed Cake
How To Tell If A Weed Seed Is Good? »