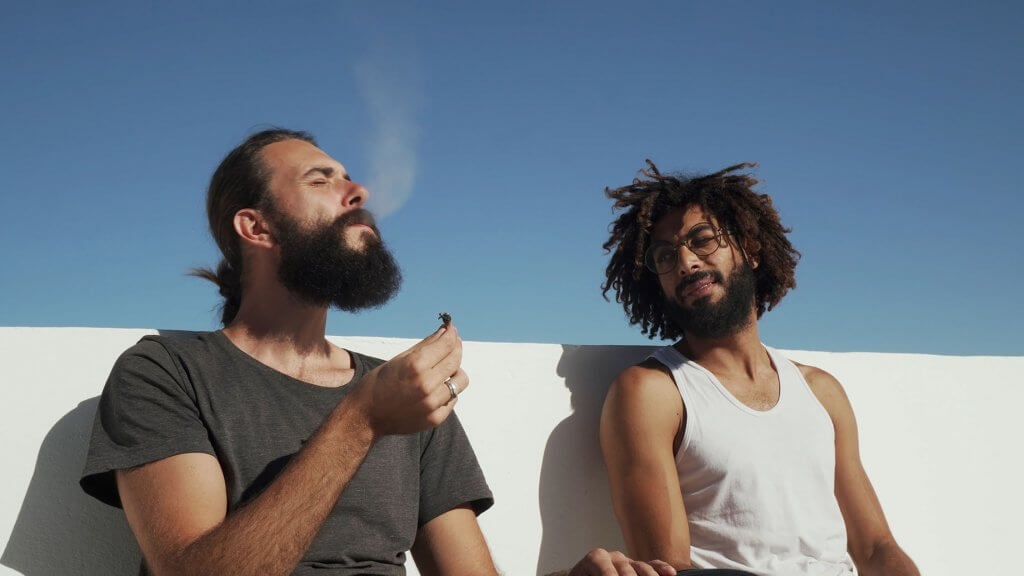 What exactly is the 420 Meaning? Sure, we all use the term to refer to marijuana-related recreation, but where does it stem from?

There are several theories behind the origins of the mysterious number. Some date back to the late 1930s, while others link to conspiracies.

Some sound credible, while others are far-fetched and unrelated to cannabis. So, what is 420 really? Why do we light up in celebration when that time of year rolls around?

Join us to discover more about the term, its history, and its significance. We also highlight the reasons behind the holiday and finally reveal the story behind  420’s origins.

Even among those in cannabis cliques, the 420 meaning is unclear. There are many legends and myths surrounding its roots. Let’s look at some of the most popular theories before delving into the truth.

It’s common knowledge that policemen and other officers use codes to refer to crimes and on-duty incidents. Many believed that the meaning of 420 points to one of these codes, specifically relating to drugs. As believable as this myth sounds, there’s no proof of it.

Some link the 420 meaning to the German tyrant Adolf Hitler. They claim it’s the day he was born, and those opposed to the herb assert that marijuana is a tribute to unwanted political values. Fortunately, this is a myth, and cannabis is unrelated to him.

If you’re familiar with gardening, you know that specific crops grow best during certain seasons. One strange rumor is that 420 day marks the perfect time to plant marijuana seeds. The theory is possible but not entirely credible since seasons differ globally.

Bob Marley and Bob Dylan were two celebrities who openly shared their love for Mary Jane. When asked what the significance of 420 is, music lovers who enjoy their stoner songs have interesting responses.

Bob Dylan fans often refer to his 1966 song “Rainy Day Woman #12 & 35”. They claim to multiply the two, and you get the magic marijuana number. They also assert that this predates any other reference to the 3 figure digit.

The song features a cannabis-related theme leading many to believe he’s the reason why 420 exists. Sadly, the mathematical equation was pure coincidence.

On the other hand, Bob Marley was a lyrical legend famous for his calls to peace. He made his position on cannabis clear with the quote ‘herb is the healing of the nation…’ – a bold conviction.

Some tokers believe that the 420-holiday occurred on the day he died. While it would be an incredible way to commemorate his life, his date of death was 11 May 1981. Knowing the facts renders this theory a sentimental myth.

Another outlandish theory linked to legislation is a pending Bill #420, which could legalize marijuana federally. As exciting as this explanation sounds, no such Bill exists.

The California Senate Bill 420 only came about in 2003, and by then, the term had already become globally popular.

If timelines count for anything, a short story published in 1939 has the first reported mention of the term.

H.P Lovecraft hints at the 420 meaning in his Weird Tales magazine piece called “In the Walls of Eryx.” Although set on a distant planet, the story tells of a person’s engagement with a strange plant that caused psychoactive effects at around 4:20 pm.

The myth is popular with those fascinated by extraterrestrials and space travel, but it’s a far-fetched speculation. The book doesn’t explicitly mention cannabis, and the concept is too vague to confirm.

Why does 420 mean weed? According to one urban legend, the term comes from the amount of compounds weed contains. Cannabis features more than 400 active chemicals, but the exact quantity is unknown. It’s therefore not a plausible explanation.

The story behind 420 starts in 1971, with a group of Californian high school kids who called themselves ‘The Waldos’. The group were marijuana lovers who set out to find an abandoned treasure – of marijuana crops.

They gathered outside their school and enjoyed a blunt or two under the statue of the famous chemist Louis Pasteur. The usual meeting time was 4:20 pm, and their initial name for their daily ritual was ‘Louis 420’. As time passed, the only number stuck.

After smoking, they’d venture out to find the elusive marijuana plantation, which they called ‘safaris.’ Their search continued for a long time, but they never succeeded in finding it.

So how did the 420 meaning spread globally? One of the Waldos members named Dave Reddix found work as a roadie for the bassist of a band called Grateful Dead. The word spread, and soon Deadheads (fans of the band) learned the term.

Why is 420 associated with weed?

The 420 meaning started when the group of friends congregated and smoked. When they passed each other in the school hallways, they’d remind each other of the rendezvous by saying ‘Louis 420’. Among the friends, it was already a code word for weed.

As time passed and musicians spread the use of the term, it evolved to include a date. On 420 day, tokers across the globe enjoy the herb simultaneously. The time and date were specifically set aside for indulging in cannabis.

Soon, it became a catchy phrase among tokers. They could casually drop the term into conversations without drawing unwanted attention – especially in regions where the substance was prohibited. It also helped avoid being labeled with the stoner stereotype in public.

Growers, tokers, and cannabis enthusiasts globally celebrate the 420 holiday. But why? If you ask most stoners, the answer you’ll get is ‘why not?’.

There’s consensus that the day symbolizes celebrating the herb while presenting a united front to legalize it. Even in regions where marijuana is illegal, tokers often openly break the law as a call to action for change.

In states where cannabis is legal, cannabis brands pull out all the stops on 420 day. They have promotions and product launches to add to the experience of dating Mary Jane.

Certain events are quite commercialized, with stalls selling stoner foods and blasting loud music. Others are chilled gatherings that feel like a massive get-together with friends. Recently, tokers have come up with more interesting celebrations, like music festivals, 420 hikes, and 420 picnics.

Another new trend is blind dates. There are even sites to help promote 420 dating among like-minded individuals. The prospects on the cannabis scene are endless.

Now that you know the meaning behind 420, why not join in on the next one? There are various ways to engage in the festivities, not to mention exclusive deals on marijuana-related products.

Get together with a group of friends and openly display your love of marijuana on social media. Alternatively, enjoy a toke or two discretely as a silent rebellion. However you choose to celebrate this 420 holiday, be sure to light up with top-quality weed.

Thinking of growing your own weed? Browse the Homegrown Cannabis Co. seed store. Our wide selection is the perfect way to start your marijuana cultivation journey.
If you enjoyed this article, feel free toshare it with friends via social media and follow our social channels. You can also subscribe to our newsletter for similar snippets of cannabis-related information.

Parker Curtis has around a decade of cannabis-growing experience, specialising in soil-less and hydro grows. He’s mastering outdoor, greenhouse, and indoor grows!

« Top 10 Best Strains To Grow In New York
How To Become A Cannabis Master Grower: Everything You Need To Start »