How Much Is a Pound of Weed? 2023 Updated Guide 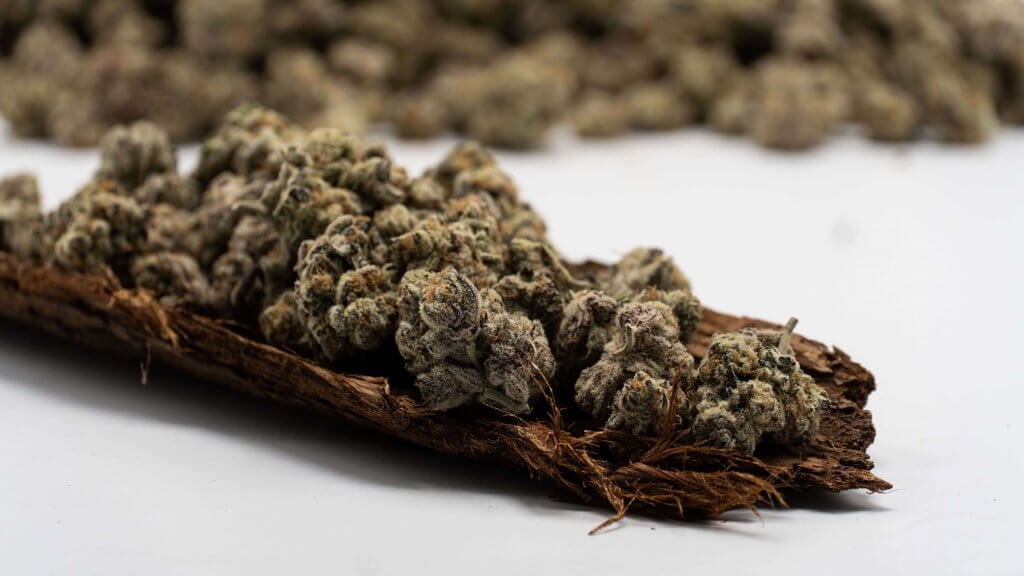 Now more than ever, people are asking, “how much is a pound of weed?” But why, and what does the answer mean to you?

What a pound of weed costs not only impacts how much you’ll pay for a gram but the cannabis industry at large. In 2020, the legal U.S. ganja market hit a record-breaking value of $17.5 billion (a 46% increase from 2019).

Meanwhile, illicit marijuana sales totaled an estimated $100 billion, and everyone from investors to politicians are sitting up and taking notice, all wanting their pound of weed (not flesh).

It’s also a factor that helps state lawmakers weigh up prohibition expenses against potential tax revenues. (If they were to legalize the herb, that is).

As society embraces the amazing benefits of marijuana and legalization efforts continue to sweep across America, the cost of a pound of weed brings us new insights.

So, let’s dive in and discover what you can expect to pay for 1lb of the green stuff in 2021.

What is a pound of weed?

It’s unlikely that you’ll use a pound of marijuana at a time (unless you’re sharing with a lot of your 420 friends). Even then, it’s not an amount you can walk in and buy at a dispensary or even legally possess in most cases.

Still, it’s a good idea to understand what does a 1 pound plant look like and what 1lb of weed actually means before getting into the finer details about its cost.

If you’ve ever bought some bud, you’ve probably come across terms like halves, quarters, eighths, dubs, zips, and dime bags. These weed measurements rely on both the imperial and metric systems, mostly because the latter has smaller, more precise units.

One pound of weed is the biggest measurement, often used as a baseline by cannabis exchanges and large-scale buyers or sellers. Its price also dictates the cost of smaller amounts, all the way down to the gram.

However, dispensaries and dealers alike typically round it down to 28 grams per ounce for easier calculations, where:

Without that 0.3495 grams per ounce, one pound of marijuana then equals 448 grams.

While it won’t make much of a difference to the small-time weed buyer, it still adds up for more significant purchases.

If you’re adamant about getting your full money’s worth, ask your budtender to weigh up your weed in front of you. A digital scale also helps for accurate pound of weed measurements.

What factors affect the pound of weed price?

To understand how much a pound of weed is worth, we have to look at the contributing factors. Cannabis prices, much like other commodities, are determined by wide-ranging variables from seed to shelf, such as:

The price of a pound of weed, and indeed everything else, is largely dependent on quality. That’s why outdoor grows, at the mercy of the elements, are usually cheaper than buds cultivated from sophisticated and controlled hydroponic setups.

A primo, trichome-covered pound of weed with an established lineage costs more than some dry, reggie dank your friend’s cousin’s uncle grew in the backyard.

Nature affects all crops, even indoor ones, so it impacts the pound of weed price, too. Favorable conditions can lead to a higher yield per plant, but bad weather can mean the opposite.

Wildfires, tornadoes, and other freak events can ravage a plantation, put the lights out, and ultimately drive up the price of a pound of marijuana.

In states where marijuana is still largely restricted (think Kentucky, Indiana, or Idaho), a pound of weed, albeit illegal, is likely more expensive.

Growing, transporting, and selling cannabis in such regions are dangerous activities that can lead to fines, jail time, and even a felony.

States that favor marijuana legalization, like Colorado, California, or Arizona, also have restrictions on cultivation and possession. Ultimately, the degree of red tape in a region affects the price of 1lb of weed.

Tax revenue motivates marijuana legalization, regulation, and more control over the cannabis market, which is still largely illicit. It also drives up the pound of weed price.

In these and other tax-collecting states, one pound of weed costs substantially more.

For instance, Cali taxes $9.65 per ounce for flower and $1.35 per fresh cannabis plant. Meanwhile, Colorado charges a 15% wholesale excise tax and another 15% retail excise tax on marijuana. Washington imposes a 37% retail tax and 6.5% general sales tax on ganja.

While a necessary evil, taxes affect what you’ll pay for a pound of marijuana down to the gram.

With weed legalization comes a fair amount of competition. The answer to “how much for a pound of weed?” depends on where you’re asking.

This, in turn, creates competition at the wholesale level. Suppliers offer better rates per pound of weed to keep their stakes in the cannabis game.

Conversely, states with emerging legal markets only have a handful of retailers, allowing for monopolization and hiked-up prices.

Illicit street dealers vie for customers in much the same way as outlets, something the legal market must also compete against.

Supply and demand affect the pound of weed cost, too. According to Statista, 63% of adult Americans were in favor of marijuana legalization in 2020. That figure is double what it was in 2003.

In a 2020 Hubspot survey, 36% of respondents said they use weed more than twice a day, 31% for recreational purposes, 17% medicinally, and 52% for both reasons.

It’s safe to say a pound of marijuana is in high demand, especially since legal cannabis sales skyrocketed in 2020, with predictions exceeding $40 billion by 2026.

On the other hand, 2020 wildfires in Oregon and Cali’s Emerald Triangle turned many farms into ashes, which could cause a drop in supply. Paired with a consistent high demand, this could push the pound of weed price up.

How much is a pound of weed in 11 USA states

As you’ve seen, weight measurements and contributing factors are pretty crucial aspects when it comes to pricing. So, how much does a pound of weed cost?

We’ve also sourced the latest available data for 11 states in the table below. Keep in mind that the presented pound of weed prices are only estimated averages.

All figures were calculated by combining medicinal and recreational marijuana costs as voluntarily reported by buyers in their respective states.

Grow your own pound of marijuana

Now that you know how much it is for a pound of weed, you may be considering growing your own stash. While personal marijuana plants are legal in several states, there’s often a limit to how many crops you’re allowed to cultivate.

Luckily, with a few tips and tricks, you can harvest your own 1lb of weed. You can even learn how to grow a one-pound plant. Here are a few pointers to get you started:

The cannabis industry is booming, and more than half the U.S. population favors marijuana legalization. As a new kind of “Reefer Madness” emerges, the ever-changing pound of weed price is a valuable indicator of current trends and future possibilities.

Not only does it help determine what you’re paying by the gram, but it’s also a useful factor for wholesalers, street dealers, and even lawmakers. Typically rounded off to 16 ounces, one pound of weed currently costs an average of $1,616 in the U.S.

Of course, prices around the country vary widely, depending on factors like bud quality, taxes, restrictions, competition, supply, and demand.

So, how much is a pound of marijuana in your neighborhood? If it’s too pricey, it may be time to grow your own stash. You can start by choosing top-shelf, high-yielding cannabis seeds from our Homegrown Store.