Why Are Your Plants Not Flowering After 2 Months? 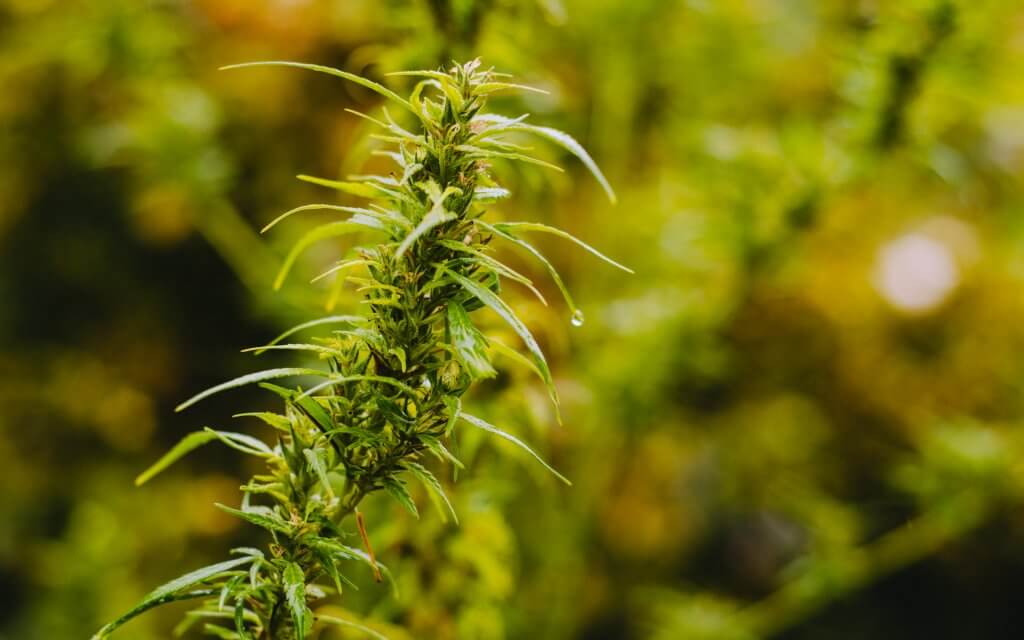 You’ve germinated the seeds successfully. Soon after, they’re past the seedling stage – and starting to look like real marijuana plants. The iconic multi-fingered leaves turn lush and vibrant green; the stems and branches become sturdier and more extensive. Clearly, they are well on their way to maturity. Yet, your cannabis plants still won’t flower – and it has already been two months. No buds, of course, mean no rewards.

This situation might sound hopeless and out of control. But, it is all-too-common, especially among novice marijuana growers. Luckily, this dilemma is relatively easy to fix – and we’re here to help with the troubleshooting process. If successful, you would begin seeing the fruits of your labor in no time at all.

There are many reasons why your plants won’t produce the coveted buds.

Maybe the chosen strain has an extended growing period, which means that you need to wait a bit more before flipping the switch. Quite possibly, you’re not providing enough light – or the right spectrum. And if you’re growing outside, it might be too early into the season. In other words, the plants still haven’t been exposed to “short days and long nights” – their biological trigger to start flowering.

But at the most basic level, cannabis plants need to fulfill two requirements to begin growing buds. They need to be female – and they need to be at the flowering stage. Otherwise, they won’t form flowers no matter how long you wait. Let’s recap the importance of each.

What Is The Difference Between the Vegetative And The Flowering Stage?

The life cycle of cannabis plants can be broken down into four – germination, seedling, vegetative, and flowering. The last two are the longest, although the exact duration varies from strain to strain. Generally, plants grow large in mass during the vegging phase and produce flowers during the bloom stage.

The vegetative stage can last anywhere between 3 to 16 weeks. But if you’re cultivating indoors, you can extend it as long as you want. Outdoors, it typically begins in late spring to early summer, ending just before autumn sets in. During this time, the plants will need at least 18 hours of light per day to fuel the growth and development of the roots, stems, and leaves.

It’s during the flowering stage when cannabis plants start producing the fat, resinous buds. Indoors, you can force the plants to bloom by switching to a 12-12 light cycle. This simply means providing the plants 12 hours of light and 12 hours of darkness every day. When outside, on the other hand, it occurs naturally as the days start getting shorter than 12 hours. Depending on the strain, this final growth stage can last for an average of 8 to 11 weeks.

Okay, so what if your plants are female and have already switched to a 12-12 cycle, but they still won’t start flowering? It might be incredibly frustrating, but don’t worry. There are ways around this problem.

Just a note. This guide only applies to photoperiod plants – not plants grown from autoflower seeds. Typically, cannabis plants are photoperiod-reliant. It merely means that they enter a new growth stage – including the flowering phase – after being exposed to certain hours of light in a day. Autoflowers, which contain Ruderalis genetics, are an exception. They begin budding upon maturation – automatically.

No cannabis strain or hybrid is the same. Some mature faster, while others take more time to flower. Primarily, the growth cycle and pattern boil down to genetics.

Generally, Indica plants flower between 8 and 12 weeks. Sativas, on the other hand, need a few extra weeks, with a bloom period ranging from 10 to 16 weeks. Make sure to check the strain information online – it is be available on Homegrown Cannabis Co.‘s website – just take a look at any of our products. Just keep in mind that the indicated flowering period isn’t set in stone and may vary slightly. Nevertheless, it’s a good starting point.

Also, know that fast version seeds – an up-and-coming type – exist. These are photoperiod-dependent but have a rapid flowering time of 6 to 8 weeks. But if you can’t be bothered with manually changing the light schedule, remember that auto-flowering strains are always an option. They have a short life cycle, too.

Just because you’ve changed the lights to 12/12 doesn’t mean the flowering cycle has already begun. The plants first enter a transition period called the “pre-flowering phase,” which typically lasts for about 1 to 3 weeks. When outdoors, it occurs naturally at the end of summer. Again, the duration may vary from strain to strain, as well as the growing environment.

During this time, the plants stop pouring their energy into vegetative growth. Instead, they redirect their focus to reproduction – and that includes budding. As mentioned earlier, this is also when the plants form their sex organs and reveal their gender.

Marijuana plants only start making buds once the pistils – the white, wispy hairs – emerge on the calyx or the pointed outgrowth. That’s when you should start counting the days – or weeks – until harvest time.

3. Use the Right Light

If you’re growing cannabis indoors, make sure to use the appropriate grow lights. For best results, go for bulbs that fall under the red spectrum, such as high-pressure sodium (HPS) lamps. This helps promote flowering and budding.

The light schedule for the flowering stage is easy enough to remember – 12/12. That’s it. No more, no less. Commit to this light cycle, and there shouldn’t be any issues.

Now, if you’re growing outside, it might not be as straightforward as that. You won’t have any control over the light sources, for one. Instead, you have to capitalize on what nature provides. And to do that, timing is of the essence.

In general, you should pop the seeds anytime between the spring equinox (around March 21) and late-April. This way, the plants would be all set for flowering when the days start getting shorter and the nights longer. This occurs towards the end of summer – or around early August.

After triggering the flowering stage, the buds should start forming within 1 to 3 weeks. And that is predicated on the plants receiving 12 hours of total, uninterrupted darkness every day.

If light leaks occur during the bloom phase, marijuana plants may go back to the vegetative stage. In worse cases, they might turn into hermaphrodites due to shock. In other words, they will exhibit both male and female characteristics. If left ignored, the pollen sacs would eventually rupture, releasing pollen everywhere – and ruining an otherwise good-quality harvest.

Whether you’re growing outdoors or indoors, make sure not to disrupt the dark cycle. Remember, just a single flash of light could spoil the crops. Outside, watch out for street lamps and motion sensor lights. And if the grow room is not fully sealed and light-tight, outdoor lighting sources could be disastrous for indoor plants.

Make sure to inspect the growing area for potential causes of light leaks. Start by spending at least 5 to 10 minutes in the unlit grow space – which is ample time for your eyes to adjust to the darkness. See if the openings on the ventilation ports – such as the exhausts, intakes, and ducting – facilitate light entry. Even lights from electrical devices are a cause for concern.

Remedying light leaks is a breeze. You can use garbage bags or light-proof materials (such as tarpaulins and curtains) to keep the garden pitch-black. For tiny gaps or equipment lights, electrical tapes should do the trick.

The flowering stage is when your female marijuana plants reach maturity. During this time, growers begin seeing the rewards of their hard work. Starting as “pre-flowers,” the tiny calyxes and pistil later swell and grow into full-blown buds, blanketed with white, crystalline trichomes.

For this final stage to be successful, there are a few steps to keep in mind. Indoors, you have to initiate flowering by shifting to a 12/12 light schedule. Make sure you’re using the right spectrum of light as well. If growing outdoors, proper planning and timing are key. After that, you just have to let Mother Nature do the work of illuminating the plants.

In both cases, do your best to avoid light leaks at all costs. And, of course, make sure to monitor and care for the blooming plants, providing them everything they need to stay healthy and productive. After that, it’s just a matter of time before the fat, ultra-dense colas are ready for harvest.

« What Is The Ideal Feeding Schedule For Soil?
When And How Should You Harvest Marijuana Buds? »