How to Decarb Weed for Cooking 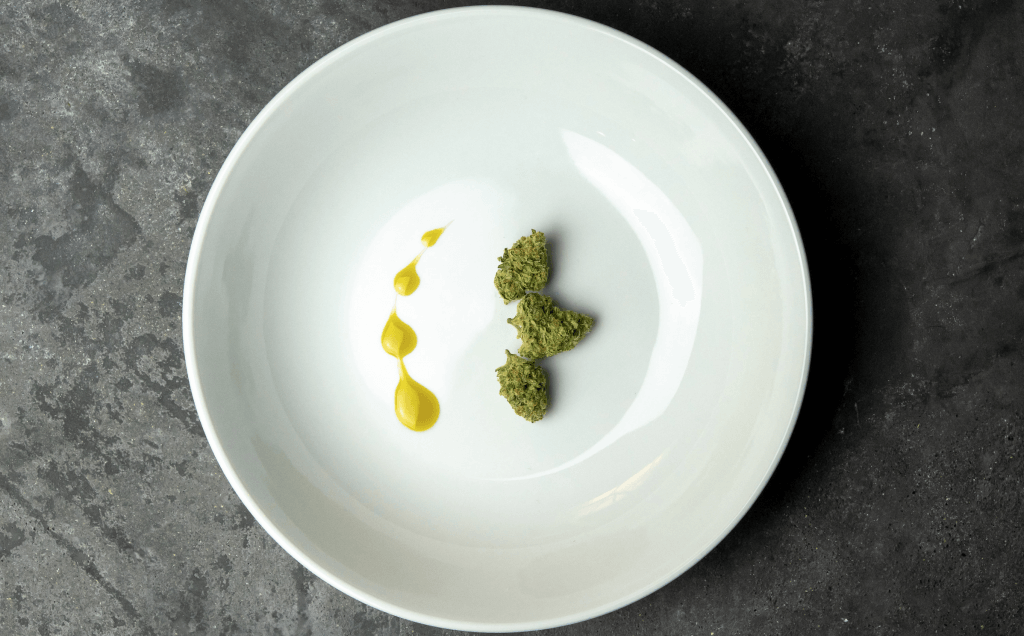 Decarboxylation is an important process in preparation for infusing weed into savory dishes and desserts. Without decarboxylation, the potency of cannabis might be too low for your liking or might not kick at all.

Intimidating as it sounds, the decarboxylation isn’t something complicated or something to get worried about. It only involves simple tools at home and your reading skills for instruction. There are several ways to decarb a weed, but let’s get to know the decarboxylation first before we get into that.

Decarboxylation is the process of making cannabis a potent food additive. Decarboxylation triggers a chemical reaction within the cannabis that releases a carboxyl group, which ultimately makes the weed psychoactive. The main tool used in the decarboxylation process is heat.

In its original and pure form, THCA is not psychoactive. When cannabis goes through heat (or through the process of decarboxylation), THC detaches from the original THCA compound. THCA has now been converted into THC. THC is an active psychoactive ingredient of cannabis. Upon consumption, THC is an agent that induces the high.

How to Decarboxylate Weed in an Oven

In decarboxylating in an oven, keep in mind that the machine’s temperature dials are not “exact,” but rather, they refer to an average temperature. Old ovens are especially prone to fluctuating temperatures. An oven could fluctuate by 20 degrees less in temperature. So keep your trained eye on the cannabis every five minutes or so.

If your cannabis looks like it’ll burn soon, take your temperature dial down the notch. It’s a good idea to buy an oven thermometer, which will tell you the exact temperature inside your oven. It’s a good investment if you’re always using your oven.

Tools and ingredient to use:

How to Decarb Weed in a Mason Jar

For one, decarboxylating in a mason jar reduces the strong odor of a certain cannabis strain. Second, precious phyto-compounds such as terpenes get trapped inside mason jars, retaining them in the process of cooking.

The primary tool in sous vide is an immersion circulator, which can roughly cost around $100. Immersion circulators can be more specific and accurate when it comes to temperature dials compared to ovens. Because the dials are more accurate, you get to reduce the risk of burning your cannabis or accidentally evaporating your cannabinoids, terpenes and strain flavor.

Best Cannabis Strains to Decarboxylate and Cook With

There’s no shortage when it comes to cookbooks and recipes about cannabis edibles. Whether you’re still trying to learn how to infuse cannabis in baked cookies or meatballs, as early as now, it’s best to know which cannabis strains work the best in the kitchen.

Trainwreck Feminized has an earthy, woody scent and hints of citrus notes. The flavor complements the scent as well, lemony with a spicy aftertaste.

At 25% THC content, beginners should probably take this strain easy. Even for veterans, too much of this can give an intense buzzing effect and a couch-lock at the end. Depending on your tolerance, this strain’s intense high is not only psychedelic, it can even be described as narcotic. It’s a wake-and-bake type of strain with a slight inclination to wake.

As a food additive, the strain’s amount is restrained or limited only to the user’s ability to ride the intense high.

Also known as Sour D, the Sour Diesel strain is an energizing strain for stoners who lead an active life. It’s a wake-and-bake dream but can be a recreational staple too, thanks to its Sativa dominant trait.

If consumed moderately in controlled amounts, the Sour Diesel Feminized strain can provide a well-balanced potency. Make sure to serve water or any form of hydration to your guests to counter some of its dehydrating side effects, just in case.

Best infused with cookies or other “overpowering in taste” dessert, this strain has its own unique blend of citrus, diesel, spice, with an herbal nuance. Though pungent, interestingly, the herb leaves a sweet taste on the palate.

The White Widow’s pungent aroma is a powerful combination of strong, fruity, and spicy notes. If you’re that type of cook that wants his weed’s scent to fill the room as soon as the oven opens, this strain is for you. As this strain is heated, its flavor transforms into an earthy flavor blended with sugary undertones.

The White Widow Autoflower strain is one of the most potent herbs in the world, with 25% THC at its disposal. It leaves the users with a strong buzz that’s often within the spectrum of happy and energized. Although the intense high is soaring, it’s never overbearing.

A cross between Girl Scout Cookies and Cheese, this strain offers a long-lasting psychedelic high that may even give the therapeutic potential for anxiety, stress, and depression. Additionally, the strain can also dull pain due to its painkilling buzz that eventually leads to gentle sedation.

True to its name, the Girl Scout Cookies x Cheese Feminized has that sweet, earthy, biscuit-like aroma and mustiness that only a cheese-bred strain possesses.

The Bubba Kush Feminized strain has a rich coffee aroma with an earthy taste to it. Although it has a hint of pine-and-lemon flavor, the strain leaves a spicy aftertaste. The strain also tastes like candy in its roller coaster of flavors of a sweet, chocolatey, tootsie roll.

This strain’s sweetness is great for desserts with the primary flavors of mocha, dark chocolate, chocolate, and the likes. The Bubba Kush strain is an instant hit for those who seek an immediate sedating effect.

« How to Take CBG Oil
How to Make Cannabis Honey »