Everything There Is To Know About Cannabis Leaves 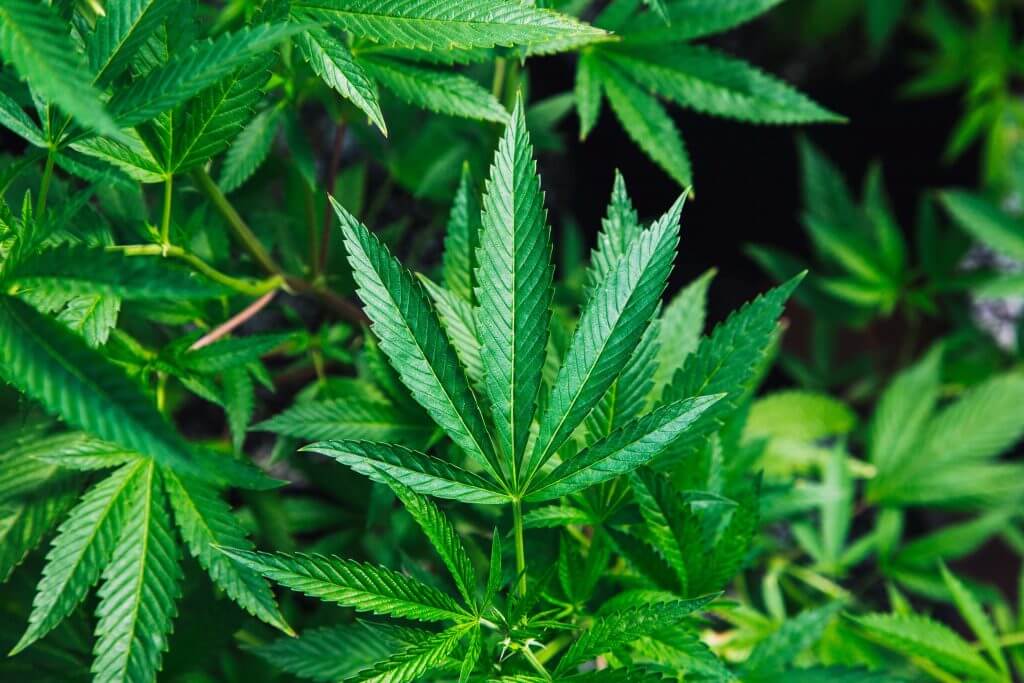 No part of any plant is as widely-recognized as the serrated green fingers of the cannabis leaf, (for us, anyway) but these leaves are far more than just a cultural meme. They play a critical role in the health and wellbeing of the plant. And, while less potent than the sticky flower, the leaves can still be put to good use – you should never just put them in the garbage! Leaves are great for green teas, smoothies and raw cannabis juice. You can use them for topical creams and balms and the sugar leaves are great for cannabis butter and hash. Adding them to your compost is more beneficial than tossing them away – they will decompose and feed future generations of plants. But what purpose do they serve while the plant is still alive? What are they made of? What is their job? How can you make the most of cannabis leaves both on and off the plant?

What do cannabis leaves do?

A cannabis plant wastes no time unfurling its first set of leaves. As soon as the taproot has anchored the stem, the little plant shoots up and spreads tiny green wings. Clearly, these leaves are vital, but what exactly do they do?

What are cannabis leaves made of?

Cannabis leaves are made up of different parts, each with a particular purpose and use.

What is the general structure of a cannabis leaf?

Unlike most of other plants of the Cannabaceae family, cannabis leaves are decussate-opposite, emerging in pairs on both sides of the stem (during veg). As the plant approaches flowering, it switches to a more common, alternate-leaved pattern.

Interestingly, some studies show that early-planted hemp, when flowering under lower light conditions, displays new alternate leaf outgrowths when exposed to more hours of light. The number of leaflets eventually increases as new growths continue. While the genetic process responsible for such untypical behavior is not yet understood, it’s believed that it may lead to better vegetative development.

What are the leaf differences among subspecies of cannabis?

The three cannabis strains, Sativa, Indica, and Ruderalis, express some striking differences. From chemical composition to structure to height, each one is different in its own, special way. Even their leaves are distinguishable, with Sativa blades being the most serrated and pointy.

Note: Due to the widespread hybridization of cannabis varieties, a Sativa-heavy crossbreed may display Indica physical attributes and vice versa. Landraces are far easier to segregate than hybrids.

Do cannabis leaves ever show mutations?

Malformed cannabis leaves are not uncommon. They are often products of the genetic irregularities prevalent in some hybrids. They’re rarely a sign of ill health. In some cases, deformities have been purposely bred into cannabis strains in order to mask their true identity. Don’t forget, most of the world lags behind the US when it comes to cannabis prohibition!

As we touched on earlier, instead of disregarding or discarding your cannabis leaves, they can be put to good use.

The eyes are the window to the soul. You could say the same about cannabis leaves! The condition of the leaves can reflect a plant’s overall health, offering observable clues to potential issues. Here are the most common leaf abnormalities and what they indicate:

A daily dose of low-strength cannabis

Not everyone can afford to get high every day, but this shouldn’t mean we have to stop benefitting from cannabis. By using the leaves, rather than the potent buds, growers can enjoy the health-giving properties of marijuana seven days a week, with or without the (very subtle) buzz.

Cannabis leaves possess nutrients such as calcium, fiber, iron, phosphorus and potassium. They are also home to also (smaller amounts of) beneficial cannabinoids and terpenes.

How to eat cannabis leaves

Fresh cannabis blades can be used to enhance a variety of dishes:

Just like buds, cannabis leaves can also be turned into creams and topicals. The fresh blades can be ground into paste or heated with oils for a variety of localized issues.

Cannabis leaves: not so useless, after all!

They may not offer the amazing high and powerful medicinal properties of the flower, but cannabis leaves are far from useless. They are absolutely essential to the plant’s growth, acting as solar collector, storage facility, thermal regulator and hormone producer. They contain numerous beneficial compounds and, at the very least, they make good, fast-decaying compost! The range of teas, topicals and treatments you can make from leaves is vast, with psychoactive effects that are subtle, if felt at all.

The best growers make use of each part of their plants, so next time you pick up your trimmings, perhaps you should pause for a second to consider their true potential… Cup of tea, anyone?

« How To Store Marijuana in 4 Easy Steps
A Beginner’s Guide with Kyle Kushman: EP 1 – Knowing The Law »