Should I Use Hydrogen Peroxide to Treat Cannabis Problems? 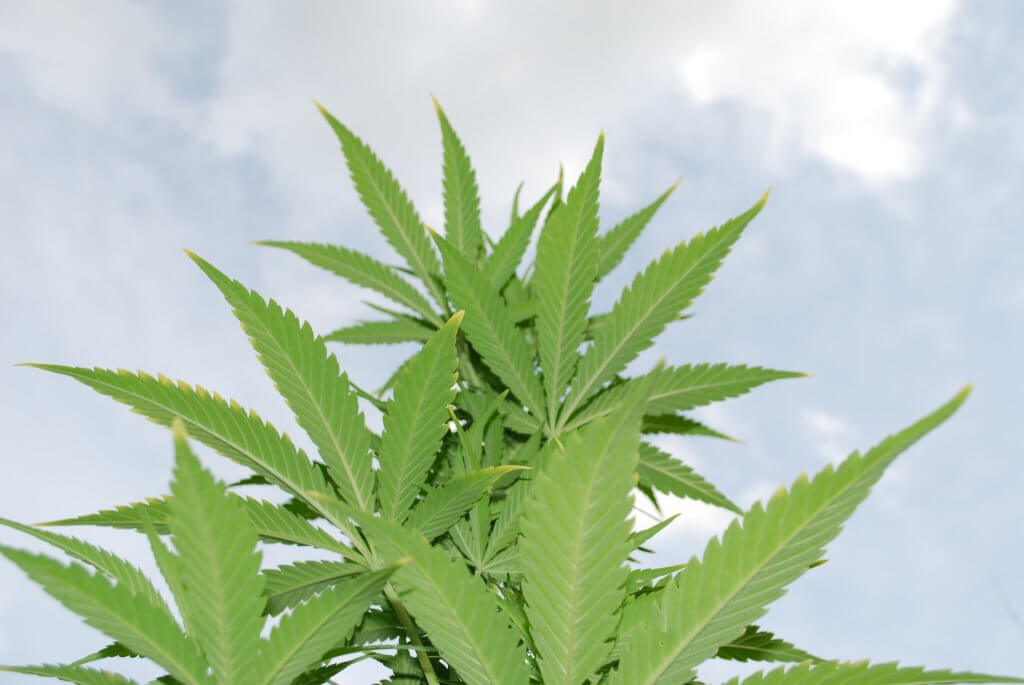 Keeping a bottle of hydrogen peroxide in the medicine cabinet is a good idea. It is a mild antiseptic that is useful in preventing infection from minor cuts, scrapes, and burns. Surprisingly, it can also be used to treat cannabis problems. The opinions, though, are mixed.

Proponents claim that it can help prevent or mitigate some diseases or infections. On the other hand, some are also of the belief that its use may do more harm than good – especially over the long-term.

Should you even try to use hydrogen peroxide for marijuana plants?

Read on so you can decide.

What Is Hydrogen Peroxide?

Hydrogen peroxide – H2O2 – is typically used as a disinfect, bleaching agent, and oxidizer. Some people even use it as a mouth rinse to remove mucus or alleviate minor mouth irritation.

This makes it useful for household, industrial, and medical applications and is commonly sold at 3% and 6% concentration (although you can also find it at 35% strength). It is pale blue and slightly viscous in its pure form, but appears colorless and looks like water when diluted.

For some, it may sound strange – or even crazy – to use hydrogen peroxide for cannabis plants. But if applied correctly, it can be an effective remedy against persistent cannabis problems, including fungi, bacteria, root rot and other cannabis pests.

As a bonus, hydrogen peroxide is also applicable in organic farming.

Fungi are just one of the many microorganisms that plague cannabis plants. Humidity and poor airflow usually encourage their formation and spread. Mold, powdery mildew, and botrytis (also called bud rot) are some of the most common types.

Some fungi could appear without warning, reproducing fast and causing irreversible damage if left ignored. In the worst-case scenario, your crops could be ruined in a matter of days. For this reason, early detection and rapid treatment are critical.

Fortunately, a diluted hydrogen peroxide solution could be applied quickly to get rid of mold and fungal spores. That is because it has potent anti-fungal properties. On top of that, it is also useful for prevention, discouraging mold growth.

Some bacteria are beneficial to cannabis plants. Others, though, can only trigger diseases. These are often harder to detect than fungal infections. To make matters worse, bacteria may only attack once the plant is weakened by external factors. When this happens, you could lose the crops.

Luckily, hydrogen peroxide also has powerful antibacterial action. A single application can already nuke the harmful bacteria residing in the plant. It is one of the most effective bacterial controls.

Pest and insect infestations are another frustrating problem that you’ll face at one point. Again, immediate action is the key to reducing damage and losses. At the same time, you all need to avoid harsh pesticides, which can pass on toxins to humans and the environment.

Hydrogen peroxide has powerful pesticidal properties. It can kill most soft-bodied insects – such as aphids, spider mites, and fungus gnats – on contact. And by wiping out the eggs and larvae, it also reduces and controls the pest population.

Root rot is a worrisome condition in which the roots start to decay. It often occurs due to overwatering, as well as having poor soil drainage and aeration. Certain fungi, bacteria, and algae can also cause it.

Since it is a root problem, it is hard to detect above ground. In the later stages, though, root rot manifests itself as yellowing leaves and branches falling off. If left untreated, the plants could die.

Hydrogen peroxide can help treat root rot. It is also fast-acting, breaking down rapidly in the medium once applied. Primarily, it works by introducing more oxygen into the root zone and boosting aeration. And, it can wipe out the disease-causing microorganisms lurking in the roots.

Hydrogen Peroxide for Marijuana Plants: How Does it Work

Where does hydrogen peroxide get its anti-fungal, antibacterial, pesticidal, and aeration properties? It all comes down to the chemical reaction that occurs when it decomposes.

In normal conditions, hydrogen breaks down to form water and oxygen. It can be expressed using this equation:

In the first part of the reaction, it releases a single oxygen atom – a free radical. It is unstable and binds readily to form other compounds. More than that, it is also highly volatile and can react in various ways.

One of two things can happen next.

If the oxygen atom bonds with another oxygen atom, you get a stable O2 molecule. This aerating effect, in turn, can be useful for compacted or oxygen-deprived soils. On the other hand, the oxygen atom reacts with organic tissues, such as bacteria or insects. The result: they get destroyed upon contact.

How to Use Hydrogen Peroxide for Marijuana Plants

Generally, there are two ways to apply hydrogen peroxide. Either you spray it on the leaves or apply it directly to the soil as a watering solution.

1. As a Foliar Spray

This preparation is ideal if you’re dealing with fungi, bacteria, and cannabis pests. As a general rule of thumb, add one tablespoon of 3% hydrogen peroxide per eight oz (one cup) of distilled water. Alternatively, you can combine one cup of the chemical with a gallon of water. Place the solution in a dark-colored spray bottle.

When misting, ensure that the leaves are fully coated. Also, focus on the affected areas.

2. As a Watering Solution

This method is suitable for treating pests and root rot. You’ll be using the same hydrogen peroxide to water ratio.

After preparing the blend, use it to water the crops thoroughly. For pests, you can use it twice a week. Make sure that the top two to three inches of the soil are dry between each session. For root rot, a single application will do.

What to Consider When Using Hydrogen Peroxide

Although helpful, hydrogen peroxide for cannabis also poses some risks. Knowledge of it can help you safely and effectively use the chemical to troubleshoot cannabis problems.

1. May Damage Soil Microbial Life in the Long Run

Hydrogen peroxide could kill all the microorganisms in the medium – including the beneficial ones. This can be an issue for soil-based grows, or those using supplemental microbes. If this is the case, use it as sparingly and only as needed.

Although hydrogen peroxide acts quickly, it can only provide temporary relief at best. When used to remedy root rot, for example, the increase in oxygen is short-lived.

That said, you may want to use it only as a last-resort – especially in dire situations that call for immediate action. When the plants recover, you’ll have to carry out long-term solutions and preventive measures.

Hydrogen peroxide is highly unstable and will explode if heated. Hence, handle it with extreme care. Also, make sure that there’s no open flame nearby.

4. Store in a Safe Place

Since hydrogen peroxide is unstable, you have to store it in a cool, dark place away from sunlight and other heat sources. And because the chemical degrades with light exposure, it has to be in a dark-colored bottle. And, make sure the product comes in a tamper-proof container.

Keep hydrogen peroxide out of reach of pets and children as well.

At high concentrations, hydrogen peroxide can irritate the skin or, worse, cause burns. So before diluting it with water, wear rubber gloves first. Ordinary gardening gloves, which are not waterproof, won’t suffice. If the chemical gets into the skin, rinse the affected area thoroughly with water.

So, Should You Use Hydrogen Peroxide or Not?

Almost anything can be harmful if used in excess. The same goes for hydrogen peroxide.

There’s no doubt that it is useful for some pesky cannabis problems, including fungal and bacterial infections, pests, and root rot. Even better, it is easy to use and fast-acting. If applied at the right time, it can help save the crops and, consequently, the harvest.

On the flip side, hydrogen peroxide is only temporary aid. As such, you’ll have to devise and implement longer-lasting solutions. And, keep in mind that it can harm the beneficial soil microorganisms, so avoid using it excessively. In some cases, you might have to reintroduce the microbial population to the substrate.

To answer the question, well, it’s entirely up to you. There’s nothing wrong with using hydrogen peroxide. Just do so in moderation and be aware of the risks.