What Is The Most Expensive Marijuana? 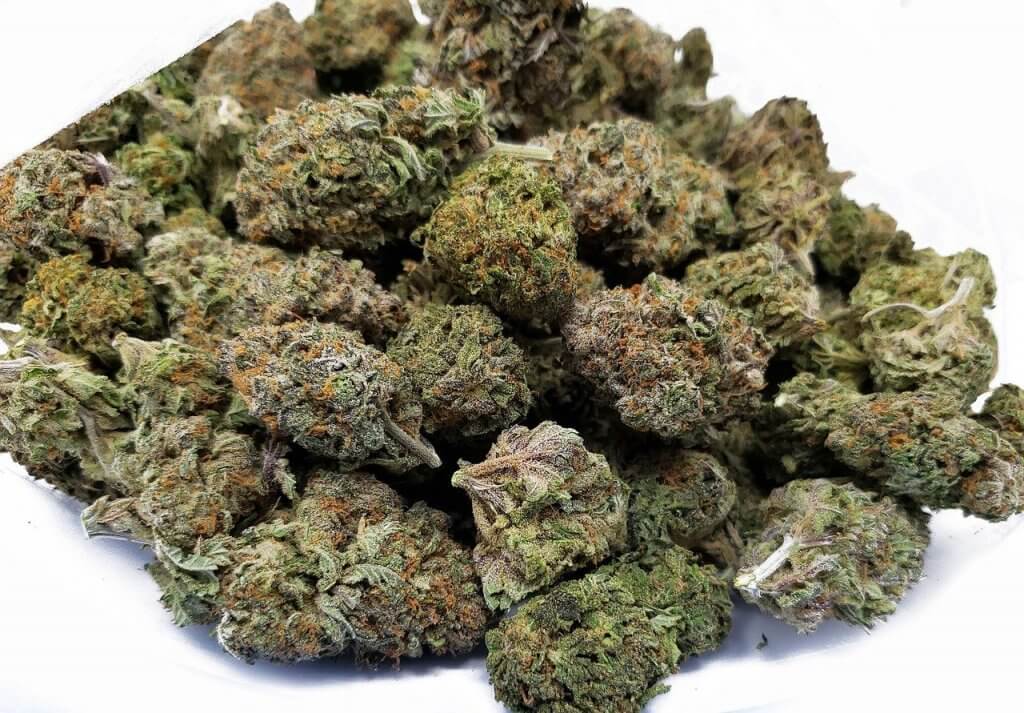 The most expensive marijuana is an enticing idea. While paying top-dollar for your pot might not be your ultimate goal, it is a fact that cannabis users are becoming more sophisticated and choosy about what they consume. As the weed space is quickly becoming as packed as a Miami Beach on a smoldering summer day, standing out as a premium product is not the easiest thing to do.

A visit to your local dispensary might reveal that the price of strains usually vary by a slim margin of a dollar or two. So, what’s the most expensive weed?

Let’s see dive into the area of expensive weed and find out how much people are willing to spend to get themselves some.

What Makes a Strain Luxury?

Just like any top-notch product, be it a piece of fine jewelry, or a grooved luxury travel bag, a lot goes into the production and utility that makes it stand out. Many cannabis breeders go to great lengths trying to come up with the most expensive strain of weed including:

·        Using untreated water that has been melted off a mountain top

While going the extra mile might be a step in the right direction of creating premium brands of weed, let us see what the most expensive marijuana currently is and how they are arrived at.

What is the Most Expensive Marijuana in the World?

If you are familiar with the world’s most expensive cuisine, you probably know that caviar ranks up there for what you would buy if you were looking for the best, and most expensive money can buy.

Cannabis seems to be following in the same footsteps.

Described as the champagne of cannabis, Cannabis Caviar is the most expensive weed you can buy. While culinary caviar is basically expensive fish eggs, cannabis caviar is a concept of finely combined ingredients.

What makes cannabis caviar so prestigious is the process of making it.

The making of Cannabis Caviar starts off with soaking high-quality cannabis buds in intoxicating hash oil (concentrated liquid cannabis). Once the oil becomes soaked into the buds, the result is concentrated cannabis that can have high THC concentrations ranging from 30-80%, as opposed to the potency of a normal bud that would be 5-20%.

If you think the process is done, you’re wrong!

The potent, concentrated bud is then rolled into kief (we will see what kief is later in this article).

The result is a weed substance that will literally knock your socks off.

So, if you have been asking yourself “what’s the most expensive weed?” you now have your answer. A quality bomb of cannabis caviar.

Now to the big question, how much does it go for?

You would have to part with $1,400 to purchase an ounce of quality Cannabis Caviar!

What makes Cannabis Caviar so Expensive?

Cannabis Caviar, or Caviar concentrates, Caviar Gold strain, Marijuana Caviar or simply Caviar Moon rocks, are basically what we have described in the above section.

These names all refer to the same concept of dipping very high-quality weed buds into hash oil and rolling them in a kief layer. Cannabis Caviar can be exceedingly potent and some combinations are even known to result in high concentrations of up to 91% THC.

The high potency is due to the use of extremely high-quality strains of weed as well as very potent cannabis oil and kief. This extravagant combination results in “one hell of a high”.

Many top-shelf weed strains are used in the making of Cannabis Caviar, but the most commonly used are:

Where can you get the Most Expensive Weed?

Caviar Cannabis is mainly sold in dispensaries across North America, though coffee shops abroad may also sell them.

Caviar Buds are virtually always very high quality with extremely potent qualities. When we say it will knock your socks off, we are not joking. Some would even say it could send you right to the moon, probably where it got its name “moon rocks’ from. If you are looking for weed that will literally transport you to the next world, this is it.

Conversely, if you are a cannabis newbie, you should probably steer clear of Cannabis Caviar until you develop some tolerance.

What are the Effects of the Most Expensive Weed?

Have you ever felt so high that you were unable to feel your eyebrows, even if you touched them?

Starting in your head, the caviar high eventually spreads to your entire body and down to the tip of your toes. It’s one of those slow burns that you don’t quite feel coming on until you realize your feet are no longer touching the ground. It has an intense high that will hit about 30 minutes after you take it and last a really long time.

What Cannabis Caviar is Not

The high that results from the strong combinations of cannabis caviar has led many to describe it as “the strongest cannabis in the world” or “the best high on earth”.

Is it a wonder that moons rocks are sometimes confused with other substances?

Often times cannabis caviar can be confused with other, more dangerous products, given its name moon rock.

So make sure to specify the moon rock you are talking about the next time you are a having a conversation of your best high. You wouldn’t want anyone to get the wrong impression. Will you?

What Is The Most Expensive Strain Of Weed?

This potent strain is “a Sativa-dominant hybrid”. Created from backcrossing its parent strain (Blue Dream) with itself, it is an excellent strain to spark focus and creativity. With average THC levels of 26-28%, Loud Dream ranks as one of the most potent weed strains.

Now, how much does it cost?

For a whopping $800, you can score yourself an ounce of Loud Dream. That definitely makes it the most expensive strain of weed in the world. It also has strong berry flavors which make it a very enjoyable smoke.

If you want to get some concept of how high $800 is, consider that price for “medium to high-quality” weed is about $230.50. This is according to a sample size of 45,707 published by High Times. The average weed also has THC content of roughly 18.7% on average, according to NBC News, which makes it’s 27% average quite momentous.

The Mystery of the Oracle

Once upon a time, a strain named “The Oracle” emerged as the most expensive weed strain, and it was sought after by both gentry and common folk.

The Oracle is a potent Indica strain that has a staggering 45% THC contents balanced by 20% CBD.

As many stories go… one day, while routinely running some tests, it was found to be a duplication of the common ACDC strain, which can be purchased for a fraction of the absurdly high prices, from any dispensary.

How To Make The Most Expensive Weed At Home

As previously discussed, cannabis caviar is essentially moon rock weed, which is your favorite bud that gets covered in honey oil and topped off with a generous dusting of kief. The finished product closely resembles a Brussels Sprout, or to those with a sweet tooth, a chunk of green candy. This is essentially what is considered to be among the most expensive marijuana in the world, not exactly the most expensive marijuana strain, that we discussed before.

To make your own cannabis caviar from home, you will need:

As promised earlier in this article, we have come to the point of revealing the contents of our secret ingredient, “kief”.

In German, the word “kief” refers to a quarrelsome person. That is obviously not what we’re talking about.

Kief, which is also called pollen or crystal, is the fine powder gotten from the trichomes (dried resin glands) of a cannabis plant. Kief is quite easy to produce. Actually, it’s the easiest step in this whole process. All you will need in order to collect your very own kief is a nifty grinder that has a kief catcher at its bottom.

Simply put your flower into the grinder’s topmost chamber and start grinding. The chopped bud will fall into the screen below, and the kief will get separated from the ground bub. It then gets stored in a final compartment.

When you’re done grinding, tap the grinder on a flat surface such as a table to ensure all of the kief falls through to the last compartment, we don’t want to waste any of that precious stuff, do we?

If you find this process tedious, as you are bound to, simply purchase quality kief from your local dispensary and skip to the next step.

Honey oil, also known as hash oil, is derived typically from a process called solvent extraction. Solvent extraction involves a chemical solvent such as alcohol, butane, or carbon dioxide being forced through the weed material. This process causes trichomes and other chemicals to be stripped from the plant as they dissolve in the solvent. The solvent is then evaporated or strained out leaving the CBD, THC, flavonoids, and terpenes behind in their oily state.

However, making your own cannabis honey oil can be tedious and time consuming.

Like with the kief, it is sometimes just easier to purchase the honey oil from your local dispensary.

The final, or first ingredient is the bud. If you are a weed connoisseur, you probably have your own potent weed growing in your background. The bud you choose doesn’t have to be the most expensive marijuana, but it should be high quality.

If not, purchase the finest, most potent strain from your local dispensary.

Earlier on in this article, we gave some suggestions of recommended strains.

Now that you have the cannabis caviar ingredients, we can start on the process. A quick check on everything you need:

·        Break a small piece of bud off the larger whole. This is what the tweezers are for, they will make it easier to hold and manipulate the pieces

·        Use the small brush or eyedropper to cover the piece you have extracted. Make sure that while you cover the whole area, you do not saturate it

·        Finally, roll your oil-covered bud in your kief until it’s totally coated

·        Repeat the process with the remainder of your bud, honey oil, and kief

·        Ensure the nuggets dry completely before use

That’s it. With these simple steps, you can have access to the most expensive weed in the world!

Cheap Weed or Expensive Weed – It’s all on the Market

Whatever your stance on its legalization, cannabis is a billion-dollar industry that cannot be ignored. According to the October 2017 Gallup poll issue, it is at the highest point it has been in the last five decades. This means, there will be more cannabis strains bred and new innovations made which may very well change the most expensive marijuana into something different.

It is no wonder expensive forms of cannabis are now entering the market. We hope you now know the world’s most expensive weed and that maybe you will have the opportunity to partake it in the not so distant future.

« Top 5 OG Kush Strains
What are the Best Edibles to Take? »