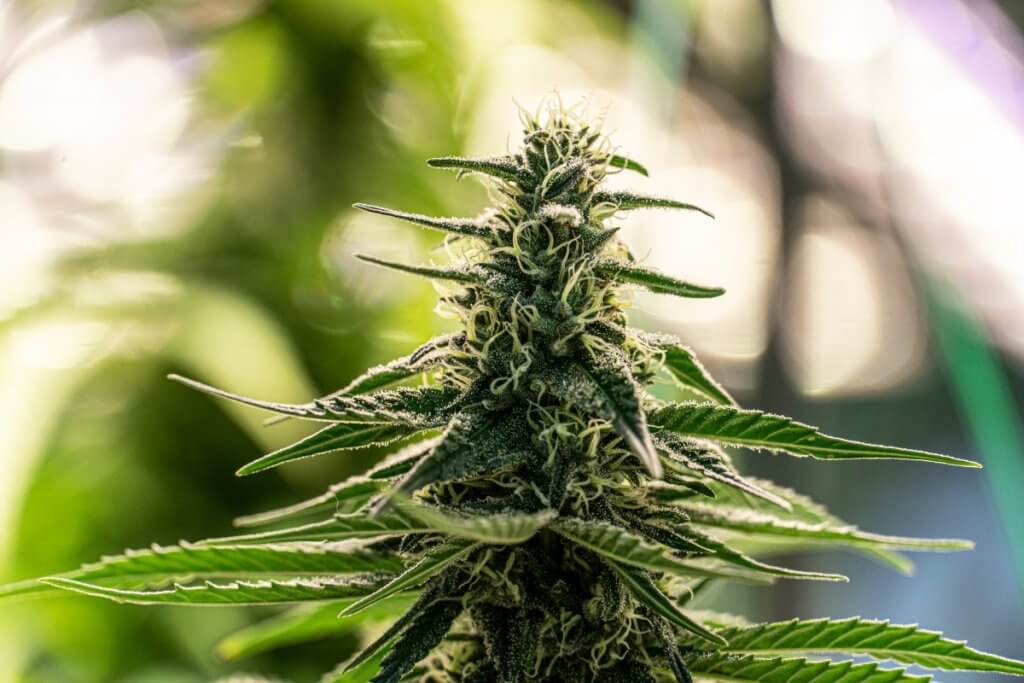 There’s a special feeling to biting down into an heirloom apple, genetically identical to what our ancestors used to eat. Its pedigree gives it an air of importance that subjectively improves smell, taste, texture… everything. What if we told you that you could also smoke heirloom cannabis?

These marijuana strains have been around for a long time, surviving in their original form despite the prevailing breeding practices. This fact alone speaks of quality. It’s no wonder that heirloom marijuana has such significance in canna culture.

Join us for a deep dive into these genetically unadulterated weed cultivars. We’ll discuss the relationship between landrace, hybrid, and heirloom strains, explain their importance for current and future market diversity and describe the classics available today.

What is heirloom cannabis?

Heirloom strains have several definitions among botanists, but they all share one component—long years of genetic similarity. When we speak of these cultivars, we’re referring to cannabis that stayed the same for at least 50 years.

Heirloom marijuana seeds get passed down between generations of dedicated gardeners without any cross-pollination. As a result, the offspring weed crops display very similar traits to their parents.

Natural processes are the name of the game with heirloom cannabis. Apart from avoiding cross-breeding among cultivars, gardeners produce new seeds via open pollination. The fertilization of a female cannabis plant occurs naturally via wind, birds, and insects.

These efforts have one simple purpose. Heirlooms need to remain as comparable to their landrace parents as possible (barring genetic changes due to nature). Speaking of landraces, how do they relate to this weed category?

What is the difference between landrace cannabis strains and heirloom strains?

You might’ve heard of heirloom cannabis while reading into the history of your favorite crop, but talk of it isn’t that common. If you’ve spent any amount of time exploring weed, though, you must know about landrace marijuana.

Landraces are cultivars that occur naturally in some environments, developing without any interference from humans. The distinction between landrace and heirloom marijuana is slight but relevant, and it mostly has to do with geography.

Landrace strains originated in Afghanistan and India for indica and Thailand and South America for sativa. These crops became heirloom cannabis after people took them elsewhere for cultivation purposes. How did this happen, then?

Many stoners traveled Asia and the Middle East in the ‘60s and ‘70s, following a route that we today know as the ‘Hippie Trail.’ These eager amateurs ran into marijuana and had a taste of indigenous landraces, and some took seeds back home.

Even absolute rookies know what followed. Breeders took hold of these landrace weed seeds and grew them in alternative environments. They began experimenting with cross-breeding to create new, exciting, more optimized strains of ganja.

Not everybody was into this modern approach, though, and some decided to cultivate more traditionally. Most heirloom strains developed in Hawaii and California, where the conditions are ideal for growing Thai and India-native weed seeds.

These new weed plants were no longer landraces in a technical sense, as they developed in new natural conditions. Heirlooms as we know them today were born.

What is the difference between heirloom strains and hybrid strains?

Let’s repeat what we know so far. Heirloom cannabis originates from landrace strains, taken from their natural environment and grown without genetic modification. They’re the response to the widespread hybridization that took place from the ’70s onward.

What about hybrid weed crops? Aren’t they also the product of landraces, crossed and crossed again until only the most desirable qualities remain?

That is true. Most cannabis on the market today is hybrid, displaying some qualities from its landrace parentage. Breeders play around with genetics to increase THC levels, boost flower and resin production, and make cultivation a breeze.

Remember how we said that heirloom cannabis seeds are technically not pure landraces? That’s because, no matter how much we try to preserve the original genetics, some changes occur due to a dynamic natural environment.

The difference between heirloom and hybrid lies in the scope and intentionality of genetic modification. Where heirloom cannabis sees minimal, natural changes, hybrids are altered with a clear purpose.

Now that you have a general picture in mind, we’ll zoom in on the details about heirloom strains to answer the questions of curious cannabis enthusiasts in the community.

Where did heirloom cannabis seeds originate?

Today we have heirloom cannabis seeds thanks to those pot pioneers who trekked the Hippie Trail in the ‘60s and ‘70s. They got hold of landraces and cultivated them under different conditions. This practice caused some genetic changes, but not across the board.

Some pot gardeners found that offspring strains displayed traits of their landrace heritage. Here’s where heirloom cultivation became most prominent:

These parts of the US displayed the perfect environmental conditions for landrace seeds. Of course, California later became a hotspot for cross-pollination, but some small marijuana farms held on to the heirloom strain originals and passed them down to future generations.

Why are heirloom strains unique?

Your opinion on this type of weed can go in one of two directions. Cannabis buffs who value tradition will itch to get an heirloom of their own. Others might wonder why anybody would bother when you have so many easy, optimized hybrids at your disposal.

We can’t tell you why you should or shouldn’t do it. We can only explain why heirloom marijuana seeds are unique and why they’re still relevant.

These heirloom strains travel from one rank of growers to the next. Each generation’s task is to maintain genetic purity, aiming at the maximum similarity between the parent and offspring marijuana plants.

Heirloom cannabis has never been cross-bred with other strains, which brings it as close to pure sativa or indica as possible in the Western world. Two groups benefit:

Why are heirloom marijuana seeds rare?

Heirloom cannabis seeds aren’t something you’d run into in your local dispensary. At this point, only a select association of growers and breeders gets the opportunity ever to tackle these beauties. Why is that so?

Ironically, the boom in weed cultivation made the originals less accessible than ever. Ease became the keyword, and that’s not what you usually get with heirlooms. For that reason, botanist-historians are a rare group that still manages marginalized heirloom marijuana.

There’s another factor in play here, and it also boils down to the industrialized nature of growing weed.

When commercial seed banks get their hands on heirloom marijuana seeds, they’re not very eager to share them with everybody else. They use this delicate collection of fertile plants to make in-house hybrid production easier and maintain them as a trade secret.

Why are heirloom marijuana strains important?

Why do people go through the trouble of maintaining heirloom cannabis in this day and age? Because they’re the closest to landraces that we can get here in the US. Their genetic heritage preserves original cannabis species.

Without heirlooms, we’d already lose some indigenous strains. Landraces are in danger due to natural environments, wars, the commercial use of land, and the war on drugs. Heirloom marijuana seeds act as little sanctuaries, safekeeping the plant genome that started it all.

If you don’t care for tradition, consider the unexplored potential that still lies in those gene pools. Cannabis breeders already performed magic with a few little seeds that entered the country, and that’s while the field was still in its infancy.

Just think about how recently marijuana became more accepted. With the right practices, the potential medical, psychological, and purely hedonistic cannabis uses are endless. People who carry out these possibilities will appreciate a pure genetics base for their experimentation.

Okay, you now understand why current and prospective breeders care about heirloom strains. What about regular growers? With so many varieties available, why should they consider this fairly limited option?

Most weed cultivators who grow for smoking purposes are better off with crosses. There are certain benefits of heirloom cannabis worth considering, though.

For one, hybrids can be unstable. Of course, if you purchase from reliable dispensaries, they’ll sell already stabilized weed seeds only. Smaller seed bank supporters might see issues in this regard, with new crosses displaying too many sativa or indica properties.

On the other hand, heirloom cannabis seeds are as stable as they come. Their predictability comes from their landrace heritage, letting you cultivate pot and always know what you can expect in your garden.

New strains can bypass this issue with first-rate breeding practices, but you have to be careful about your purchase spots. Balanced quality is pretty much a given with heirloom marijuana seeds that made their way back into the States.

Given everything we’ve discussed so far, you won’t be surprised that the heirloom strains list isn’t long. Let’s explore the cannabis gene pools we still maintain in America.

Heirloom OG is an indica cannabis cultivar. It likely originated as a cut of OG Kush that arrived in California in the 1960s.

Cannabis didn’t originate in Hawaii, but the scenic island’s been home to many gorgeous semi-native strains.

Not real landraces, these gene pools developed a tropical twist specific to their new environment. They’ve been around since the ’70s, which is just enough time to warrant discussing the Hawaiian heirloom genetics.

Purple Kush is the heirloom purple strain found in the US. It’s a pure indica that arrived from the Pakistan-Afghanistan region during the Hippie Trail and was grown in Oakland, California.

Congratulations, ganja historians. You’re now a bit more familiar with the origins of all those vibrant hybrids we know and love. It all started with landraces, which eventually turned into heirloom cannabis. Breeding technology exploded, and the rest is history.

Have you tried cultivating with heirloom cannabis seeds? Share your thoughts below. Check out the rest of our blog to learn more about the amazing weed world. We write about various topics, from pot history overviews to practical guides on growing and smoking.

When you’re done exploring tradition, visit our seed store. Take in the massive selection of hybrids that make up the modern cannabis landscape and revel in the possibilities.

« Does Weed Interact With Any Medications?
Flushing Cannabis: When, Why, And How To Flush Your Plants »