Can You Overdose On Weed? What Is Marijuana Overdose & Methods To Cope 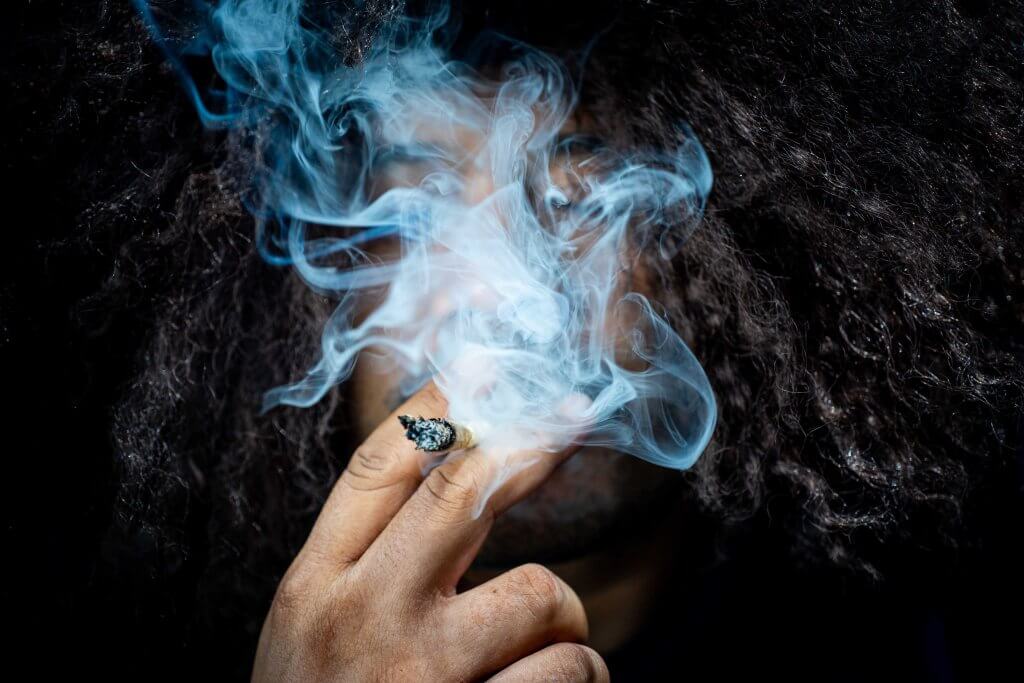 It’s 3 am, and you’re five brownies down. While savoring what’s left of your chocolatey concoction, the realization hits you—you’ve eaten a whole tray of weed brownies! Will you be okay? Can you overdose on weed? Are you destined to be the Last Airbender?

We’ve all been there—don’t panic. Grab a glass of water and read on as we unpack the truth about whether a marijuana overdose is possible and the effects of overuse. We’ll also guide you on coping with the side effects of excessive marijuana use. Let’s dig in.

Can you overdose on weed?

Can you overdose on marijuana? This controversial question forms the grounds for many arguments—causing many parties to end early. Some argue that weed shares the same consequences as other stimulants or opioids. Others believe that marijuana is harmless and cannot cause severe side effects.

An overdose is defined as an excessive and dangerous dose of a drug. The likelihood that you’ll overdose on weed is extremely low. For marijuana to pose a risk of danger, experts say you’d have to consume around 24,000 ounces of weed every 15 minutes.

The truth is you can’t overdose on weed in the same way you can overdose on other drugs like heroin. Opioid abuse killed more than 28,000 Americans in 2014, and alcohol-related deaths take around 88,000 people yearly.

Common drugs like opioids cling to the brain locations responsible for vital functions, so overconsuming causes severe and sometimes fatal side effects. Cannabis typically affects the memory and coordination areas, leading to less severe reactions even with a marijuana overdose.

Cannabis use has more pros than cons and may even help prevent overdoses. A recent study found that legal weed states where patients use pot for chronic pain have fewer deaths from opioid overdoses. A marijuana overdose is unlikely to kill you, and weed may even prevent a fatal overdose from opioids.

Can you die from smoking weed?

Can you die from smoking weed? If you smoke 2,000 blunts in ten minutes, you might come close. To date, marijuana hasn’t been ruled as a cause of death. That doesn’t mean you won’t have any negative side effects if you overdo it.

You can’t die from smoking weed, but puffing a joint does pose several health risks and may cause lung irritation and asthma triggers. Ironically, smoking doesn’t account for more marijuana-related ER visits—edibles do. The reason is the effects of smoking weed don’t last as long or hit as hard as edibles.

Excessively smoking cannabis can cause severe side effects like paranoia and racing heartbeat, worsening pre-existing conditions like anxiety and heart problems. The chances of a weed overdose from smoking are rare, and dying from it is virtually impossible.

Can you overdose on THC?

Tetrahydrocannabinol (THC) is the psychoactive compound in cannabis responsible for many intense marijuana overdose symptoms. The recommended dosage for THC is around 5–10mg, and medical and regular users typically use higher doses up to 50mg.

In the past few years, the strength of marijuana strains has increased, resulting in higher THC concentrations. THC levels increased from 3.4% in 1993 to 8.8% in 2008.

Modern consumption methods such as dabbing and edibles make it easy to over consume THC since they’re hard to dose. High amounts of THC can increase the negative symptoms of an overdose on marijuana.

How much THC is too much?

Can you overdose on THC? High THC products like edibles and tinctures have inconsistent levels. People may consume products assuming they contain the same amount of THC they’re used to. Some products come with THC/CBD percentages, but these are just estimates as there are no regulations for THC content.

Too much of anything can cause negative reactions, and cannabis is no different. Most states are legalizing marijuana use but regulating THC levels is a guessing game at this point. While you can’t overdose on weed the same way as other substances, you can face severe side effects from excess THC.

The truth is marijuana studies are lacking, and there’s no clear definition of overdose amount. Doctors aren’t sure how much THC it takes to experience severe effects or if you can overdose on THC. Some regular users handle THC in high amounts while others stick to their limits, so THC doses depend on the individual.

A look at marijuana overdose statistics

Weed overdose statistics are lacking because it doesn’t pose life-threatening side effects like other substances. States where cannabis is legal have reported an increase in ER visits from marijuana users. A 2011 study found that 1.7% of lifetime pot users reported an ED visit.

Can you overdose on weed? Cannabis overuse is the second most common reason for substance-related ER visits. Over 71% of marijuana-related ED patients were sent home or referred for substance abuse therapy. It’s clear that cannabis overuse or misuse typically causes mild side effects like anxiety.

How many people have died from weed?

How many people have died from weed? According to the National Institute on Drug Abuse (NIDA), there have been zero fatalities due to marijuana. They warn that cannabis hasn’t killed anyone, but side effects like increased heart rate pose a risk for underlying conditions like heart disease.

In a 2019 Louisiana case, Coroner Christy Montegut reported the first supposed marijuana fatality. Upon further investigation, medical experts doubt that cannabis use was the leading cause and believe the deceased had underlying medical conditions. The consensus that you can’t die from smoking weed remains.

So, how much weed is too much?

Can you overdose on weed? If you have too much marijuana, you can experience negative side effects. The question of what amount is considered too much is relative. People tolerate cannabis differently—some enjoy high amounts while others prefer microdosing.

Different consumption methods greatly affect how intense the weed will hit you. It’s rare for someone to experience symptoms of a marijuana overdose from smoking a few puffs of an old-school blunt.

Methods like dabbing involve potent concentrates that contain high levels of THC and may have traces of other potentially harmful substances.

The possibility that you can overdose on marijuana is more likely with one consumption method. Edibles take the cake when it comes to overdose sensations and are the main reason for most marijuana-related ER visits. These effects are due to the complex way edibles are processed.

The THC in canna-food is processed by your stomach, metabolized by your liver, and then transferred to the bloodstream. This process can take anywhere from 20 minutes to 2 hours to come into effect. You can overdose on THC if you don’t wait for the edibles to hit before having another helping.

Substances like alcohol mixed with weed may amplify negative side effects. Alcohol can make even small amounts of THC feel like too much, leaving individuals feeling cross faded and creating symptoms of a cannabis overdose.

Symptoms that you are close to overdose on weed

With other substances like alcohol, symptoms of an OD are severe. Can you OD on weed? If you over consume pot, you may experience a magnified version of the side effects, such as:

Some of the extreme side effects of a marijuana overdose include:

You can overdose on THC, but the side effects typically subside within a day. If you use methods like smoking, it may die down in as little as 20 minutes. When you overdo it with pot, you’ll likely have a weed hangover and green out.

Greening out refers to a sick feeling that some people get, usually from a cannabis overdose. Someone with green fever may experience pale skin, nausea, and a general feeling of malaise. Higher THC cannabis generally causes more severe symptoms, especially in high doses.

How to cope if you’ve consumed too much weed?

The most important tip is—don’t panic. Take a deep breath and follow these steps:

Do something that calms you down—put on your favorite playlist, rewatch a familiar series, or have a hot beverage. Remember that you can’t die from smoking weed, and in time, the bad symptoms will fade.

Try not to go over the top with activities and movies, as overstimulation could make a marijuana overdose worse. If you’re panicky or paranoid, then a cool room with warm lights and silence is best. Try a low-stimulation activity like reading.

Eating a good meal can make anyone feel better. If you’re feeling dizzy, faint, or shaky, you may just need something sweet or salty to revive you.

Eating may be a total turn-off for those who suffer from cottonmouth, so opt for hydrating foods like fruits. Sometimes a comforting bowl of soup is all it takes to relieve a cannabis overdose.

If all else fails, sleep it off. Get comfy in your bed and let your body work the marijuana out your system overnight. Time heals all wounds—even a weed overdose, which will pass when you get some rest.

Many experienced weed consumers say that smelling or chewing black peppercorns can relieve the negative effects of a cannabis overdose. There’s no evidence to support this claim, but experts think caryophyllene in black peppercorns may weaken the bad reactions.

Caryophyllene is a spicy terpene found in many foods and even some cannabis strains like that from Purple Punch feminized seeds. It can clear your sinuses and help you relax. Strains with this terpene are said to lower the negative side effects of a marijuana overdose.

Caryophyllene may be beneficial for more than just an overdose on weed. A 2014 study found that caryophyllene reduced alcohol intake, making it a possible treatment for addiction and substance abuse. The stress-relieving effects make this a powerful healing terpene.

Being alone isn’t the best feeling if you’re dealing with a weed overdose. Call a friend or invite them over.

You can order a pizza and talk about how you’re feeling or just hang out and watch tv. Having the presence of another person can help you feel less paranoid and keep you focused on socializing instead.

Use a CBD product

A 2013 study found that CBD may counteract the negative effects of THC. If you’re enjoying a high THC strain, it won’t hurt to have a few drops of CBD oil to prevent an overdose on marijuana.

If you’re experiencing severe physical cannabis overdose symptoms like chest pain and trouble breathing, you should go to the hospital or a doctor. These medical professionals can help to ease your symptoms.

Remember that even though you can overdose on weed, you won’t die, and chances are you’ll feel better in a few hours. If you experience serious psychological conditions like anxiety, depression, or suicidal thoughts, you can find help at the National Hopeline Network.

How to prevent marijuana overdose?

The good news is cannabis is safe to use, and you can take simple steps to ensure that you don’t overdose on weed. Here are some tips to ensure your high is a good one every time:

Everything is going to be okay

Can you overdose on weed? You can, but the symptoms are nowhere close to as severe as with other substances. Over-consuming cannabis causes temporary effects that are mostly mild and fade in a few hours. You can easily prevent negative reactions and ease symptoms with water, food, and sleep.

One of the best ways to prevent a marijuana overdose is to ensure you consume excellent quality weed. You can find a wide variety of the finest cannabis seeds to suit your tolerance level at Homegrown Cannabis Co.

« Cannabis Terpenes: A Complete Guide
Dry Ice Hash: All You Need To Know »