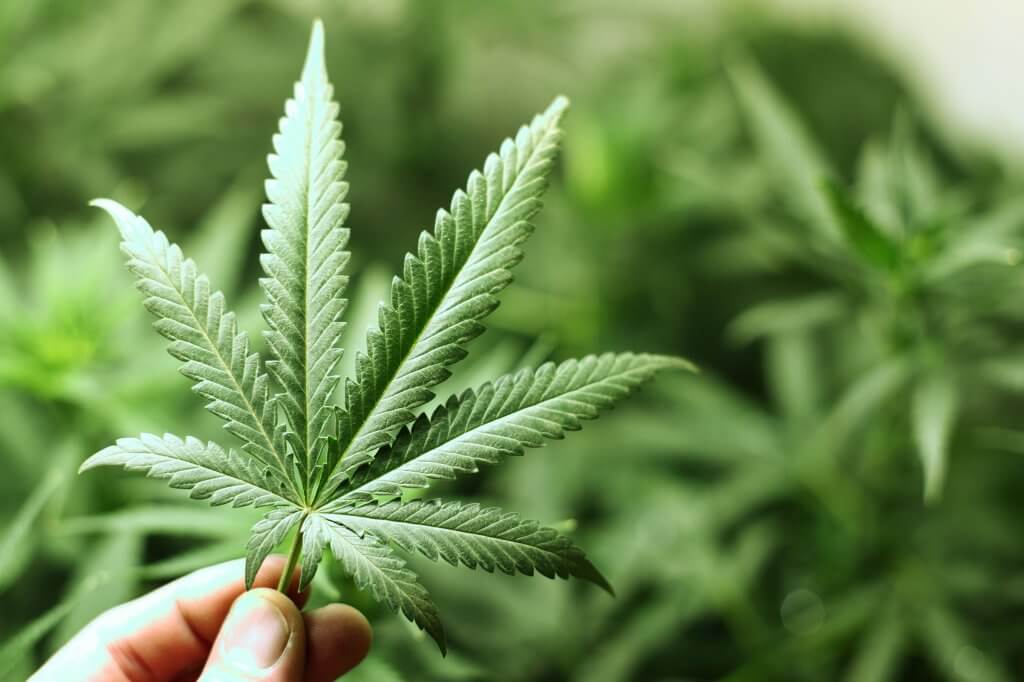 From ancient China to the modern-day USA, marijuana has stood the test of time.

Misunderstanding marijuana legalization facts can land you in serious trouble. With an estimated 22.2 million users every month, weed is by far the most frequently used illegal substance in America.

A few regions have legalized cannabis and several more made it available for medicinal use. On a federal level and in the majority of the states, it remains taboo. Check out the U.S. states where weed is legal.

Recent studies into cannabis’ properties revealed several interesting medical facts. This research made it clear that there’s much more to marijuana than merely using it for recreational purposes.

With the widespread use of pot piquing people’s curiosity, many interesting facts about weed are emerging. Cannabis is quickly losing its association with hippies and criminals and slowly becoming part of everyday life and culture. As the threat of jail time diminishes, more people are starting to accept marijuana, opening their minds to its benefits and perks.

Are you looking to quench your thirst for knowledge? Read on for some fun facts about marijuana that are guaranteed to enlighten your mind.

Just when you thought you knew it all. Here are 50 facts about weed that’ll blow your mind.

1. The primary difference between a hermie and a nanner is that hermies result from inherent genetics, whereas nanners typically form due to unfavorable conditions, such as plant stress.

2. They laid the Buffalo Soldier to rest with his favorite Gibson guitar, the Holy Bible, and a reefer bud – R.I.P. Bob Marley.

3. In North Korea, weed is legal as the country doesn’t consider it to be a drug.

4. Cannabis and hemp are excellent sources of food for livestock.

5. Scientists have been unsuccessful in their attempts to produce a pill capable of replicating the effects of cannabis.

6. While millennials use marijuana, they’re prone to drinking less beer. Comparing the expense of drinking to the amount stoners spend on weed per month, smoking ganja is a lot cheaper. Also, dear old Mary Jane won’t leave you with a stoneover, so you can get up bright and early.

7. Stoked about employment stats – it’s estimated that the cannabis industry is responsible for more than 428,000 jobs.

8. Less than 10 percent of marijuana users run the risk of becoming addicted.

9. Another reason why marijuana should be legal is that statistics show no increase in teenage weed usage in states that allow the use of cannabis.

11. Weed and British queens. Yeah, you read that right. Apparently, Queen Victoria used it for menstrual pains, but Queen Elizabeth I used it in a more pleasurable manner. The ruler liked to offer it to her guests and even passed a law to coerce farmers into planting ganja on their land.

12. The Indian milkshake “Bhang” uses ganja as its primary ingredient.

13. Even some of the founding fathers were associated with cannabis. Both George Washington and Thomas Jefferson owned hemp plantations.

14. As far as interesting facts about marijuana go, even Martha Stewart admitted that she knows how to roll a joint.

15. The US military developed a synthetic version of weed called DMHP in 1949. Shockingly, the effects of this drug would last for days on end.

16. Over the last six years, cannabis has become one of the fastest-growing industries in America. Should all 50 states legalize it, marijuana has the potential to overtake even the organic food market.

17. Barack Obama isn’t so innocent after all. During his days in college, he was part of a group of boys that smoked weed and played basketball.

18. Marijuana is the first item ever to be sold over the net. A few MIT students sold some weed to a group of Stanford scholars using Arpanet (an early version of the internet) 40 years ago.

19. According to the UN, an estimated 3.8 percent (158.8 million people) of the world’s population uses cannabis.

20. When it comes to facts about cannabis, it’s interesting to know that the Chinese have been using marijuana seeds since 6,000 BC.

21. Were they preparing for the afterlife? In 2008 archaeologists discovered a 789-gram stash of 2,700 year-old marijuana in a Chinese tomb.

22. In Italy, Rastas are allowed to legally possess weed because cannabis is a sacrament to their religion.

24. The federal government’s “official expert” on marijuana between 1938 and 1962 testified, under oath, in a court of law that when he smoked weed, it transformed him into a bat.

25. Beer hops and marijuana both form part of the same family of flora, technically making them cousins.

26. A recent national survey revealed that roughly 6,000 Americans use cannabis for the first time every day.

27. Traditionally, the name marijuana was a Mexcian slang term used for cannabis, and it’s believed that it comes from how Mary and Jane get pronounced in Spanish.

28. The term marijuana rose to popularity in America during the late 19th century.

29. Delta 9 tetrahydrocannabinol (THC) is the primary active ingredient in pot and the chemical responsible for producing marijuana’s mind-altering effects.

31. During the late 19th century, the temperance movement often recommended that people consume marijuana instead of alcohol because drinking frequently led to domestic violence.

32. In 2737 BC, the Chinese emperor Shen Nung was the first person to record the use of cannabis for medically treating gout and rheumatic pains.

33. Between 1850 and 1942, Americans could legally obtain weed over the counter at their local pharmacy or general store. The US Pharmacopoeia listed cannabis as a practical medicine for treating labor pains, rheumatism, and nausea, making it another reason why marijuana should be legal.

34. In the US, men are considerably more likely than women to use weed.

35. Canada made history in 2003 by becoming the first country to offer medical cannabis to pain-suffering patients.

36. It’s believed that the world’s largest marijuana producer is Paraguay.

37. Samuel Caldwell, the first American to be arrested under the Marijuana Tax Act, was sentenced to four years in Leavenworth (hard labor) and fined $1,000 in October 1937 for selling cannabis without paying the mandated tax.

38. When it comes to marijuana legalization facts: Of the fifty states, California became the first to approve medical marijuana, provided you’ve got a valid doctor’s recommendation.

39. The main difference between weed and hemp is that the psychoactive ingredient (THC) doesn’t get produced by hemp plants.

41. Following Tupac Shakur’s murder, his band members mixed his ashes with cannabis and smoked the concoction.

42. To die from a weed overdose (OD), you have to smoke more than 1,500 lbs of ganja within 15 minutes, making it virtually impossible to depart this life due to a grass OD.

43. Another fun fact about marijuana: Producing 2,2 lbs of reefer requires energy equal to the amount of power you’ll need to cross the states five times in a vehicle that does 44 miles per gallon of fuel.

44. The Mayflower’s caulking, sails, and rope were all produced using hemp fiber.

45. Highway fatalities have reached an all-time low in Colorado since the state legalized the use of ganja.

46. The first US flag, created by Betsy Ross, was made from hemp.

47. Spiders tripping on sinsemilla are quickly distracted, build messy webs, and give up easily.

49. Roughly 100 million Americans have tried cannabis at least once, and more than 25 million smoked reefer over the last year.

50. Alaska was the first American state to legalize ganja for personal use, having done so in 1975.

One of the primary reasons for marijuana’s newfound popularity is the herbs’ medicinal properties. Derived from research studies, here are some of the most exciting medical discoveries.

1. Listed as a marijuana medical fact, CBD in hemp and cannabis reportedly shuts down the Id-1 gene, effectively blocking the spread of cancer.

4. Weed may help treat specific age-related ailments, such as glaucoma, vomiting and nausea associated with chemotherapy, and various chronic pains.

5. Even cannabis leaves are useful. They contain many beneficial chemicals, such as THCA, CBDA, various terpenes, and Chlorophyll, that can be consumed as edibles or turned into topicals and creams to treat a broad-spectrum of ailments without getting high.

Why marijuana should be legal

Various states recently legalized marijuana for recreational or medicinal purposes or both. Despite this fact, in 2018, the US government claimed the right to criminalize the possession, sale, and growth of weed across the country.

This right isn’t granted to them by the Constitution; instead, it’s a US Supreme Court decision.

There are two sides to the story, and both come with compelling arguments. Here are the primary reasons for and against why marijuana should be legal.

Pros and cons of legalizing marijuana

Why marijuana should be legal

Overall, the legal system prevents modern society from falling into chaos. No one disputes the fact that laws, in general, are necessary, but to what extent?.

Those who oppose the legalization of marijuana base their findings on unsubstantiated beliefs. They propagate that the government knows better than yourself what is best for you, but no good has ever come from making our rulers the guardians of our lives and culture.

In contrast, the reasons why marijuana should be legal gets based on reality, and scientifically proven facts, making a much more compelling argument. Decriminalizing cannabis will reduce crime and incarceration, generate a substantial income boosting the annual fiscal budget, and significantly improve healthcare through using medicinal weed.

The pros significantly outweigh the cons, leaving no doubt that the federal government should legalize recreational and medicinal marijuana use.

How does marijuana affect the brain?

It’s a well-known fact that dope contains mind-altering compounds capable of affecting your brain. Clinical research has yet to prove that these effects will have long-term implications, though. Smoking or consuming weed may:

Research studies revealed that marijuana can be addictive, and regular ganja use could have long-term effects on your brain. One of the most interesting facts about weed derived from these findings is that only about 10% of individuals who smoke reefer will become addicted to it.

Marijuana vs. Alcohol and tobacco

According to several research studies, it’s reasonable to conclude that both alcohol and cigarette smoke are significantly more harmful than marijuana.

Using a novel method, scientists measured the mortality risk associated with using various illegal and legal drugs. Derived from their findings, it’s clear that while alcohol is the deadliest, ganja is the least risky.

The study concluded that alcohol poses the most significant risk of death at the individual level, followed closely by nicotine, heroin, and cocaine. Cannabis presented the lowest probability of early departure, making it the safest recreational drug to use.

With the controversy surrounding cannabis use and legalization, it’s not uncommon for us to become overwhelmed by the facts and myths about weed.  By now, you’ve learned some fun new realities; how many of these didn’t you know?

If you, too, would like to feel just like that spider, visit GYO today and stock up on supplies for a fun-filled, factual afternoon with friends.