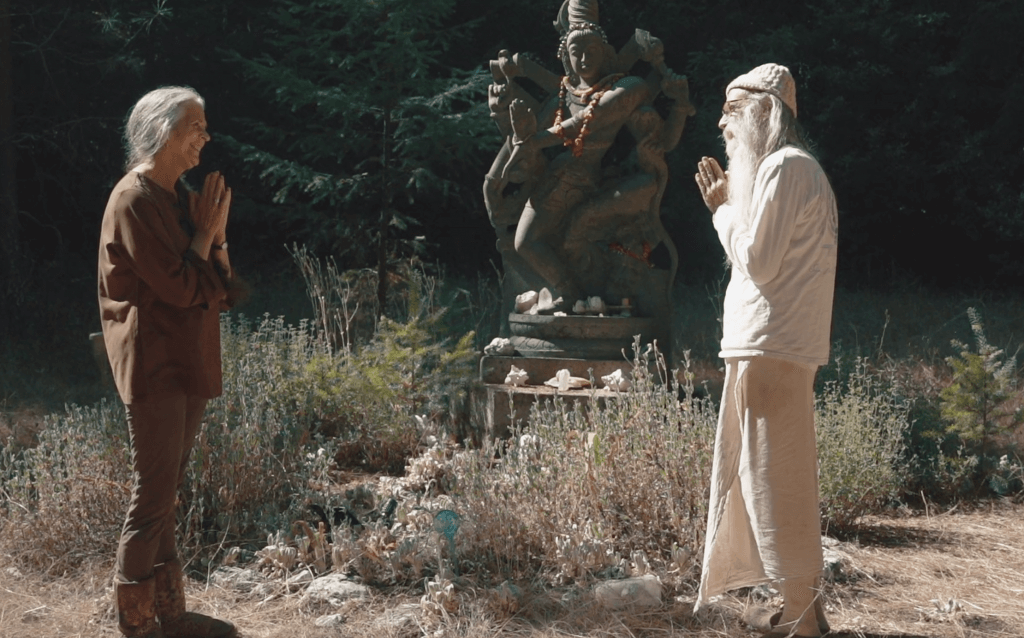 Nikki Lastreto and Swami Chaitanya, are, without doubt, the world’s most-loved cannabis couple. They are wonderful people, an absolute pleasure to be around, and they know everything there is to know about growing cannabis outdoors from seed.

Their partnership with Homegrown was born out of shared ideals, common values and mutual beliefs. ‘Growing your own cannabis is a fundamental right,’ Swami told us, ‘we have a right to grow our own food and to grow our own medicine.’

Anyone who’s sampled cannabis from the Swami Select garden (Ganja Ma) knows very well these guys don’t just grow. They produce the best sun-grown cannabis in the world, seriously. We challenge anyone to prove us wrong.

When you walk around Ganja Ma Gardens, especially at harvest time, there’s a palpable sense of excitement. The air shimmers dreamily in the sun, misty with insects and thick with the delicious stink of ripe cannabis. Swami touches the buds, strokes the leaves, asks the plants one by one if they’re ready. He only harvests with their permission.

Cannabis is now a multi-million dollar industry. Dispensaries (good and bad) are popping up all over the states, but it’s hugely important to stay connected to the plant in a spiritual way. This is easier when growing your own, even easier when growing outdoors. Putting your fingers in the soil, making compost, preparing the beds. Once you succeed with outdoor cannabis, you’ll probably find yourself growing tomatoes, herbs, squash, making your own food as well as your own medicine, as Swami says, ‘it’s about the magic of growing things.’

Having started life as an academic on the East Coast, Swami has grown into one of the most well-respected cannabis cultivators in the US.  After moving to San Francisco in 1967, he traveled all over the world, living in South America, Europe, and India (for many years). His journey with cannabis began in the early 70s, and eventually carved a path to Mendocino County – probably the most famous cannabis-growing county in the entire world.

Nikki was born on the West Coast, a true San Franciscan and genuine, bonafide flower child. She made her name as a journalist, writing for numerous publications and broadcast companies across San Francisco.

Like Swami, she yearned to travel, to visit distant lands, and taste exotic culture. She traveled to India and eventually found herself back in Cali, in Mendocino County, where she co-founded Swami Select. Like Swami, she loves crafting sustainable, lab-tested, organic cannabis, cultivated in living soil. It’s as if the goddess of Ganja was guiding their path, forever pushing them towards each other. We are thankful she did.

Having cemented their place as specialists in their field, they were invited to the judging panel of the Emerald Cup: sampling, judging, and presenting the annual ‘Best Flower’ award. If that isn’t a dream job, we have no idea what is!!! Their expertise is indisputable and their palates are as refined as the finest judges of wine. They know good weed.

Nikki and Swami are dedicated to keeping cannabis cultivation as clean and natural as possible, taking pride in their regenerative methods and sustainable farming.

This pride comes through when you spend time with them, when you strain your neck to look up at their giant plants, and when you sit down to sample their delicious, sun-grown flower.

‘We’ll always be a small, craft brand that guarantees the product is pure, clean, and the best that we can possibly grow. We’re going to keep fighting for the purity of the product, protecting the small farmer and the art and craft of growing heritage cannabis, artisanal cannabis.’ We are truly blessed.

It’s always nice to have at least one Indica dominant strain in your garden and this OG is up there with the best. Nikki and Swami’s Lemon OG Feminized delivers a heavy yield of beautiful buds and a relaxing, creative high – all wrapped up in a deliciously compulsive aroma of lemonade and Skunk.

This is the perfect cultivar for those with a few grows under their belt. With Nikki and Swami’s Taängie Feminized, the main challenge will be managing the stretch and the general size, with some extra support needed towards harvest. Taängie is rich in myrcene, pinene, and caryophyllene, terpenes linked with myriad medicinal benefits. It’s a tasty, tantalizing, and super-uplifting treat.

One toke of Nikki and Swami’s Maracuya Feminized and you’ll have tangy citrus, passion fruit, and marmalade flirting with over-excited nostrils. This is a delicious cultivar, which causes your mood to become really upbeat, and extremely chatty. Yes, it’s an enjoyable way to get stuck into a book or a movie, but it’s far too sociable for solo sessions. Get your mates round, get the snacks out, and INDULGE.

« Meet the Expert: Steve DeAngelo
How To Have Bigger Yields By Mainlining »